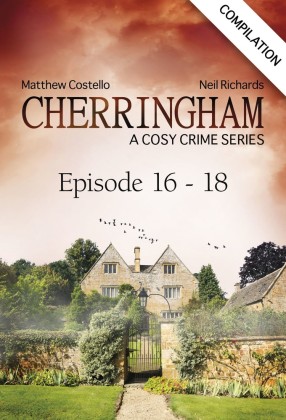 Jack's a retired ex-cop from New York, seeking the simple life in Cherringham. Sarah's a Web designer who's moved back to the village find herself. But their lives are anything but quiet as the two team up to solve Cherringham's criminal mysteries. This compilation contains episodes 16 - 18: THE LAST PUZZLE When amiable old village eccentric Quentin Andrews dies, the good folk of Cherringham are astonished at the crowd that turns up to his funeral. But even more astonished are the beneficiaries of his will: Quentin has left a veritable fortune to whomever is the first who can solve an intricate 'Cherringham crossword.' That puzzle is only the first of many that Jack and Sarah will uncover as they follow the treasure hunt for clues and learn the truth about who Quentin Andrews really was. And the biggest mystery of them all ... was he - in fact - murdered? FINAL CUT When a big movie production comes to Cherringham, complete with lords, ladies, and flashing swords, the whole village is abuzz with excitement. But when a series of dangerous accidents threatens the life of the young lead, Zoe Harding, Sarah and Jack get involved. Are these really accidents? Or could they be something more sinister - even deadly? Who is trying to destroy the career of the beautiful young star - and why? THE VANISHING TOURIST When an American tourist goes missing in Cherringham, the local police don't see reason for concern - people often wander away from such tours. But when that tourist's sister shows up from New York, desperately looking for answers, Jack and Sarah become convinced there's more to the disappearance than meets the eye. Soon, they are entangled in a mystery with a secret history of betrayal, sacrifice, dishonour ... and death. Cherringham is a serial novel à la Charles Dickens, with a new mystery thriller released each month. Set in the sleepy English village of Cherringham, the detective series brings together an unlikely sleuthing duo: English web designer Sarah and American ex-cop Jack. Thrilling and deadly - but with a spot of tea - it's like Rosamunde Pilcher meets Inspector Barnaby. Each of the self-contained episodes is a quick read for the morning commute, while waiting for the doctor, or when curling up with a hot cuppa. Co-authors Neil Richards (based in the UK) and Matthew Costello (based in the US), have been writing together since the mid 90's, creating content and working on projects for the BBC, Disney Channel, Sony, ABC, Eidos, and Nintendo to name but a few. Their transatlantic collaboration has underpinned scores of TV drama scripts, computer games, radio shows, and - most recently - the successful crime fiction series Cherringham. Now into its second season of 12 novellas, Cherringham is popular around the world and has been adapted as a series of audiobooks in Germany.

4. Questions at the Pig

Jack looked around at what had to be his favourite restaurant in Cherringham, or even the whole Cotswolds ... the wonderful Spotted Pig.

And for lunch - which Jack had never done - the place was packed. Co-owner Julie racing around, taking orders, and bringing them to her husband Sam whose passion for locally sourced, sustainable foods was only matched by his desire to absolutely knock diners' socks off with the taste.

Jack turned back to Tony. "No need to do that."

"None at all," Michael Edwards agreed.

But Tony insisted, and even ordered a lavish bottle of wine, again not a midday practice for Jack.

"That crowd of heirs ..." Sarah said, taking a sip of the pricey Châteauneuf-du-Pape, " That was absolutely mad, Tony."

"I know. If I ever get around to writing my memoirs, that scene will surely be one of the highlights."

Only Sarah's father seemed quiet. Sipping the wine, sitting there.

Sarah's father had seemed to be staring off into the distance, but Jack's words brought him back.

"Um, well ... yes ," he winced as if whatever his thoughts were, they were bothering him.

"Right, well, this puzzle thing. I know he loved the history of Cherringham ... and chess, of course. But this game ? It's ... I don't know ... bizarre . I mean, does he want any of them to actually win the inheritance?"

"Then there's-" Jack watched as Michael stopped himself, took another sip of deep red wine.

He lowered his voice.

"Nor did I," said Tony, "Not until I opened his 'Instructions to the Executor'."

Jack nodded at this.

Quentin Andrews was creating quite a stir from beyond the grave. And here Jack was, sitting with Michael - the one person who should have known him best - and who seemed in the dark about his friend.

"Well, over our gambits and scotches, not much, now I really come to think of it ..."

He looked at Sarah.

Did she realise that Jack was having his own thoughts?

That maybe there was something going on here, something intriguing ... mysterious ...

And for the first time he had this thought: with all that money ... who knows?

What would someone do ... could have done ... to get their hands on it?

When the main courses arrived, Sarah watched Jack as he took the measure of his steak and then moved in for the kill.

In a lot of ways he was hard to second guess - but she knew by now that a meal at the Pig meant only one thing for her American friend: a T-bone, rare, with Sam's special peppercorn sauce.

Sarah savoured every mouthful of her poached salmon - lunch out at a restaurant was a rare treat these days.

Years ago, back in London, it was a regular event - always another wealthy client to be treated, stroked, and spoiled. But the typical customers for her web agency in Cherringham were more likely to bring a sandwich from Costco's if Sarah ever suggested meeting over a bite to eat.

She watched her father put down his knife and fork, and pause.

"You know, one thing that really does surprise me ..." he said, breaking the silence, "... was the number of people at the funeral. I mean - who on earth were they?"

Tony topped up the wine glasses and Sarah saw him casually order a second bottle with a practised nod to Julie across the restaurant: "Believe it or not, Michael - they were Quentin's fans." 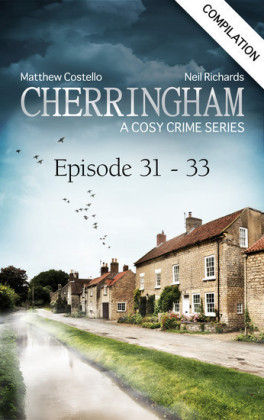 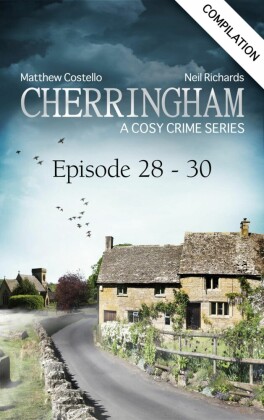 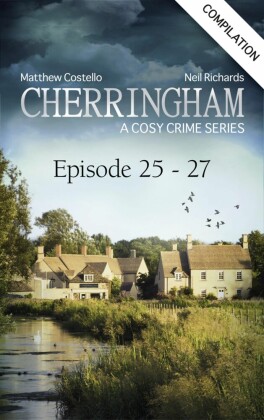 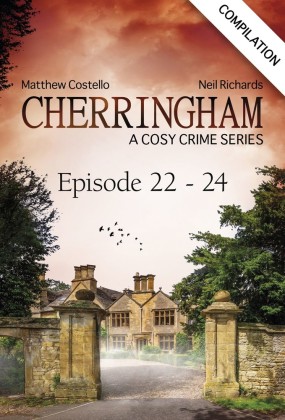 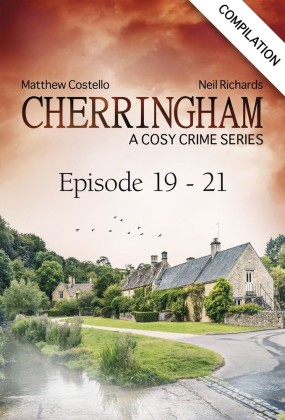 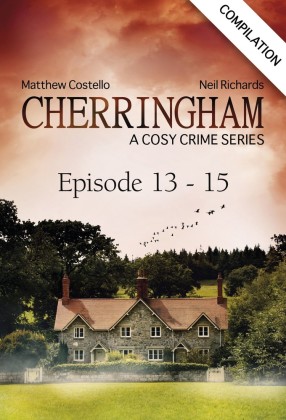