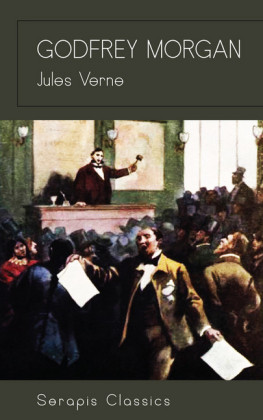 The narrative begins with the auction by the US Government of fictional Spencer Island, located 460 miles off the California coast. The island is uninhabited and there are only two bidders, William W. Kolderup, a very wealthy San Franciscan, and his arch-rival J. R. Taskinar, a resident of Stockton, California. Kolderup wins the auction, buying Spencer Island for four million dollars. J. R. Taskinar mutters, 'I will be avenged!' before retiring to his hotel. Godfrey, an idle twenty-two-year-old, lives with Kolderup, his uncle, and Kolderup's adopted goddaughter, Phina, whom Godfrey has grown to love. Prior to marrying Phina, Godfrey asks to undertake a world tour. Acceding to his desire, his uncle sends Godfrey on a sea voyage around the world on board one of his steamships, the Dream, commanded by Captain Turcott...

IN WHICH THE READER HAS THE OPPORTUNITY OF BUYING AN ISLAND IN THE PACIFIC OCEAN.

"An island to sell, for cash, to the highest bidder!" said Dean Felporg, the auctioneer, standing behind his rostrum in the room where the conditions of the singular sale were being noisily discussed.

"Island for sale! island for sale!" repeated in shrill tones again and again Gingrass, the crier, who was threading his way in and out of the excited crowd closely packed inside the largest saloon in the auction mart at No. 10, Sacramento Street.

The crowd consisted not only of a goodly number of Americans from the States of Utah, Oregon, and California, but also of a few Frenchmen, who form quite a sixth of the population.

Mexicans were there enveloped in their sarapes; Chinamen in their large-sleeved tunics, pointed shoes, and conical hats; one or two Kanucks from the coast; and even a sprinkling of Black Feet, Grosventres, or Flatheads, from the banks of the Trinity river.

The scene is in San Francisco, the capital of California, but not at the period when the placer-mining fever was raging-from 1849 to 1852. San Francisco was no longer what it had been then, a caravanserai, a terminus, an inn , where for a night there slept the busy men who were hastening to the gold-fields west of the Sierra Nevada. At the end of some twenty years the old unknown Yerba-Buena had given place to a town unique of its kind, peopled by 100,000 inhabitants, built under the shelter of a couple of hills, away from the shore, but stretching off to the farthest heights in the background-a city in short which has dethroned Lima, Santiago, Valparaiso, and every other rival, and which the Americans have made the queen of the Pacific, the "glory of the western coast!"

It was the 15th of May, and the weather was still cold. In California, subject as it is to the direct action of the polar currents, the first weeks of this month are somewhat similar to the last weeks of March in Central Europe. But the cold was hardly noticeable in the thick of the auction crowd. The bell with its incessant clangour had brought together an enormous throng, and quite a summer temperature caused the drops of perspiration to glisten on the foreheads of the spectators which the cold outside would have soon solidified.

Do not imagine that all these folks had come to the auction-room with the intention of buying. I might say that all of them had but come to see. Who was going to be mad enough, even if he were rich enough, to purchase an isle of the Pacific, which the government had in some eccentric moment decided to sell? Would the reserve price ever be reached? Could anybody be found to work up the bidding? If not, it would scarcely be the fault of the public crier, who tried his best to tempt buyers by his shoutings and gestures, and the flowery metaphors of his harangue. People laughed at him, but they did not seem much influenced by him.

"An island! an isle to sell!" repeated Gingrass.

"But not to buy!" answered an Irishman, whose pocket did not hold enough to pay for a single pebble.

"An island which at the valuation will not fetch six dollars an acre!" said the auctioneer.

"And which won't pay an eighth per cent.!" replied a big farmer, who was well acquainted with agricultural speculations.

"An isle which measures quite sixty-four miles round and has an area of two hundred and twenty-five thousand acres!"

"Is it solid on its foundation?" asked a Mexican, an old customer at the liquor-bars, whose personal solidity seemed rather doubtful at the moment.

"An isle with forests still virgin!" repeated the crier, "with prairies, hills, watercourses-"

"Warranted?" asked a Frenchman, who seemed rather inclined to nibble.

"Yes! warranted!" added Felporg, much too old at his trade to be moved by the chaff of 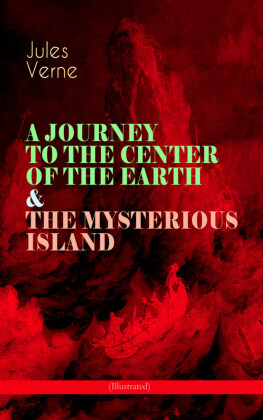 A JOURNEY TO THE CENTER OF THE EARTH & THE MYSTERIOUS ISLAND (Illustrated)
Verne, Jules
0,49 € 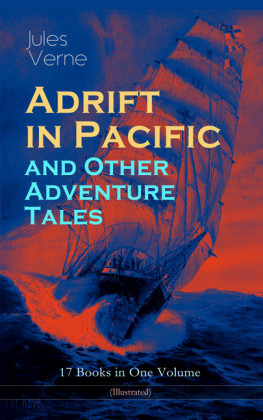 Adrift in Pacific and Other Adventure Tales - 17 Books in One Volume (Illustrated)
Verne, Jules
0,49 € 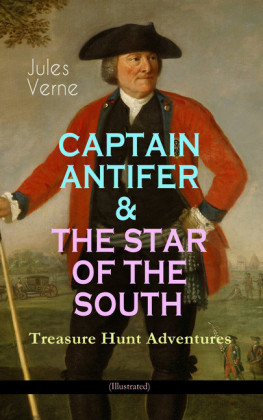 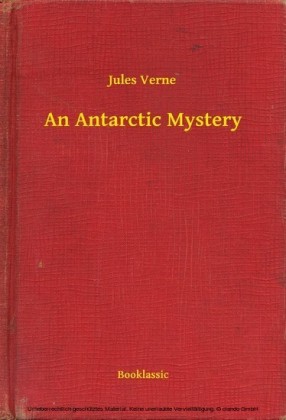 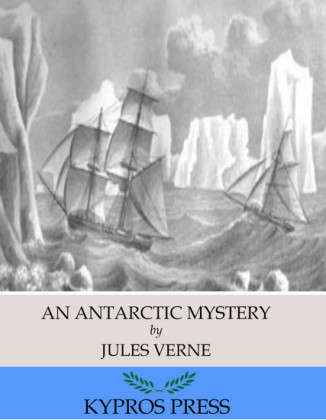 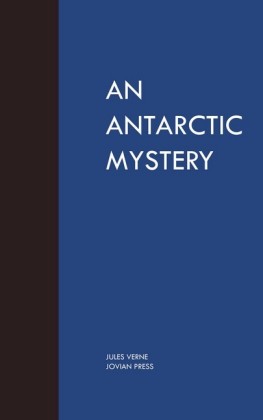