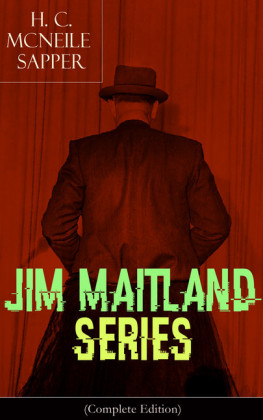 This carefully crafted ebook: 'JIM MAITLAND SERIES (Complete Edition)' is formatted for your eReader with a functional and detailed table of contents. 'THE first time I heard Jim Maitland's name mentioned was in the bar of a P.&O. We were two days out of Colombo, going East, and when I confessed my complete ignorance of the man a sort of stupefied silence settled on the company. 'You don't know Jim?' murmured an Assam tea-planter. 'I thought everyone knew Jim.''Anyway, if you stay in these parts long you soon will,' put in someone else. 'And once known-never forgotten.' - H. C. McNeile (Sapper) Herman Cyril McNeile (1888-1937), commonly known as H. C. McNeile or Sapper, was a British soldier and author. Drawing on his experiences in the trenches during the First World War, he started writing short stories and getting them published in the Daily Mail. After the war McNeile left the army and continued writing, although he changed from war stories to thrillers. In 1920 he published Bulldog Drummond, whose eponymous hero became his best-known creation. The character was based on McNeile himself, on his friend Gerard Fairlie and on English gentlemen generally. McNeile interspersed his Drummond work with other novels and story collections that included two characters who appeared as protagonists in their own works, Jim Maitland and Ronald Standish. McNeile's stories are either directly about the war, or contain people whose lives have been shaped by it. His thrillers are a continuation of his war stories, with upper class Englishmen defending England from foreigners plotting against it.

II. - THE KILLING OF BARON STOCKMAR

Table of Content
WE left that tramp at Alexandria-though Heaven knows why. Going up the Red Sea we fully made up our minds to go on in her as far as Gib., and pop over from there to Africa, where Jim assured me that trouble was brewing.

But going through the Canal we changed our minds-or rather Jim did.

"I want to go to Shepheard's," he announced, "and see all the tourists buying genuine Egyptian scarabs. I own shares in the factory that makes. them."

So we went to Shepheard's, and when the soul of the capitalist was satisfied with what he saw, we adjourned to the bar to find a chubby-faced youth eating salted almonds and consuming something that tinkled pleasantly in a glass. "Hullo, Pumpkin," cried Jim cheerfully from the door. "Order two more of the same."

"Jim!" shouted the drinker. "Jim! This is a direct answer from Providence. I would sooner see you at this moment than the shores of England."

"A fiver is the utmost I can manage," remarked Jim gravely. "And in the meantime let me introduce-Dick Leyton-Captain Peddleton-otherwise known as Pumpkin, owing to his extreme slenderness-a Bimbashi of repute."

Peddleton nodded to me, and we all three drew up to the bar.

"Jim," he said earnestly, "one of the Great Ones will be very glad to see you. Are you doing anything in the immediate future?"

"Nothing to write home about," said Jim. "I might take a tram and go out and see the Pyramids by moonlight."

"Dry up," laughed the other.

"My dear boy," answered Jim, "there's a fat woman in the lounge there, wearing five veils, who is going to do it tonight. Surely with such an example-"

"Jim," interrupted the other seriously, "I'm not joking." He lowered his voice to a whisper. "It's a little Secret Service job south of Khartoum. It won't take long, but you're one of the few men in the world who can do it."

"Will you come up and see the Chief this afternoon?" continued the other, only to break off suddenly and stare at the door. "Good Heavens!" he muttered, "what have we here?"

Coming into the bar was the most unpleasant-looking individual I have ever seen in my life. His height must have been at least six feet three, and he was broad in proportion. His face seemed set in a permanent scowl, which deepened to a look of positive fury as he saw us staring at him. He possessed a straggling black beard, which did not improve his appearance, and his great arms, abnormally long, terminated in two powerful hands which were so covered with black hair as to be positively repulsive. In short the man looked like a huge gorilla dressed in clothes.

Now, as luck would have it, Jim was nearest to him as he came up to the bar. He had his back turned, and was on the point of resuming his conversation with Peddleton, when the newcomer-either by accident or design-shoved into him heavily, so heavily that Jim, who was quite unprepared, lurched forward and spilt his drink. But for our subsequent discoveries of the gentleman's character, I would have been inclined to think it was accidental. In view of what we afterwards found out, however, I have not the slightest doubt that the thing was done deliberately. It appeared that he wanted the high stool which was just behind Jim, though there were several others vacant. In fact the bar was empty save for the four of us.

As I say, it was unfortunate, because I would sooner play tricks with a man-eating tiger than with Jim if he gets angry. His face went white and his eyes blazed ominously, then he turned round slowly. And the newcomer was about to sit down. He did, heavily-on the floor. It is an old trick for which I have distinct recollections of having been severely beaten at my preparatory school. Rumour has it that removing a chair just as a person is about to sit down on it is apt to damage that p 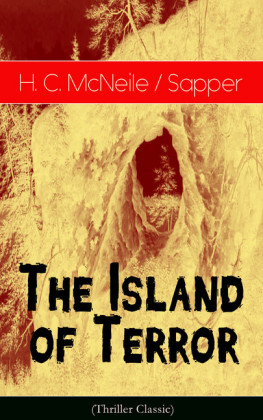 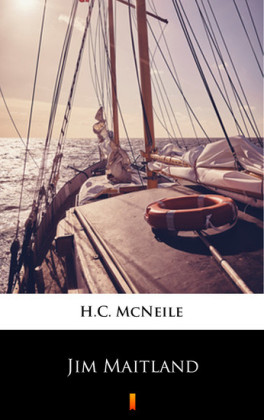 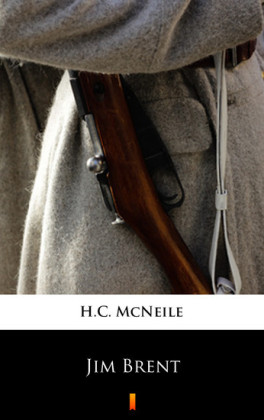 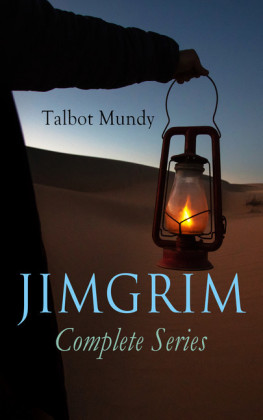 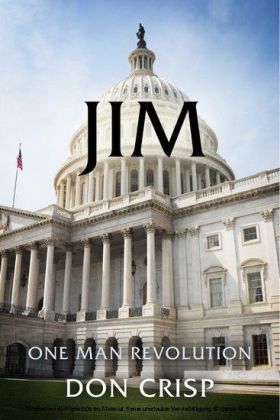 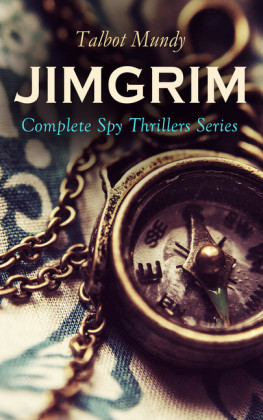