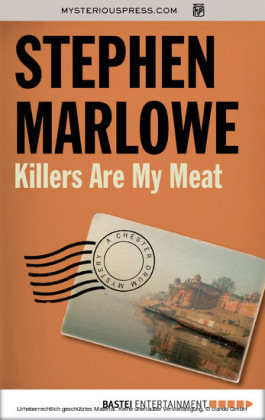 Killers Are My Meat

A drive-by killing puts Drum on the scent of a Washington sex scandal. When Chester Drum first took a crack at detective work, PI Gil Sprayregan offered to split a case with him, giving the rookie half the fee and more credit than he deserved. Years later, Drum is established and Gil is at the tail end of a long, slow fall, drinking heavily and considering blackmail to make ends meet. When he gets in over his head, Sprayregan's wife begs Drum to help. But her husband has already taken the first step on the road to oblivion. Drum takes a dinghy out to Sprayregan's Chesapeake hideout. When they return, a car full of gangsters kills Sprayregan and puts Drum in the hospital. Drum doesn't mourn the man who gave him his first break, but to the new widow, he owes a debt. No matter how well connected they are, he will break the men who gunned down Gil Sprayregan. Review Quote: 'Very few writers of the tough private-eye story can tell it more accurately than Mr. Marlowe, or with such taut understatement of violence and sex.' - The New York Times Book Review 'A cult author for lovers of noir fiction.' - Mónica Calvo-Pascual, author of Chaos and Madness 'A great pulpster ... always one of my favorites.' - Ed Gorman, author of The Poker Club Biographical note: Stephen Marlowe (1928-2008) was the author of more than fifty novels, including nearly two dozen featuring globe-trotting private eye Chester Drum. Born Milton Lesser, Marlowe was raised in Brooklyn and attended the College of William and Mary. After several years writing science fiction under his given name, he legally adopted his pen name, and began focusing on Chester Drum, the Washington-based detective who first appeared in The Second Longest Night (1955). Although a detective akin to Raymond Chandler's characters, Drum was distinguished by his jet-setting lifestyle, which carried him to various exotic locales from Mecca to South America. These espionage-tinged stories won Marlowe acclaim, and he produced more than one a year before ending the series in 1968. After spending the 1970s writing suspense novels like The Summit (1970) and The Cawthorn Journals (1975), Marlowe turned to scholarly historical fiction. He lived much of his life abroad, in Switzerland, Spain, and France, and died in Virginia in 2008.

Killers Are My Meat

T HE LITTLE BOAT coughed and slapped its way across the dark choppy waters of the bay on a five-horse-power kicker. Against the wind and the driving rain and the uneasy tidewater it had taken us almost an hour to come this far from Chesapeake City, a small fishing town about thirty miles south of Annapolis.

"That's Little Chesapeake Island now, son," the man hunkered over against the wind in his oilskin coat at the stern of the dinghy shouted over the wind and whipping rain on the water. He was charging me twenty dollars for the round trip from Chesapeake City to the island and back again. He said I was crazy to want to go out there at all on a day like this, especially since it would be dark before we returned. He said he was crazy to take me. He said twenty dollars was dirt cheap. Since a man's life hung in the balance, it probably was dirt cheap.

The island loomed like an animal crouching on the lead-gray horizon, the gray finger of dock thrust out over the water, a ribbon of sand that was the beach, and the low black humps of hills covered with tidewater pine. Pretty soon we reached the dock, my pilot slowed his kicker from an explosive chattering to a steady throbbing, threw a coiled rope, caught it around something, and hauled us in.

"Watch your step," he said. "Rotten planks up there, son." He raised the capes of his oilskin coat, I saw the brief flare of a match and smelled cigarette smoke before the wind drove it away, then I hoisted myself to the dock, pulled down my hatbrim and started moving against the wind.

In another month or so Little Chesapeake Island would be crowded with week-enders from Washington and Baltimore, filling the small clapboard cabins with their noise, their lights, their smells. Right now except for me the island had only one occupant. I had to find him and bring him back to the mainland before someone else crossed the choppy waters of the bay and put a bullet in his brain. I wasn't in love with the idea. For one thing he wouldn't know who I was until I got close enough to shout my name above the shriek of the wind and the drumming of the rain, and all he had for company was probably a gun, a bottle, and a lot of wild ideas. For another, bringing him back to the mainland might prove more dangerous than leaving him on Little Chesapeake. There, though, I had no choice. His wife had driven me in her car to Chesapeake City. She'd have come with or without me. She had driven like a madwoman across the southern Maryland scrubflats from Washington. Alone she wouldn't have done her husband any good and alone or with company she might have been followed. This way at least they had someone who wasn't either drunk or crazy with fear.

I went across the dock, feeling the pulpy give of rotten timber underfoot. I went up a brown muddy path down which the rainwater tumbled in dirty brown streams. The path made a sharp left on high ground, and suddenly in the little light that was left I could see the cabins. They had been built along the edge of a ridge forty or fifty feet above the beach, with flights of wooden steps hugging the cliffside behind them. There were about twenty of the cabins, stretched out in a long ragged row on the shelf of rock. I didn't see any lights.

When I reached the first cabin I left the muddy path and walked around behind the flimsy-looking clapboard building. About a dozen feet of soaked bare earth separated the rears of the cabins from the edge of the shelf of rock on which they had been built, and I made my way along this. Just as I reached the fourth cabin, a pistol shot banged like a thunderclap over the sounds of the storm. I crouched at the corner of the cabin wall, the pistol banged again, and clapboard splinters flew about three feet from my nose.

On the third shot I saw the muzzle flash in the side window of the seventh cabin in line. Seventh cabin. That was theirs. His wife had said 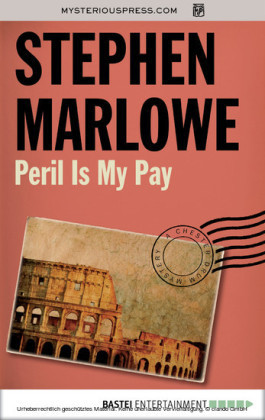 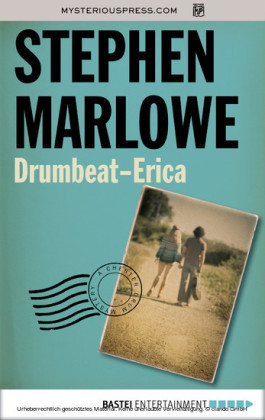 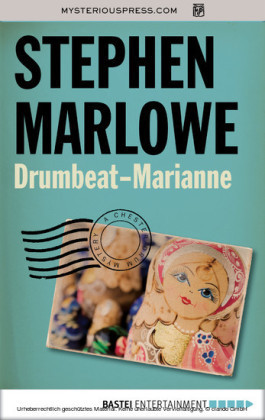 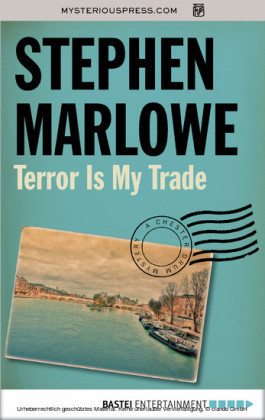 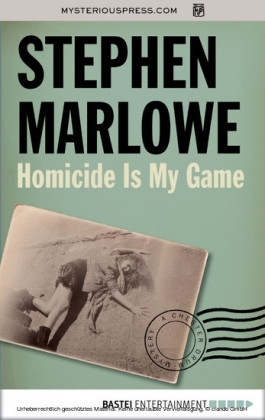 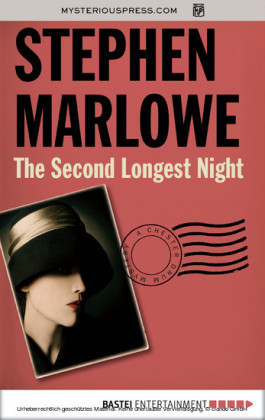