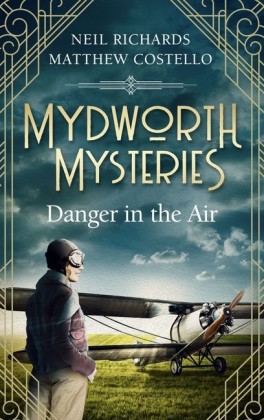 Mydworth Mysteries - Danger in the Air

From the authors of the best-selling series CHERRINGHAM The famous aviatrix Amelia Earhart has come to England on a mission to raise money for her planned continent-spanning air rally - with all-female pilots. Lady Lavinia naturally supports the amazing Amelia, inviting her to stay at Mydworth Manor. But when Amelia's life is threatened - Harry and Kat must figure out who is behind this deadly game before it turns fatal... Co-authors Neil Richards (based in the UK) and Matthew Costello (based in the US), have been writing together since the mid-90s, creating innovative content and working on major projects for the BBC, Disney Channel, Sony, ABC, Eidos, and Nintendo to name but a few. Their transatlantic collaboration has underpinned scores of TV drama scripts, computer games, radio shows, and the best-selling mystery series Cherringham. Their latest series project is called Mydworth Mysteries.

Mydworth Mysteries - Danger in the Air

Sir Harry Mortimer sat in a deckchair in the back garden of the Dower House; a beautiful morning for a pot of tea, and catching up with the news.

Kat was dressed in her gardening outfit, looking ready to wrangle any bush or hedge into submission.

So domestic, he thought.

"Oh, the usual. The king, God bless him, is still rather poorly. It seems China and Russia are about to go to war. Oh - and a rather impressive riot in one of your New York prisons."

"You can always count on us New Yorkers for a good riot."

"Believe such a thing played a role in your country's quest for independence! Something about tea - Boston harbour?"

She laughed and came and sat down in the black iron chair facing him. She had a single smudge of brown on her cheek.

But that too - altogether charming.

"Any news from Cairo?" she said.

"I miss the place sometimes, don't you?"

"The place and the people? Why yes, I do," he said. "Food too, actually. But the secrets and plots and all that? Not me. Give me my English garden and my American wife, and I count myself a very lucky man."

"You know, if I wasn't so dishevelled I'd lean over and give you a great big kiss for that."

Then he thought, What about her? Was life too domestic for her?

"And you? Missing any of that skulduggery this lovely morning?"

Kat kept her smile. But did she hesitate a bit there?

"No. I mean, it was all rather exciting. But must say, Sir Harry, you have done an excellent job of keeping me entertained right here."

"Hasn't been too uneventful hasn't it?"

"Me too. And I have to say - this weekend might be rather fun. House party, lots of people flying in and out."

"Literally," said Kat. "In fact, you keeping an eye on the time, darling? Shouldn't our special guest be arriving soon?"

Harry checked his watch and sat up fast.

"Good Lord - you're right. Dammit, I was settling in for a nice snooze there."

He watched Kat gather up the tea things.

"You coming up to the manor with me?" he said, folding The Times then helping her carry stuff into the house. "We can take the bike - be quicker."

"Are you kidding?" said Kat. "Amelia Earhart landing at Mydworth Manor? I wouldn't miss that for the world!"

With the tall microphone finally removed, and all the official farewells and handshakes completed, Amelia hurried over to the Rolls - that brilliant yellow colour, just as she'd requested.

After all, if we're to have fun doing this - she had told the executives at Sandbourne - then let's have some real fun!

She saw her young sister still chatting away with Greene in the back seat.

"Pidge, you all set?" She shot a look at the journalist. "Why not sit up front, with Mr Smythe?"

She hoped her message had gotten through to Greene. But neither he nor her sister showed any sign of shifting places.

"Know where you're heading, my dear?" said Smythe from behind the wheel.

"Flight plan all sorted," said Amelia. "Mydworth Manor - sounds like something from a story book."

"One with a happy ending, I hope. Lot of money at stake this weekend, you know."

"Landing strip should be all marked out for you. We'll be just an hour or so behind you, I expect."

She looked across at the expectant crowd, the Movietone and Pathé cameras all lined up. 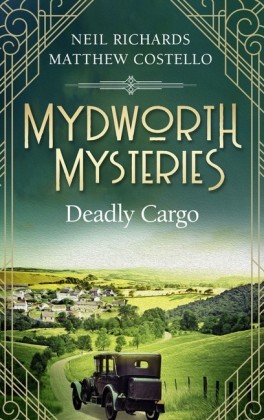 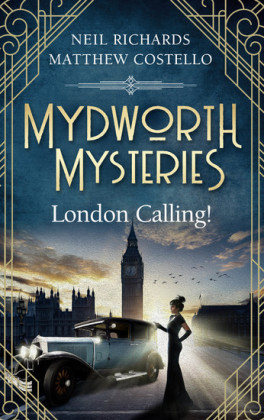 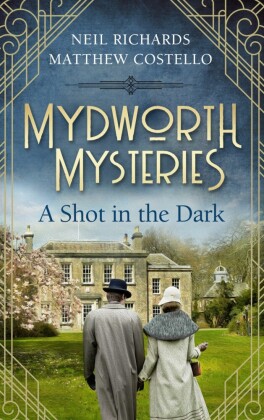 Mydworth Mysteries - A Shot in the Dark
Costello, Matthew
0,99 € 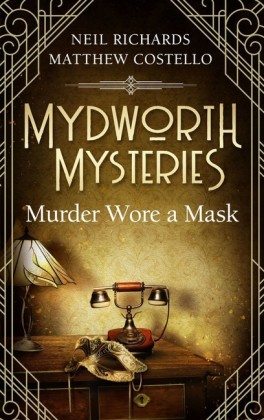 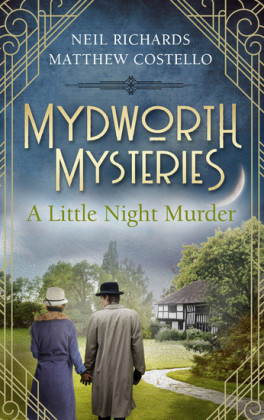 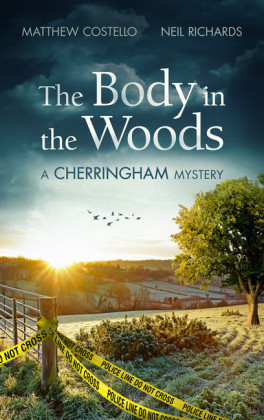