Every Man A King - The Might In Mind-Mastery (Unabridged) How To Control Thought - The Power Of Self-Faith Over Others von Marden, Orison Swett (eBook) 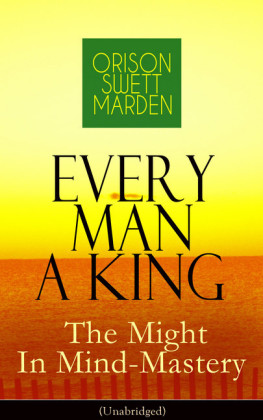 Every Man A King - The Might In Mind-Mastery (Unabridged)

This carefully crafted ebook: 'Every Man A King - The Might In Mind-Mastery (Unabridged)' is formatted for your eReader with a functional and detailed table of contents. Excerpt: 'A certain man of no great learning, so runs an old legend, fell heir to a ship. He knew nothing of the sea, nothing of navigation or engineering, but the notion seized him to take a voyage and command his own ship.' Spread over twenty-one chapters this book takes us through the benefits of veering our thoughts in right direction and the ways to achieve this feat. A calm and controlled mind is always at the helm of good decision-making and self-confidence. It is a must-read for those who wish to benefit from mastering their mind and lives. Contents: Steering Thought Prevents Life Wrecks How Mind Rules The Body Thought Causes Health And Disease Our Worst Enemy Is Fear Overcoming Fear Killing Emotions Mastering Our Moods Unprofitable Pessimism The Power Of Cheerful Thinking Negative Creeds Paralyze Affirmation Creates Power Thoughts Radiate As Influence How Thinking Brings Success Power Of Self-Faith Over Others Building Character Strengthening Deficient Faculties Gain Beauty By Holding The Beauty Thought The Power Of Imagination Don't Let The Years Count How To Control Thought The Coming Man Will Realize His Divinity Dr. Orison Swett Marden (1848-1924) was an American inspirational author who wrote about achieving success in life and founded SUCCESS magazine in 1897. He is often considered as the father of the modern-day inspirational talks and writings and his words make sense even to this day. In his books he discussed the common-sense principles and virtues that make for a well-rounded, successful life.

Every Man A King - The Might In Mind-Mastery (Unabridged)

Table of Contents
Our doubts are traitors, and make us lose the good we oft might win, by fearing to attempt.- Shakespeare, Measure for Measure .

THOUGHTS most deadly instrument for marring human lives is fear. Fear demoralizes character, destroys ambition, induces or causes disease, paralyzes happiness in self and others, and prevents achievement. It has not one redeeming quality. It is all evil. Physiologists now well know that it impoverishes the blood by demoralizing assimilation and cutting off nutrition. It lowers mental and physical vitality, deadens every element of success. It is fatal to the happiness of youth, and is the most terrible accompaniment of old age. Buoyancy flees before its terrifying glance, and cheerfulness cannot dwell in the same house with it.

"The most extensive of all the morbid mental conditions which reflect themselves so disastrously on the human system is the state of fear," says Dr. William H. Holcomb. "It has many degrees or gradations, from the state of extreme alarm, fright, or terror, down to the slightest shade of apprehension of impending evil. But all along the line it is the same thing-a paralyzing impression upon the centres of life which can produce, through the agency of the nervous system, a vast variety of morbid symptoms in every tissue of the body."

"Fear is like carbonic-acid gas pumped into one's atmosphere," says Horace Fletcher. "It causes mental, moral, and spiritual asphyxiation, and sometimes death-death to energy, death to tissue, and death to all growth."

Yet from our birth we live in the presence and under the dominion of this demon, fear. The child is cautioned a thousand times a year to look out for this, and to look out for that; it may get poisoned, it may get bitten, it may get killed; something terrible may happen to it if it does not do so and so. Men and women cannot bear the sight of some harmless animal or insect because, as children, they were told it would hurt them. One of the crudest things imaginable is to impress into a child's plastic mind the terrible image of fear, which, like the letters cut upon a sapling, grows wider and deeper with age. The baleful shadows of such blasting and blighting pictures will hang over the whole life and shut out the bright sun of joy and happiness.

"One of the worst misfortunes which can possibly happen to a growing child is to have a mother who is perpetually tormented by nervous fears. If a mother gives way to fears-morbid, minute, and all-prevailing-she will inevitably make the environment of her children one of increasing dread and timidity. The background of fear is the habit or instinct of anticipating the worst. The mother who never makes a move, or allows her children to make a move, without conjuring up a myriad of malign possibilities, imbitters the cup of life with a slow-acting poison.

"I know that thousands of boys and girls are to-day tremulous, weak, passive, unalert on the physical side, simply because they were taught in the knickerbocker stage, or earlier, to see the potency of danger in all they did or tried to do. A mother assumes a terrible responsibility when from silly fears of possible injury she forbids a child such physical abandon as will promote courage, endurance, self-reliance, and self-control."

"For more than twenty years I have made a study of criminal psychology and of infantile psychology," says Dr. Lino Ferriani. "Thousands of times I have been compelled to recognize the sad fact that at least eighty-eight per cent, of morbidly timid children could have been cured and saved in time by means of common-sense principles of psychical and physiological hygiene, in which the main factor is suggestion inspired by wholesome courage."

Not content with instilling fear of possibly real things 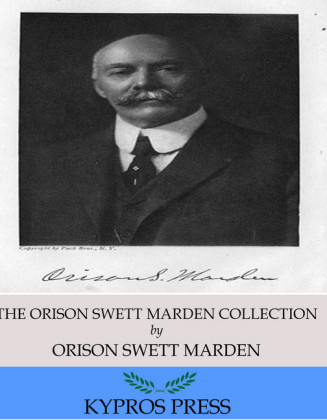 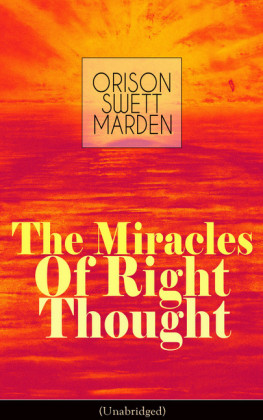 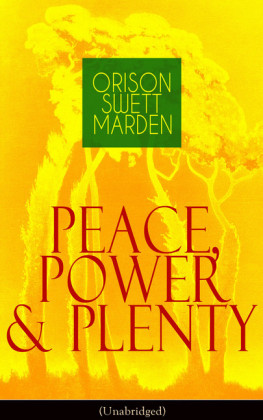 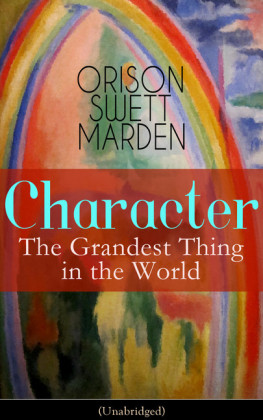 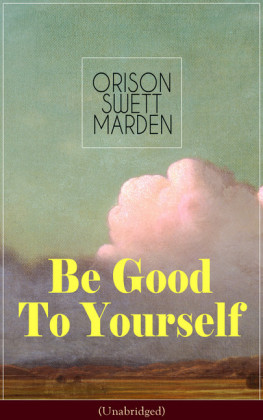 Be Good To Yourself (Unabridged)
Marden, Orison Swett
0,49 € 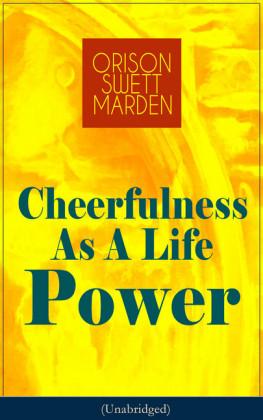