Recovering from the War A Guide for All Veterans, Family Members, Friends, and Therapists von Mason, Patience H. C. (eBook) 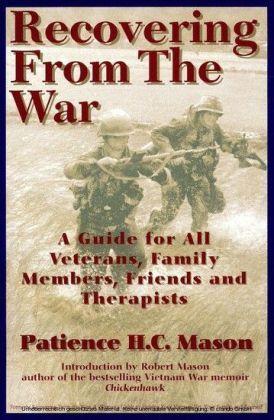 Recovering from the War

Recovering from the War is the book the author wishes she had had when her husband came home from war. Part One is about war with questions about how the reader would deal with similar situations. Part Two is about the aftereffects of war including the differences between fighting insurgents and classical warfare, what PTSD is, and how that affects families. The third part is about recovery with concrete suggestions and further resources..

Recovering from the War

Recovering from the War is a book for women who have relationships with Vietnam veterans. Its subject is the problems that arose out of the Vietnam experience itself, and what we can and cannot do about them.

I needed to deal with a Vietnam combat veteran, my husband. His experiences created problems that almost destroyed our marriage, but no one had anything to offer except Valium. I needed to know that his problems were not my fault and that I could not cure them, but nobody could tell me that either. I'm writing the book I wish I'd had back then, in the hopes that my experiences and those of other women and of our vets will help you.

Perhaps you've picked up this book because you have to deal with a Vietnam veteran, too: son or father, husband, lover, or friend. One of the problems Vietnam veterans face is the incredible ignorance of the rest of the population about what went on in Vietnam. I hope to help fill that gap. I also need to know about Vietnam so it won't happen to my son. Perhaps you do, too.

Since the publication of Chickenhawk , a memoir of the year he spent as a combat helicopter pilot in Vietnam, my husband, Robert Mason, has received countless letters. Vets have thanked him for telling it like it was, and non-vets for helping them understand what it was like to be in Vietnam. Mental-health professionals have told me repeatedly how helpful Chickenhawk has been to other vets. If they aren't feeling anything it helps break through their numbness, and if they are having problems it helps them to know that Bob did, too. Bob will tell you that he did no more than the other helicopter pilots in Vietnam. He will also tell you how lucky he was that he was not a grunt. Grunts went through hell.

"You'll never know what you guys meant to us grunts," Greg Cook wrote Bob from Cleveland, one of the first fan letters he ever got. If you're saying "What's a grunt?" and you're involved with a vet, you need to know. A grunt is an infantryman, the guy with the rifle in his hand out humping the boonies. Humping the boonies? Going out on patrols, pack on back, ammo clips, grenades, and canteens hung all over him, walking. Helicopter pilots took them in and brought them out when they were wounded, or done with that day's, or week's, or month's sweep.

In another of Bob's fan letters, a woman wrote Bob that he was a hero for flying into all those hot LZ's (landing zones under hostile fire). Her husband had been "just in the artillery," no hero. You probably know that being "just in the artillery" could have been pretty hairy, along with a lot of other jobs. As a matter of fact, lots of vets have told Bob they had no idea being a helicopter pilot was so much work. "I always thought you guys dropped us off and went back, got drunk, and fooled around with the nurses," admitted Mike Costello, author of A Long Time from Home and a LRRP (long-range reconnaissance patrol) in Vietnam, when he first met Bob. "I had no idea that you went back and got another load, and then another, all day long."

"Hey, that's what we wanted you guys to think." Bob laughed. "We used to lie about it all the time."

Two million eight hundred thousand men is a conservative estimate of the number who served in Vietnam. The U.S. Department of Defense doesn't know the exact figure, which may surprise the reader but will not surprise any veteran of the Vietnam War. They don't expect much from the government.

Recently, Bob and I talked to a history class at the University of Florida. One of the students said, "I thought with all the recognition and the Memorial and all that Vietnam veterans would be okay now."

"You are laboring under a misapprehension if you think the United States government built that Memorial, or organized the parade, or anything else," I informed him. "The Vietnam Memorial was paid for by money the vets raised themselve 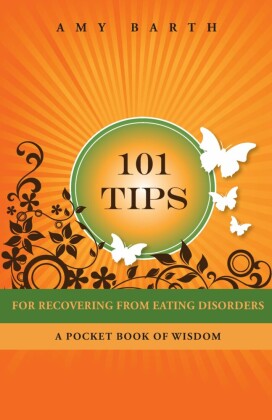 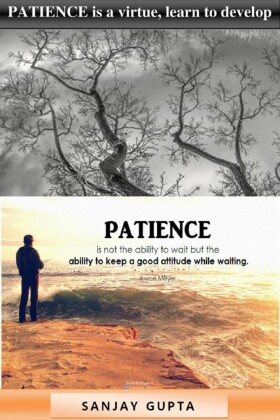 PATIENCE is a virtue, learn to develop patience.
Gupta, Sanjay
2,99 € 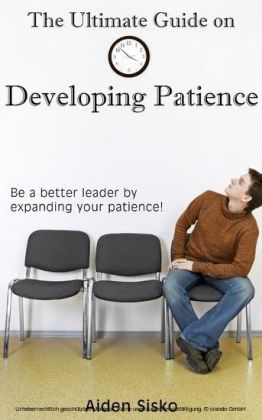 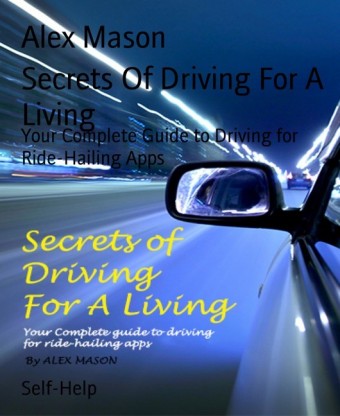 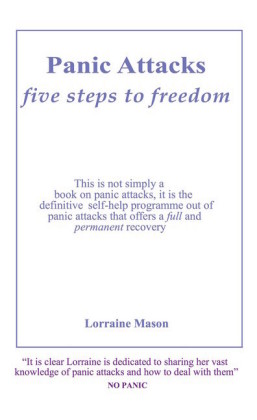 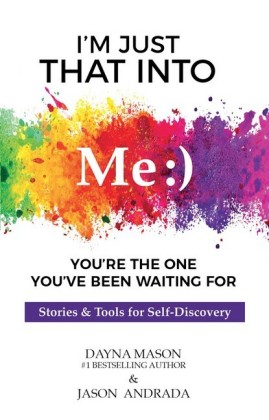