A Christmas Carol In Prose. Being a Ghost Story of Christmas von Dickens, Charles (eBook) 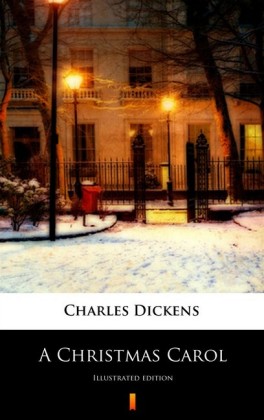 A Christmas Carol in Prose, Being a Ghost Story of Christmas, commonly known as A Christmas Carol, is one of the most legendary stories by Charles Dickens. This edition contains the original 1843 illustrations by celebrated caricaturist John Leech. The story has long since become one of the most beloved stories in the English language. As much a part of the holiday season as holly, mistletoe, and evergreen wreaths, this perennial favourite continues to delight new readers and rekindle thoughts of charity and goodwill. The tale begins on a cold and bleak Christmas Eve in London, exactly seven years after the death of Ebenezer Scrooge's business partner, Jacob Marley. Scrooge, an old miser, hates Christmas. He refuses his nephew Fred's Christmas dinner invitation. At home that night, Scrooge is visited by Marley's ghost, who is forever cursed to wander the earth dragging a network of heavy chains, forged during a lifetime of greed and selfishness. Marley tells Scrooge that he has one chance to avoid the same fate-he will be visited by three spirits, one on each successive evening, and he must listen to them or be cursed to carry chains of his own, much longer than Marley's chains.

Marley was dead: to begin with. There is no doubt whatever about that. The register of his burial was signed by the clergyman, the clerk, the undertaker, and the chief mourner. Scrooge signed it: and Scrooge's name was good upon 'Change, for anything he chose to put his hand to. Old Marley was as dead as a door-nail.

Mind! I don't mean to say that I know, of my own knowledge, what there is particularly dead about a door-nail. I might have been inclined, myself, to regard a coffin-nail as the deadest piece of ironmongery in the trade. But the wisdom of our ancestors is in the simile; and my unhallowed hands shall not disturb it, or the Country's done for. You will therefore permit me to repeat, emphatically, that Marley was as dead as a door-nail.

Scrooge knew he was dead? Of course he did. How could it be otherwise? Scrooge and he were partners for I don't know how many years. Scrooge was his sole executor, his sole administrator, his sole assign, his sole residuary legatee, his sole friend, and sole mourner. And even Scrooge was not so dreadfully cut up by the sad event, but that he was an excellent man of business on the very day of the funeral, and solemnised it with an undoubted bargain.

The mention of Marley's funeral brings me back to the point I started from. There is no doubt that Marley was dead. This must be distinctly understood, or nothing wonderful can come of the story I am going to relate. If we were not perfectly convinced that Hamlet's Father died before the play began, there would be nothing more remarkable in his taking a stroll at night, in an easterly wind, upon his own ramparts, than there would be in any other middle-aged gentleman rashly turning out after dark in a breezy spot-say Saint Paul's Churchyard for instance-literally to astonish his son's weak mind.

Scrooge never painted out Old Marley's name. There it stood, years afterwards, above the warehouse door: Scrooge and Marley. The firm was known as Scrooge and Marley. Sometimes people new to the business called Scrooge Scrooge, and sometimes Marley, but he answered to both names. It was all the same to him.

Oh! But he was a tight-fisted hand at the grindstone, Scrooge! a squeezing, wrenching, grasping, scraping, clutching, covetous, old sinner! Hard and sharp as flint, from which no steel had ever struck out generous fire; secret, and self-contained, and solitary as an oyster. The cold within him froze his old features, nipped his pointed nose, shrivelled his cheek, stiffened his gait; made his eyes red, his thin lips blue; and spoke out shrewdly in his grating voice. A frosty rime was on his head, and on his eyebrows, and his wiry chin. He carried his own low temperature always about with him; he iced his office in the dog-days; and didn't thaw it one degree at Christmas.

External heat and cold had little influence on Scrooge. No warmth could warm, no wintry weather chill him. No wind that blew was bitterer than he, no falling snow was more intent upon its purpose, no pelting rain less open to entreaty. Foul weather didn't know where to have him. The heaviest rain, and snow, and hail, and sleet, could boast of the advantage over him in only one respect. They often "came down" handsomely, and Scrooge never did.

Nobody ever stopped him in the street to say, with gladsome looks, "My dear Scrooge, how are you? When will you come to see me?" No beggars implored him to bestow a trifle, no children asked him what it was o'clock, no man or woman ever once in all his life inquired the way to such and such a place, of Scrooge. Even the blind men's dogs appeared to know him; and when they saw him coming on, would tug their owners into doorways and up courts; and then would wag their tails as though they said, "No eye at all is better than an evil eye, dark master!"

But what did Scrooge care! It was the very thing he liked. To edge his way along the crowded p 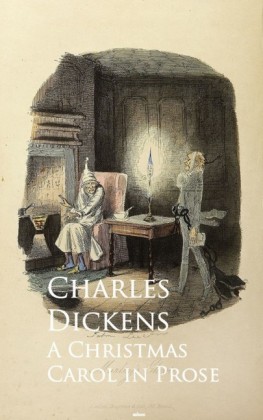 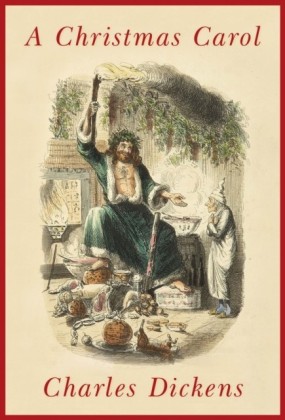 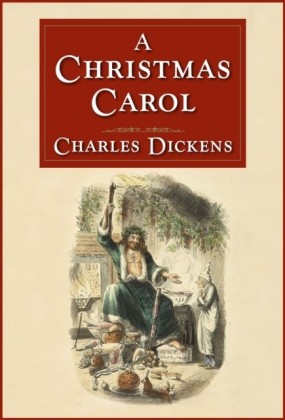 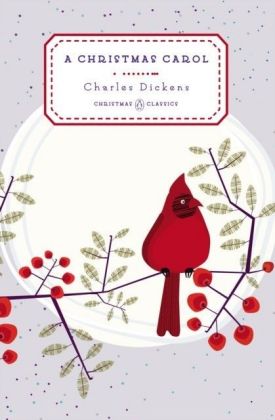 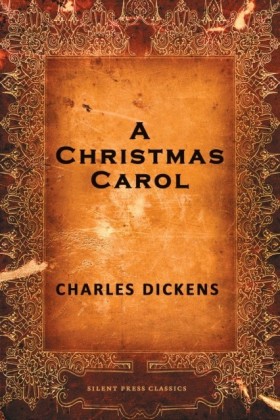 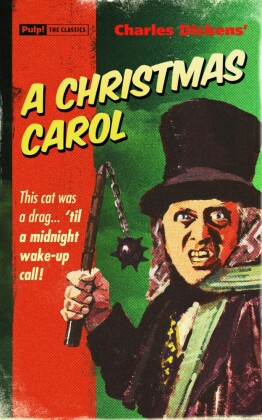