ALEXANDRE DUMAS Premium Collection - 27 Novels in One Volume: The Three Musketeers Series, The Marie Antoinette Novels, The Count of Monte Cristo, The Valois Trilogy and more (Illustrated) Historical Novels & Adventure Classics: Queen Margot, Taking the Bastille, The Man in the Iron Mask, The Sicilian Bandit, The Conspirators, The Hero of the People, The Queen's Necklace... von Dumas, Alexandre (eBook) 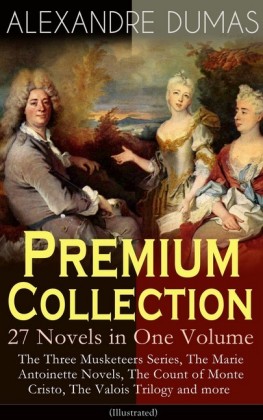 This carefully crafted ebook: 'ALEXANDRE DUMAS Premium Collection - 27 Novels in One Volume: The Three Musketeers Series, The Marie Antoinette Novels, The Count of Monte Cristo, The Valois Trilogy and more (Illustrated)' is formatted for your eReader with a functional and detailed table of contents: The D'Artagnan Romances The Three Musketeers Twenty Years After The Vicomte of Bragelonne Ten Years Later Louise da la Valliere The Man in the Iron Mask The Valois Trilogy Queen Margot (Marguerite de Valois) Chicot de Jester: La Dame de Monsoreau The Forty-Five Guardsmen The Memoirs of a Physician - Marie Antoinette Series Joseph Balsamo: The Magician The Mesmerist's Victim: Andrea de Taverney The Queen's Necklace Taking the Bastile: Ange Pitou The Countess de Charny: The Execution of King Louis XVI Other Novels The Count of Monte Cristo The Conspirators: The Chevalier d'Harmental The Regent's Daughter The Hero of the People The Royal Life-Guard Captain Paul The Sicilian Bandit The Corsican Brothers The Companions of Jehu The Wolf Leader The Black Tulip The Last Vendee The Prussian Terror Essays & Biography: A Gossip on a Novel of Dumas's by Robert Louis Stevenson Alexandre Dumas from ESSAYS IN LITTLE by Andrew Lang ALEXANDRE DUMAS by Adolphe Cohn Alexandre Dumas, père (1802-1870) was a French writer whose works have been translated into nearly 100 languages and he is one of the most widely read French authors. His most famous works are The Count of Monte Cristo and The Three Musketeers.

M. de Troisville, as his family was still called in Gascony, or M. de Treville, as he has ended by styling himself in Paris, had really commenced life as d'Artagnan now did; that is to say, without a sou in his pocket, but with a fund of audacity, shrewdness, and intelligence which makes the poorest Gascon gentleman often derive more in his hope from the paternal inheritance than the richest Perigordian or Berrichan gentleman derives in reality from his. His insolent bravery, his still more insolent success at a time when blows poured down like hail, had borne him to the top of that difficult ladder called Court Favor, which he had climbed four steps at a time.

He was the friend of the king, who honored highly, as everyone knows, the memory of his father, Henry IV. The father of M. de Treville had served him so faithfully in his wars against the league that in default of money-a thing to which the Bearnais was accustomed all his life, and who constantly paid his debts with that of which he never stood in need of borrowing, that is to say, with ready wit-in default of money, we repeat, he authorized him, after the reduction of Paris, to assume for his arms a golden lion passant upon gules, with the motto FIDELIS ET FORTIS. This was a great matter in the way of honor, but very little in the way of wealth; so that when the illustrious companion of the great Henry died, the only inheritance he was able to leave his son was his sword and his motto. Thanks to this double gift and the spotless name that accompanied it, M. de Treville was admitted into the household of the young prince where he made such good use of his sword, and was so faithful to his motto, that Louis XIII, one of the good blades of his kingdom, was accustomed to say that if he had a friend who was about to fight, he would advise him to choose as a second, himself first, and Treville next-or even, perhaps, before himself.

Thus Louis XIII had a real liking for Treville-a royal liking, a self-interested liking, it is true, but still a liking. At that unhappy period it was an important consideration to be surrounded by such men as Treville. Many might take for their device the epithet STRONG, which formed the second part of his motto, but very few gentlemen could lay claim to the FAITHFUL, which constituted the first. Treville was one of these latter. His was one of those rare organizations, endowed with an obedient intelligence like that of the dog; with a blind valor, a quick eye, and a prompt hand; to whom sight appeared only to be given to see if the king were dissatisfied with anyone, and the hand to strike this displeasing personage, whether a Besme, a Maurevers, a Poltiot de Mere, or a Vitry. In short, up to this period nothing had been wanting to Treville but opportunity; but he was ever on the watch for it, and he faithfully promised himself that he would not fail to seize it by its three hairs whenever it came within reach of his hand. At last Louis XIII made Treville the captain of his Musketeers, who were to Louis XIII in devotedness, or rather in fanaticism, what his Ordinaries had been to Henry III, and his Scotch Guard to Louis XI.

On his part, the cardinal was not behind the king in this respect. When he saw the formidable and chosen body with which Louis XIII had surrounded himself, this second, or rather this first king of France, became desirous that he, too, should have his guard. He had his Musketeers therefore, as Louis XIII had his, and these two powerful rivals vied with each other in procuring, not only from all the provinces of France, but even from all foreign states, the most celebrated swordsmen. It was not uncommon for Richelieu and Louis XIII to dispute over their evening game of chess upon the merits of their servants. Each boasted the bearing and the courage of his own people. While exclaiming loudly agains 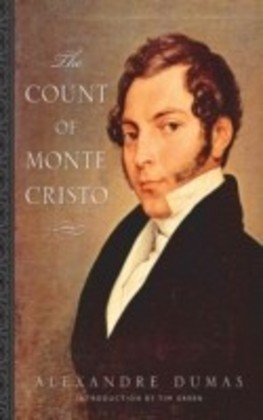 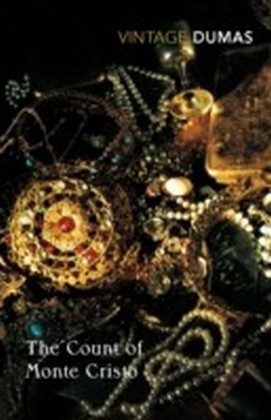 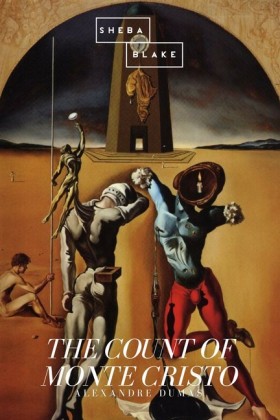 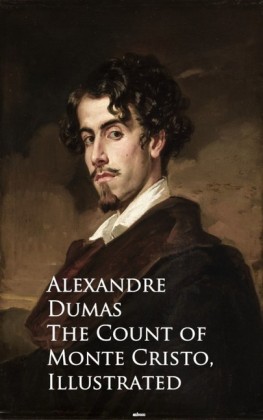 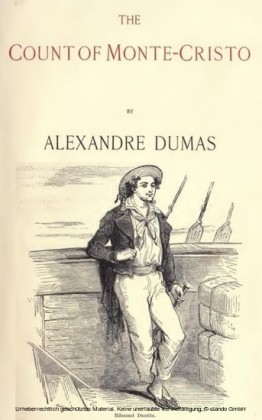 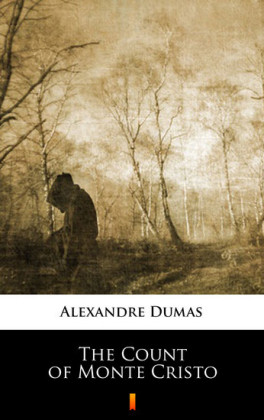