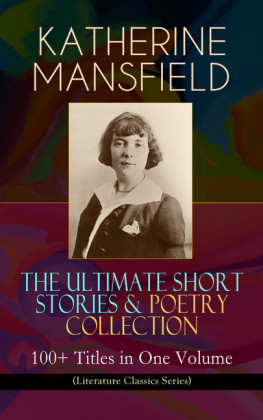 This carefully crafted ebook: 'KATHERINE MANSFIELD - The Ultimate Short Stories & Poetry Collection: 100+ Titles in One Volume (Literature Classics Series)' is formatted for your eReader with a functional and detailed table of contents: Bliss, and Other Stories Bliss Prelude Je ne Parle pas Français The Wind Blows Psychology Pictures The Man without a Temperament Mr. Reginald Peacock's Day Sun and Moon Feuille d'Album A Dill Pickle The Little Governess Revelations The Escape The Garden Party, and Other Stories The Garden Party At The Bay The Daughters of the Late Colonel Mr. and Mrs. Dove The Young Girl Life of Ma Parker Marriage A La Mode The Voyage Miss Brill Her First Ball The Singing Lesson The Stranger Bank Holiday An Ideal Family The Lady's Maid In a German Pension, and Other Stories Germans at Meat The Baron The Sister of the Baroness Frau Fischer Frau Brechenmacher Attends A Wedding The Modern Soul At Lehmann's The Luft Bad A Birthday The Child-Who-Was-Tired The Advanced Lady The Swing of the Pendulum A Blaze POEMS Poems: 1909- 1910 Poems: 1911-1913 Poems at the Villa Pauline: 1916 Poems: 1917-1919 Child Verses: 1907 Kathleen Mansfield Murry (1888-1923) was a prominent New Zealand modernist short story writer who was born and brought up in colonial New Zealand and wrote under the pen name of Katherine Mansfield. At 19, Mansfield left New Zealand and settled in the United Kingdom, where she became a friend of modernist writers such as D.H. Lawrence and Virginia Woolf. Like Woolf, Mansfield was also interested in the feelings and thoughts of her characters and hence her short stories show the complexities of a character's interior life in all its various shades.

I T was the first time that Lottie and Kezia had ever been out so late. Everything looked different-the painted wooden houses far smaller than they did by day, the gardens far bigger and wilder. Bright stars speckled the sky and the moon hung over the harbour dabbling the waves with gold. They could see the lighthouse shining on Quarantine Island, and the green lights on the old coal hulks.

"There comes the Picton boat," said the storeman, pointing to a little steamer all hung with bright beads.

But when they reached the top of the hill and began to go down the other side the harbour disappeared, and although they were still in the town they were quite lost. Other carts rattled past. Everybody knew the storeman.

Kezia liked very much to hear him. Whenever a cart appeared in the distance she looked up and waited for his voice. He was an old friend; and she and her grandmother had often been to his place to buy grapes. The storeman lived alone in a cottage that had a glasshouse against one wall built by himself. All the glasshouse was spanned and arched over with one beautiful vine. He took her brown basket from her, lined it with three large leaves, and then he felt in his belt for a little horn knife, reached up and snapped off a big blue cluster and laid it on the leaves so tenderly that Kezia held her breath to watch. He was a very big man. He wore brown velvet trousers, and he had a long brown beard. But he never wore a collar, not even on Sunday. The back of his neck was burnt bright red.

"Where are we now?" Every few minutes one of the children asked him the question.

"Why, this is Hawk Street, or Charlotte Crescent."

"Of course it is," Lottie pricked up her ears at the last name; she always felt that Charlotte Crescent belonged specially to her. Very few people had streets with the same name as theirs.

"Look, Kezia, there is Charlotte Crescent. Doesn't it look different?" Now everything familiar was left behind. Now the big dray rattled into unknown country, along new roads with high clay banks on either side, up steep, steep hills, down into bushy valleys, through wide shallow rivers. Further and further. Lottie's head wagged; she drooped, she slipped half into Kezia's lap and lay there. But Kezia could not open her eyes wide enough. The wind blew and she shivered; but her cheeks and ears burned.

"Do stars ever blow about?" she asked.

"Not to notice," said the storeman.

"We've got a nuncle and a naunt living near our new house," said Kezia. "They have got two children, Pip, the eldest is called, and the youngest's name is Rags. He's got a ram. He has to feed it with a nenamuel teapot and a glove top over the spout. He's going to show us. What is the difference between a ram and a sheep?"

"Well, a ram has horns and runs for you."

Kezia considered. "I don't want to see it frightfully," she said. "I hate rushing animals like dogs and parrots. I often dream that animals rush at me-even camels-and while they are rushing, their heads swell e-enormous."

The storeman said nothing. Kezia peered up at him, screwing up her eyes. Then she put her finger out and stroked his sleeve; it felt hairy. "Are we near?" she asked.

"Not far off, now," answered the storeman. "Getting tired?"

"Well, I'm not an atom bit sleepy," said Kezia. "But my eyes keep curling up in such a funny sort of way." She gave a long sigh, and to stop her eyes from curling she shut them. . . . When she opened them again they were clanking through a drive that cut through the garden like a whip lash, looping suddenly an island of green, and behind the island, but out of sight until you came upon it, was the house. It was long and low built, with a pillared verandah and balcony all the way round. The soft white bulk of it lay stretch 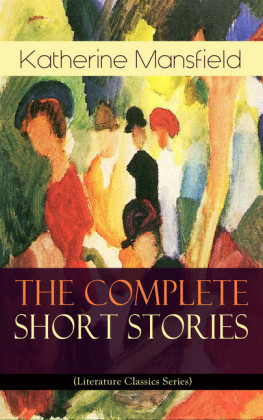 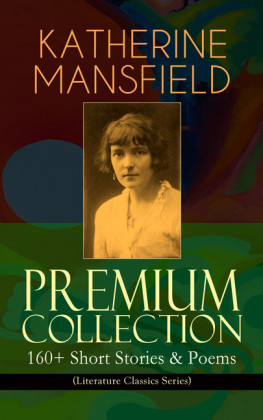 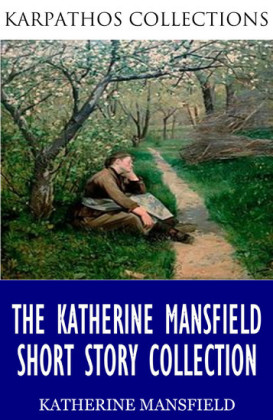 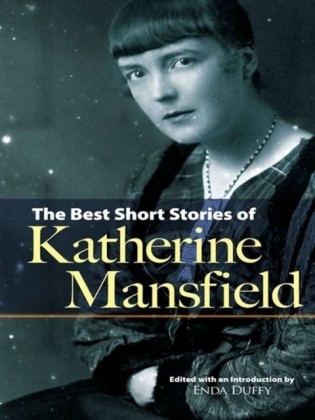 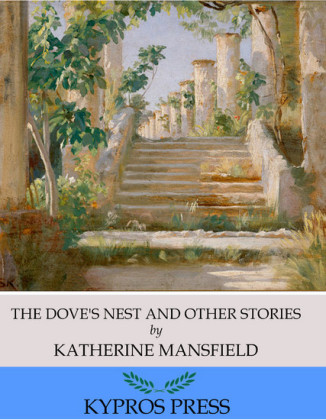 The Dove's Nest and Other Stories
Mansfield, Katherine
1,73 € 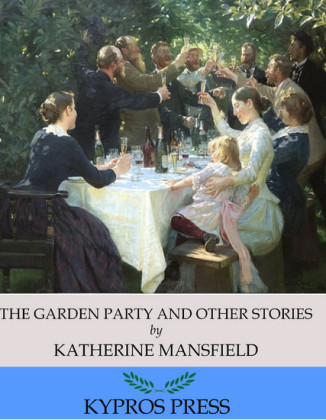 The Garden Party and Other Stories
Mansfield, Katherine
1,73 €