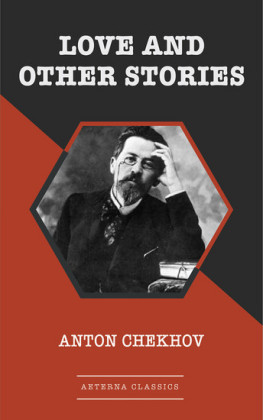 Love and Other Stories

Raymond Carver called Anton Chekhov 'the greatest short story writer who has ever lived.' This unequivocal verdict on Chekhov's genius has been echoed many times by writers as diverse as Katherine Mansfield, Somerset Maugham, John Cheever and Tobias Wolf. While his popularity as a playwright has sometimes overshadowed his achievements in prose, the importance of Chekhov's stories is now recognized by readers as well as by fellow authors. Their themes--alienation, the absurdity and tragedy of human existence--have as much relevance today as when they were written, and these superb new translations capture their modernist spirit. Elusive and subtle, spare and unadorned, the stories in this selection are among Chekhov's most poignant and lyrical. The book includes well-known pieces such as 'The Lady with the Little Dog,' as well as less familiar work like 'Gusev,' inspired by Chekhov's travels in the Far East, and 'Rothschild's Violin,' a haunting and darkly humorous tale about death and loss. The stories are arranged chronologically to show the evolution of Chekhov's art. Anton Pavlovich Chekhov was a Russian playwright and short story writer, who is considered to be among the greatest writers of short fiction in history. His career as a playwright produced four classics and his best short stories are held in high esteem by writers and critics. Along with Henrik Ibsen and August Strindberg, Chekhov is often referred to as one of the three seminal figures in the birth of early modernism in the theatre. Chekhov practised as a medical doctor throughout most of his literary career: 'Medicine is my lawful wife', he once said, 'and literature is my mistress.'

Love and Other Stories

THE dog was barking excitedly outside. And Ananyev the engineer, his assistant called Von Schtenberg, and I went out of the hut to see at whom it was barking. I was the visitor, and might have remained indoors, but I must confess my head was a little dizzy from the wine I had drunk, and I was glad to get a breath of fresh air.

"There is nobody here," said Ananyev when we went out. "Why are you telling stories, Azorka? You fool!"

There was not a soul in sight.

"The fool," Azorka, a black house-dog, probably conscious of his guilt in barking for nothing and anxious to propitiate us, approached us, diffidently wagging his tail. The engineer bent down and touched him between his ears.

"Why are you barking for nothing, creature?" he said in the tone in which good-natured people talk to children and dogs. "Have you had a bad dream or what? Here, doctor, let me commend to your attention," he said, turning to me, "a wonderfully nervous subject! Would you believe it, he can't endure solitude-he is always having terrible dreams and suffering from nightmares; and when you shout at him he has something like an attack of hysterics."

"Yes, a dog of refined feelings," the student chimed in.

Azorka must have understood that the conversation was concerning him. He turned his head upwards and grinned plaintively, as though to say, "Yes, at times I suffer unbearably, but please excuse it!"

It was an August night, there were stars, but it was dark. Owing to the fact that I had never in my life been in such exceptional surroundings, as I had chanced to come into now, the starry night seemed to me gloomy, inhospitable, and darker than it was in reality. I was on a railway line which was still in process of construction. The high, half-finished embankment, the mounds of sand, clay, and rubble, the holes, the wheel-barrows standing here and there, the flat tops of the mud huts in which the workmen lived-all this muddle, coloured to one tint by the darkness, gave the earth a strange, wild aspect that suggested the times of chaos. There was so little order in all that lay before me that it was somehow strange in the midst of the hideously excavated, grotesque-looking earth to see the silhouettes of human beings and the slender telegraph posts. Both spoiled the ensemble of the picture, and seemed to belong to a different world. It was still, and the only sound came from the telegraph wire droning its wearisome refrain somewhere very high above our heads.

We climbed up on the embankment and from its height looked down upon the earth. A hundred yards away where the pits, holes, and mounds melted into the darkness of the night, a dim light was twinkling. Beyond it gleamed another light, beyond that a third, then a hundred paces away two red eyes glowed side by side-probably the windows of some hut-and a long series of such lights, growing continually closer and dimmer, stretched along the line to the very horizon, then turned in a semicircle to the left and disappeared in the darkness of the distance. The lights were motionless. There seemed to be something in common between them and the stillness of the night and the disconsolate song of the telegraph wire. It seemed as though some weighty secret were buried under the embankment and only the lights, the night, and the wires knew of it.

"How glorious, O Lord!" sighed Ananyev; "such space and beauty that one can't tear oneself away! And what an embankment! It's not an embankment, my dear fellow, but a regular Mont Blanc. It's costing millions. . . ."

Going into ecstasies over the lights and the embankment that was costing millions, intoxicated by the wine and his sentimental mood, the engineer slapped Von Schtenberg on the shoulder and went on in a jocose tone:

"Well, Mihail Mihailitch, lost in reveries? No doubt it is pleasant to look at the work of one's own hands, eh? Last year this very spot was bar Love and Other Stories
Chekhov, Anton
0,81 € 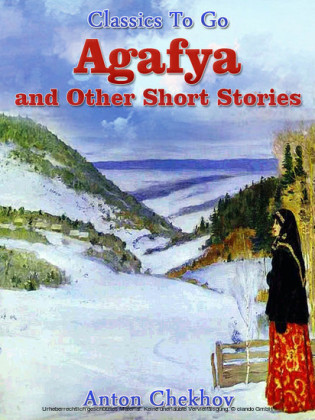 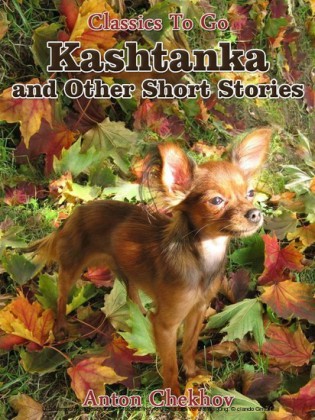 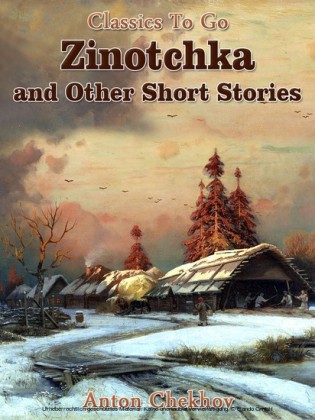 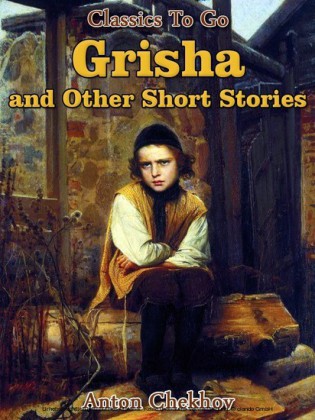 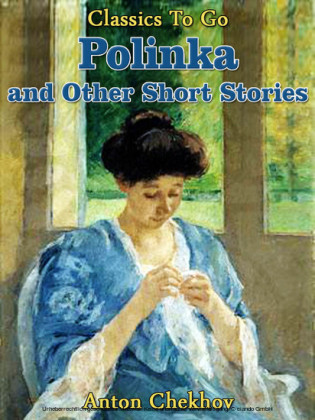