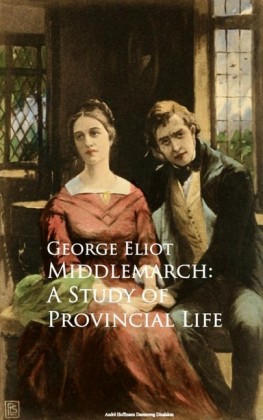 Middlemarch: A Study of Provincial Life

Who that cares much to know the history of man, and how the mysterious mixture behaves under the varying experiments of Time, has not dwelt, at least briefly, on the life of Saint Theresa, has not smiled with some gentleness at the thought of the little girl walking forth one morning hand-in-hand with her still smaller brother, to go and seek martyrdom in the country of the Moors? Out they toddled from rugged Avila, wide-eyed and helpless-looking as two fawns, but with human hearts, already beating to a national idea; until domestic reality met them in the shape of uncles, and turned them back from their great resolve. That child-pilgrimage was a fit beginning. Theresa's passionate, ideal nature demanded an epic life: what were many-volumed romances of chivalry and the social conquests of a brilliant girl to her? Her flame quickly burned up that light fuel; and, fed from within, soared after some illimitable satisfaction, some object which would never justify weariness, which would reconcile self-despair with the rapturous consciousness of life beyond self. She found her epos in the reform of a religious order. That Spanish woman who lived three hundred years ago, was certainly not the last of her kind. Many Theresas have been born who found for themselves no epic life wherein there was a constant unfolding of far-resonant action; perhaps only a life of mistakes, the offspring of a certain spiritual grandeur ill-matched with the meanness of opportunity; perhaps a tragic failure which found no sacred poet and sank unwept into oblivion. With dim lights and tangled circumstance they tried to shape their thought and deed in noble agreement; but after all, to common eyes their struggles seemed mere inconsistency and formlessness; for these later-born Theresas were helped by no coherent social faith and order which could perform the function of knowledge for the ardently willing soul.

Middlemarch: A Study of Provincial Life

"Since I can do no good because a woman,
Reach constantly at something that is near it.
-The Maid's Tragedy: BEAUMONT AND FLETCHER.

Miss Brooke had that kind of beauty which seems to be thrown into relief by poor dress. Her hand and wrist were so finely formed that she could wear sleeves not less bare of style than those in which the Blessed Virgin appeared to Italian painters; and her profile as well as her stature and bearing seemed to gain the more dignity from her plain garments, which by the side of provincial fashion gave her the impressiveness of a fine quotation from the Bible,-or from one of our elder poets,-in a paragraph of to-day's newspaper. She was usually spoken of as being remarkably clever, but with the addition that her sister Celia had more common-sense. Nevertheless, Celia wore scarcely more trimmings; and it was only to close observers that her dress differed from her sister's, and had a shade of coquetry in its arrangements; for Miss Brooke's plain dressing was due to mixed conditions, in most of which her sister shared. The pride of being ladies had something to do with it: the Brooke connections, though not exactly aristocratic, were unquestionably "good:" if you inquired backward for a generation or two, you would not find any yard-measuring or parcel-tying forefathers-anything lower than an admiral or a clergyman; and there was even an ancestor discernible as a Puritan gentleman who served under Cromwell, but afterwards conformed, and managed to come out of all political troubles as the proprietor of a respectable family estate. Young women of such birth, living in a quiet country-house, and attending a village church hardly larger than a parlor, naturally regarded frippery as the ambition of a huckster's daughter. Then there was well-bred economy, which in those days made show in dress the first item to be deducted from, when any margin was required for expenses more distinctive of rank. Such reasons would have been enough to account for plain dress, quite apart from religious feeling; but in Miss Brooke's case, religion alone would have determined it; and Celia mildly acquiesced in all her sister's sentiments, only infusing them with that common-sense which is able to accept momentous doctrines without any eccentric agitation. Dorothea knew many passages of Pascal's Pensees and of Jeremy Taylor by heart; and to her the destinies of mankind, seen by the light of Christianity, made the solicitudes of feminine fashion appear an occupation for Bedlam. She could not reconcile the anxieties of a spiritual life involving eternal consequences, with a keen interest in gimp and artificial protrusions of drapery. Her mind was theoretic, and yearned by its nature after some lofty conception of the world which might frankly include the parish of Tipton and her own rule of conduct there; she was enamoured of intensity and greatness, and rash in embracing whatever seemed to her to have those aspects; likely to seek martyrdom, to make retractations, and then to incur martyrdom after all in a quarter where she had not sought it. Certainly such elements in the character of a marriageable girl tended to interfere with her lot, and hinder it from being decided according to custom, by good looks, vanity, and merely canine affection. With all this, she, the elder of the sisters, was not yet twenty, and they had both been educated, since they were about twelve years old and had lost their parents, on plans at once narrow and promiscuous, first in an English family and afterwards in a Swiss family at Lausanne, their bachelor uncle and guardian trying in this way to remedy the disadvantages of their orphaned condition.

It was hardly a year since they had com 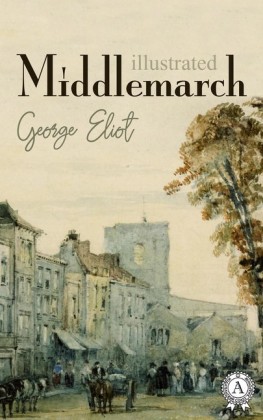 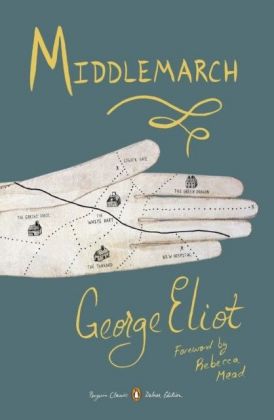 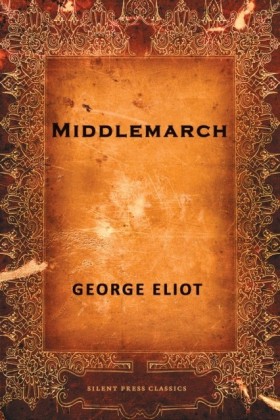 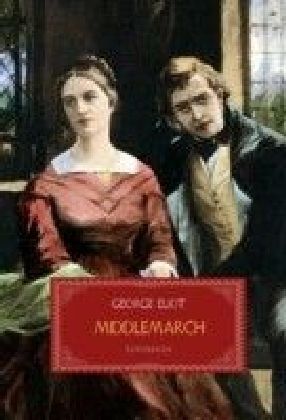