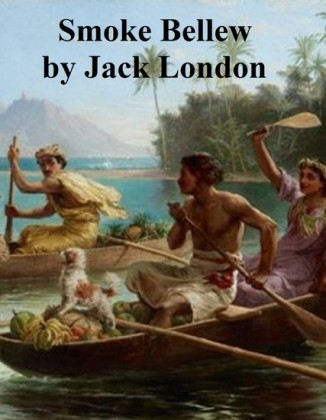 Classic Jack London stories, including The Taste of the Meat, The Meat, The Stampede to Squaw Creek, Shorty Dreams, The Man on the Other Bank, The Race for Number Three, The Little Man, The Hanging of Cultus George, The Mistake of Creation, A Flutter in Eggs, The Town-Site of Tra-Lee, and Wonder of Woman. According to Wikipedia:'Jack London (1876 - 1916) was an American author who wrote The Call of the Wild, White Fang, and The Sea Wolf along with many other popular books. A pioneer in the then-burgeoning world of commercial magazine fiction, he was one of the first Americans to make a lucrative career exclusively from writing.'

VI. THE RACE FOR NUMBER THREE.

Shorty surveyed his partner with simulated disapproval, and Smoke, vainly attempting to rub the wrinkles out of the pair of trousers he had just put on, was irritated.

"They sure fit you close for a second-hand buy," Shorty went on. "What was the tax?"

"One hundred and fifty for the suit," Smoke answered. "The man was nearly my own size. I thought it was remarkably reasonable. What are you kicking about?"

"Who? Me? Oh, nothin'. I was just thinkin' it was goin' some for a meat-eater that hit Dawson in an ice-jam, with no grub, one suit of underclothes, a pair of mangy moccasins, an' overalls that looked like they'd been through the wreck of the Hesperus. Pretty gay front, pardner. Pretty gay front. Say--?"

"What do you want now?" Smoke demanded testily.

"There isn't any her, my friend. I'm to have dinner at Colonel Bowie's, if you want to know. The trouble with you, Shorty, is you're envious because I'm going into high society and you're not invited."

"Ain't you some late?" Shorty queried with concern.

"For dinner. They'll be eatin' supper when you get there."

Smoke was about to explain with crudely elaborate sarcasm when he caught the twinkle in the other's eye. He went on dressing, with fingers that had lost their deftness, tying a Windsor tie in a bow-knot at the throat of his soft cotton shirt.

"Wisht I hadn't sent all my starched shirts to the laundry," Shorty murmured sympathetically. "I might 'a' fitted you out."

By this time Smoke was straining at a pair of shoes. The woollen socks were too thick to go into them. He looked appealingly at Shorty, who shook his head.

"Nope. If I had thin ones I wouldn't lend 'em to you. Back to the moccasins, pardner. You'd sure freeze your toes in skimpy-fangled gear like that."

"I paid fifteen dollars for them, second hand," Smoke lamented.

"I reckon they won't be a man not in moccasins."

"But there are to be women, Shorty. I'm going to sit down and eat with real live women--Mrs. Bowie, and several others, so the Colonel told me."

"Well, moccasins won't spoil their appetite none," was Shorty's comment. "Wonder what the Colonel wants with you?"

"I don't know, unless he's heard about my finding Surprise Lake. It will take a fortune to drain it, and the Guggenheims are out for investment."

"Reckon that's it. That's right, stick to the moccasins. Gee! That coat is sure wrinkled, an' it fits you a mite too swift. Just peck around at your vittles. If you eat hearty you'll bust through. An' if them women folks gets to droppin' handkerchiefs, just let 'em lay. Don't do any pickin' up. Whatever you do, don't."

As became a high-salaried expert and the representative of the great house of Guggenheim, Colonel Bowie lived in one of the most magnificent cabins in Dawson. Of squared logs, hand-hewn, it was two stories high, and of such extravagant proportions that it boasted a big living room that was used for a living room and for nothing else.

Here were big bear-skins on the rough board floor, and on the walls horns of moose and caribou. Here roared an open fireplace and a big wood-burning stove. And here Smoke met the social elect of Dawson--not the mere pick-handle millionaires, but the ultra-cream of a mining city whose population had been recruited from all the world--men like Warburton Jones, the explorer and writer; Captain Consadine of the Mounted Police; Haskell, Gold Commissioner of the Nor 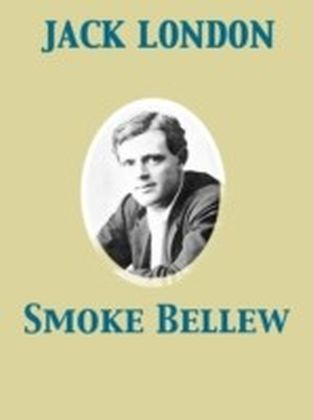 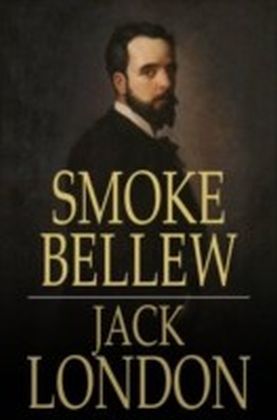 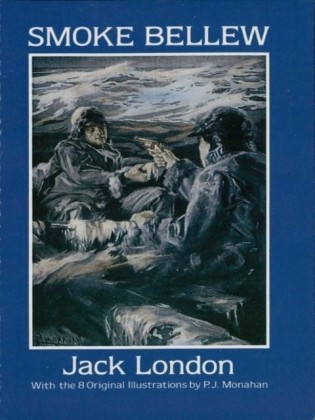 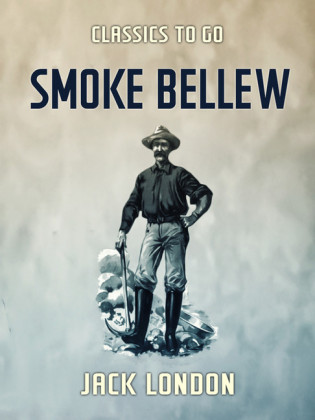 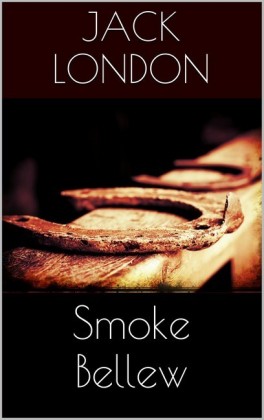 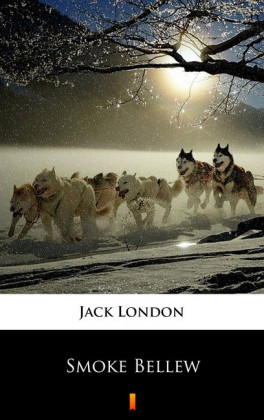