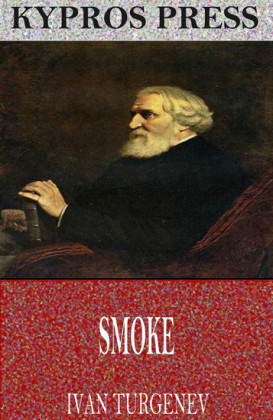 Ivan Turgenev was a Russian writer and playwright in the 19th century. Turgenev's novel Fathers and Sons as well as his short stories were key contributions to Russian Realism. This edition of Smoke includes a table of contents.

WHEN Litvinov was torn loose from his "far from gay or complicated" life, caught up in a lurid passion in which he was never at home, and then abandoned, he fled upon the train. At first he was exhausted by the prodigious effort of will he had made; then a kind of composure came upon him. He "was hardened." The train, the minutes, were carrying him away from the wreck of his life.

"He took to gazing out of the window. The day was gray and damp; there was no rain, but the fog held on, and low-lying clouds veiled the sky. The wind was blowing in the contrary direction to the course of the train; whitish clouds of steam, now alone, now mingled with other, darker clouds, of smoke, swept, in an endless series, past the window beside which Litvinov sat. He began to watch the steam, the smoke. Incessantly whirling, rising and falling, twisting and catching at the grass, at the bushes, playing pranks, as it were, lengthening and melting, puff followed puff, . . . they were constantly changing and yet remained the same . . . a monotonous, hurried, tiresome game! Sometimes the wind changed, the road made a turn - the whole mass suddenly disappeared, and immediately became visible through the opposite window; then, once more, the hugh train flung itself over, and once more veiled from Litvinov the wide view of the Rhine Valley. He gazed and gazed, and a strange reflection occurred to him. . . . He was alone in the carriage; there was no one to interfere with him. 'Smoke, smoke'- he repeated several times in succession; and suddenly everything appeared to him to be smoke - everything, his own life, everything pertaining to men, especially everything Russian. Every thing is smoke and steam, he thought; - everything seems to be constantly undergoing change; every where there are new forms, phenomenon follows phenomenon, but in reality everything is exactly alike; everything is hurrying, hastening somewhither - and everything vanishes without leaving a trace, without having attained to any end whatever; another breeze has begun to blow - and everything has been flung to the other side, and there, again, is the same incessant, agitated - and useless game. He recalled many things which had taken place, with much sound and clatter, before his eyes the last few years . . 'smoke,' he murmured - 'smoke.'"

"Smoke." This is not only Litvinov's reaction from experiences too terrible for his mind and heart to stand - and also his consolation - but it is Turgenev's own reaction to life. The profound disillusion following the failure of the Revolutionary movement of '48, which swept over the intellectuals of Europe, had also its characteristic repercussion among the intellectual youth of Russia, and made a generation like the later generation so well portrayed by Tchekov - the men of the '80s, and also like the Intelligentsia after the failure of the Revolution of 1905.

The restless futility, self-searching, flabbiness of will so native to this type are incarnate in one of Turgenev's greatest characters, Rudin. They persist in numerous characters in Smoke, and are not absent from the make-up of Litvinov himself - nor of Turgenev, for that matter. The conception of the futility of effort, of revolution, of political ideas in general, the tranquillity attained only by seeing life from the standpoint of eternity, Turgenev had already enunciated in Fathers and Children. He wished to see life with Olympian calm; the irony of Basarov's death is a key-note of his profound pessimism. But in Smoke there is bitter satire, showing that life to him was still a battle, an exasperation.

The claims so often made by critics that Turgenev, the natural aristocrat, was always consciously, above all, an artist, are disproved by his own autobiographical note prefaced to the complete edition of his works published in Moscow in 1880:

"I took a header into the German Ocean," he says, speaking of his going to 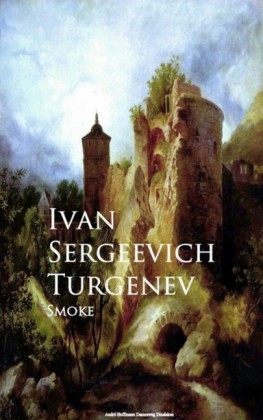 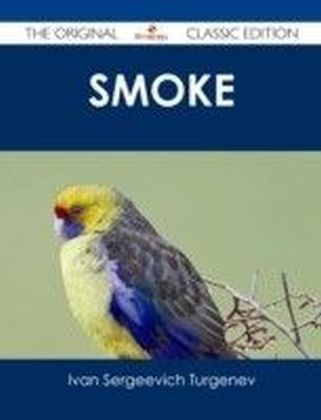 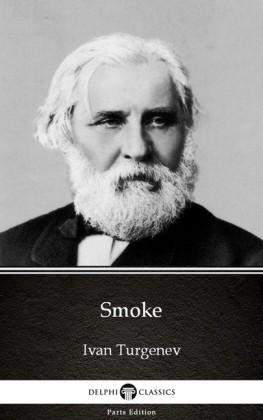 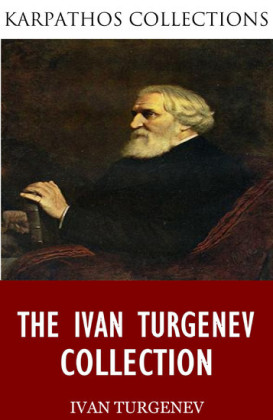 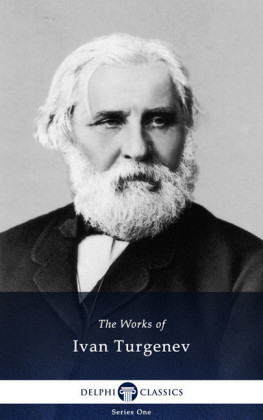 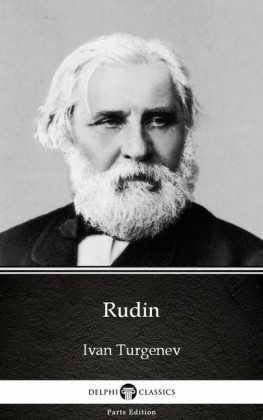