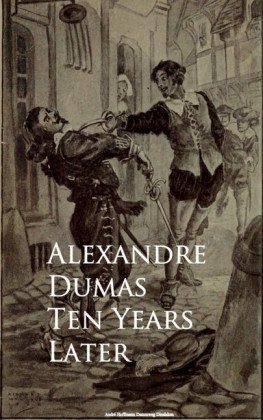 Towards the middle of the month of May, in the year 1660, at nine o'clock in the morning, when the sun, already high in the heavens, was fast absorbing the dew from the ramparts of the castle of Blois a little cavalcade, composed of three men and two pages, re-entered the city by the bridge, without producing any other effect upon the passengers of the quay beyond a first movement of the hand to the head, as a salute, and a second movement of the tongue to express, in the purest French then spoken in France: "There is Monsieur returning from hunting." And that was all.

Whilst, however, the horses were climbing the steep acclivity which leads from the river to the castle, several shop-boys approached the last horse, from whose saddle-bow a number of birds were suspended by the beak.

On seeing this, the inquisitive youths manifested with rustic freedom their contempt for such paltry sport, and, after a dissertation among themselves upon the disadvantages of hawking, they returned to their occupations; one only of the curious party, a stout, stubby, cheerful lad, having demanded how it was that Monsieur, who, from his great revenues, had it in his power to amuse himself so much better, could be satisfied with such mean diversions.

"Do you not know," one of the standers-by replied, "that Monsieur's principal amusement is to weary himself?"

The light-hearted boy shrugged his shoulders with a gesture which said as clear as day: "In that case I would rather be plain Jack than a prince." And all resumed their labors.

In the meanwhile, Monsieur continued his route with an air at once so melancholy and so majestic, that he certainly would have attracted the attention of spectators, if spectators there had been; but the good citizens of Blois could not pardon Monsieur for having chosen their gay city for an abode in which to indulge melancholy at his ease, and as often as they caught a glimpse of the illustrious ennuye, they stole away gaping, or drew back their heads into the interior of their dwellings, to escape the soporific influence of that long pale face, of those watery eyes, and that languid address; so that the worthy prince was almost certain to find the streets deserted whenever he chanced to pass through them.

Now, on the part of the citizens of Blois this was a culpable piece of disrespect, for Monsieur was, after the king-nay, even, perhaps before the king-the greatest noble of the kingdom. In fact, God, who had granted to Louis XIV., then reigning, the honor of being son of Louis XIII., had granted to Monsieur the honor of being son of Henry IV. It was not then, or, at least it ought not to have been, a trifling source of pride for the city of Blois, that Gaston of Orleans had chosen it as his residence, and he his court in the ancient castle of its states.

But it was the destiny of this great prince to excite the attention and admiration of the public in a very modified degree wherever he might be. Monsieur had fallen into this situation by habit.

It was not, perhaps, this which gave him that air of listlessness. Monsieur had been tolerably busy in the course of his life. A man cannot allow the heads of a dozen of his best friends to be cut off without feeling a little excitement, and as, since the accession of Mazarin to power, no heads had been cut off, Monsieur's occupation was gone, and his morale suffered from it.

The life of the poor prince was, then, very dull. After his little morning hawking-party on the banks of the Beuvion, or in the woods of Chiverny, Monsieur crossed the Loire, went to breakfast at Chambord, with or without an appetite and the city of Blois heard no more of its sovereign lord and master till the next hawking-day.

So much for the ennui extra muros; of the ennui of the interior we will give the reader an idea if he will with us follow the cavalcade to the majestic porch of the cas 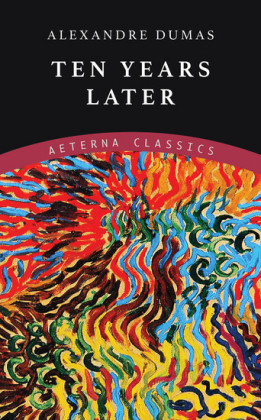 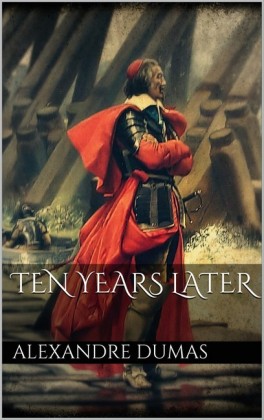 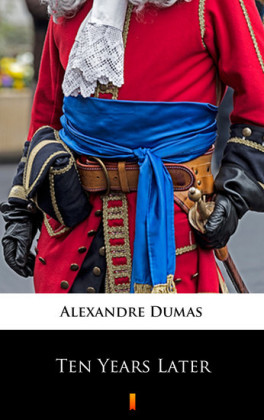 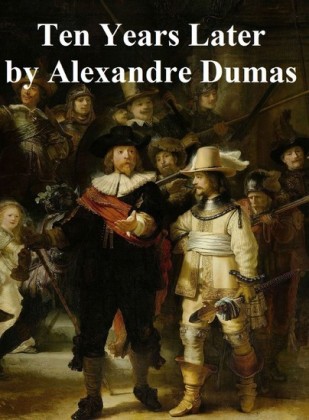 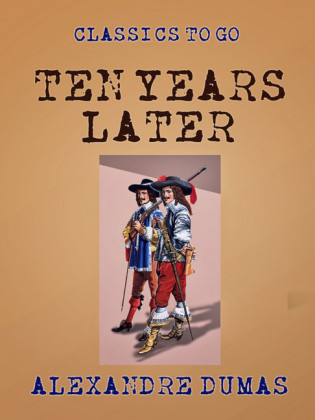 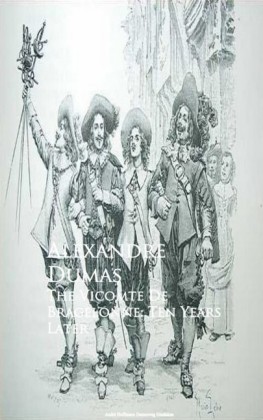