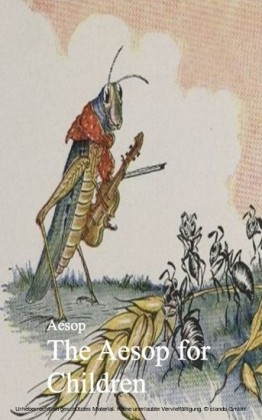 The Aesop for Children

The Aesop for Children

A Fox one day spied a beautiful bunch of ripe grapes hanging from a vine trained along the branches of a tree. The grapes seemed ready to burst with juice, and the Fox's mouth watered as he gazed longingly at them.

The bunch hung from a high branch, and the Fox had to jump for it. The first time he jumped he missed it by a long way. So he walked off a short distance and took a running leap at it, only to fall short once more. Again and again he tried, but in vain.

Now he sat down and looked at the grapes in disgust.

"What a fool I am," he said. "Here I am wearing myself out to get a bunch of sour grapes that are not worth gaping for."

And off he walked very, very scornfully.

There are many who pretend to despise and belittle that which is beyond their reach.
THE BUNDLE OF STICKS

A certain Father had a family of Sons, who were forever quarreling among themselves. No words he could say did the least good, so he cast about in his mind for some very striking example that should make them see that discord would lead them to misfortune.

One day when the quarreling had been much more violent than usual and each of the Sons was moping in a surly manner, he asked one of them to bring him a bundle of sticks. Then handing the bundle to each of his Sons in turn he told them to try to break it. But although each one tried his best, none was able to do so.

The Father then untied the bundle and gave the sticks to his Sons to break one by one. This they did very easily.

"My Sons," said the Father, "do you not see how certain it is that if you agree with each other and help each other, it will be impossible for your enemies to injure you? But if you are divided among yourselves, you will be no stronger than a single stick in that bundle."

In unity is strength.
THE WOLF AND THE CRANE

A Wolf had been feasting too greedily, and a bone had stuck crosswise in his throat. He could get it neither up nor down, and of course he could not eat a thing. Naturally that was an awful state of affairs for a greedy Wolf.

So away he hurried to the Crane. He was sure that she, with her long neck and bill, would easily be able to reach the bone and pull it out.

"I will reward you very handsomely," said the Wolf, "if you pull that bone out for me."

The Crane, as you can imagine, was very uneasy about putting her head in a Wolf's throat. But she was grasping in nature, so she did what the Wolf asked her to do.

When the Wolf felt that the bone was gone, he started to walk away.

"But what about my reward!" called the Crane anxiously.

"What!" snarled the Wolf, whirling around. "Haven't you got it? Isn't it enough that I let you take your head out of my mouth without snapping it off?"

Expect no reward for serving the wicked.
THE ASS AND HIS DRIVER

An Ass was being driven along a road leading down the mountain side, when he suddenly took it into his silly head to choose his own path. He could see his stall at the foot of the mountain, and to him the quickest way down seemed to be over the edge of the nearest cliff. Just as he was about to leap over, his master caught him by the tail and tried to pull him back, but the stubborn Ass would not yield and pulled with all his might.

"Very well," said his master, "go your way, you willful beast, and see where it leads you."

With that he let go, and the foolish Ass tumbled head over heels down the mountain side.

They who will not listen to reason but stubbornly go their own way against the friendly advice of those who are wiser than they, are on the road to misfortune.
THE OXEN AND THE WHEELS

A pair of Oxen were drawing a heavily loaded wagon along a miry country road. They had to use all their strength to pull the wagon, but they did not complain.

The Wheels of the wagon were of a different sort. Thoug 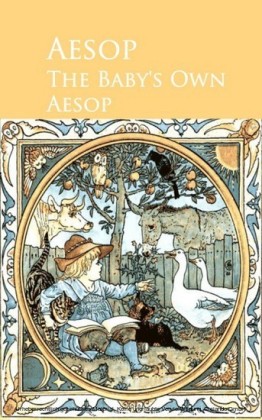 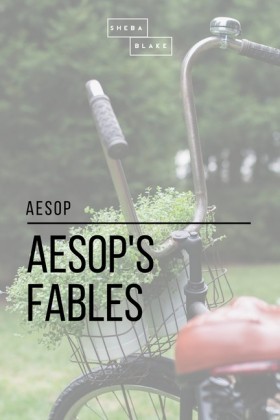 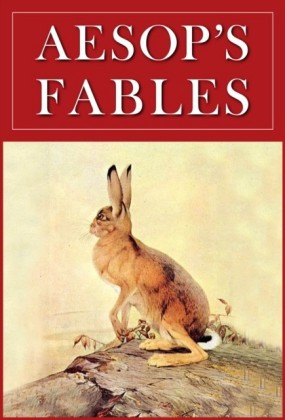 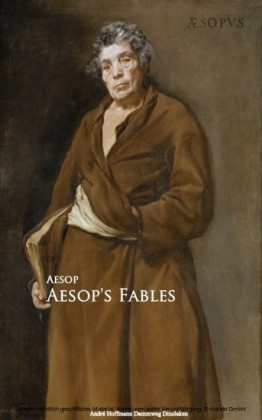 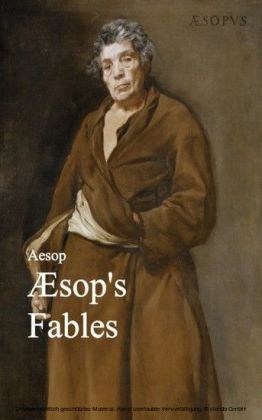 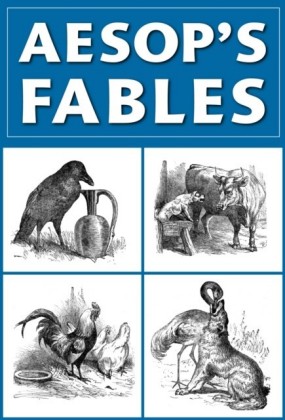