The Bride of the Nile von Ebers, Georg (eBook) 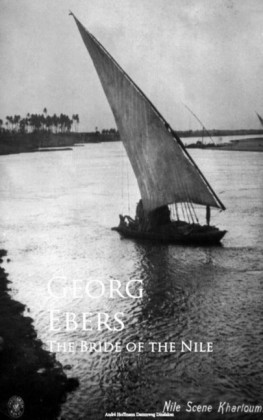 The Bride of the Nile

The 'Bride of the Nile' needs no preface. For the professional student I may observe that I have relied on the authority of de Goeje in adhering to my own original opinion that the word Mukaukas is not to be regarded as a name but as a title, since the Arab writers to which I have made reference apply it to the responsible representatives of the Byzantine Emperor in antagonism to the Moslem power. I was unfortunately unable to make further use of Karabacek's researches as to the Mukaukas. I shall not be held justified in placing the ancient Horus Apollo (Horapollo) in the seventh century after Christ by any one who regards the author of the Hieroglyphica as identical with the Egyptian philosopher of the same name who, according to Suidas, lived under Theodosius, and to whom Stephanus of Byzantium refers, writing so early as at the end of the fifth century. But the lexicographer Suidas enumerates the works of Horapollo, the philologer and commentator on Greek poetry, without naming the Hieroglyphica, which is the only treatise alluded to by Stephanus. Besides, all the other ancient writers who mention Horapollo at all leave us quite free to suppose that there may have been two sages of the same name-as does C. Leemans, who is most intimately versed in the Hieroglyphica-and the second certainly cannot have lived earlier than the VIIth century, since an accurate knowledge of hieroglyphic writing must have been lost far more completely in his time than we can suppose possible in the IVth century. It must be remembered that we still possess well-executed hieroglyphic inscriptions dating from the time of Decius, 250 years after Christ. Thus the Egyptian commentator on Greek poetry could hardly have needed a translator, whereas the Hieroglyphica seems to have been first rendered into Greek by Philippus.

The Bride of the Nile

The caravansary into which Haschim and his following now turned off stood on a plot of rising ground surrounded by palm-trees. Before the destruction of the heathen sanctuaries it had been a temple of Imhotep, the Egyptian Esculapius, the beneficient god of healing, who had had his places of special worship even in the city of the dead. It was half relined, half buried in desert sand when an enterprising inn-keeper had bought the elegant structure with the adjacent grove for a very moderate sum. Since then it had passed to various owners, a large wooden building for the accommodation of travellers had been added to the massive edifice, and among the palm-trees, which extended as far as the ill-repaired quay, stables were erected and plots of ground fenced in for beasts of all kinds. The whole place looked like a cattle-fair, and indeed it was a great resort of the butchers and horse-dealers of the town, who came there to purchase. The palm-grove, being one of the few remaining close to the city, also served the Memphites as a pleasure-ground where they could "sniff fresh air" and treat themselves in a pleasant shade. 'Tables and seats had been set out close to the river, and there were boats on hire in mine host's little creek; and those who took their pleasure in coming thither by water were glad to put in and refresh themselves under the palms of Nesptah.

Two rows of houses had formerly divided this rendezvous for the sober and the reckless from the highroad, but they had long since been pulled down and laid level with the ground by successive landlords. Even now some hundreds of laborers might be seen, in spite of the scorching heat, toiling under Arab overseers to demolish a vast ruin of the date of the Ptolemies and transporting the huge blocks of limestone and marble, and the numberless columns which once had supported the roof of the temple of Zeus, to the eastern shore of the Nile-loading them on to trucks drawn by oxen which hauled them down to the quay to cross the river in flat-bottomed boats.

Amru, the Khaliff's general and representative, was there building his new capital. For this the temples of the old gods were used as quarries, and they supplied not only finely-squared blocks of the most durable stone, but also myriads of Greek columns of every order, which had only to be ferried over and set up again on the other shore; for the Arabs disdained nothing in the way of materials, and made indiscriminate use of blocks and pillars in their own sanctuaries, whether they took them from heathen temples or Christian churches.

The walls of the temple of Imhotep had originally been completely covered with pictures of the gods, and hieroglyphic inscriptions; but the smoke of reeking hearths had long since blackened them, fanatical hands had never been wanting to deface them, and in many places they had been lime-washed and scrawled with Christian symbols or very unchristian mottoes, in Greek and the spoken dialect of the Egyptians. The Arab and his men took their meal in what had been the great hall of the temple-none of them drinking wine excepting the captain of the caravan, who was no Moslem but belonged to the Parsee sect of the Masdakites.

When the old merchant, sitting at a table by himself, had satisfied his hunger, he called this chief and desired him to load the bale containing the hanging on a litter between the two largest baggage camels, and to fasten it securely but so that it could easily be removed.

"It is done," replied the Persian, as he wiped his thick moustache-he was a magnificent man as tall and stalwart as an oak, with light flowing hair like a lion's mane.

"So much the better," said Haschim. "Then come out with me." And he led the way to the palmgrove.

The sun had sunk to rest behind the pyramids, the Necropolis, and the Libyan hills; the eastern sky, and the bare limestone rock of Babylon on the opposite shore were 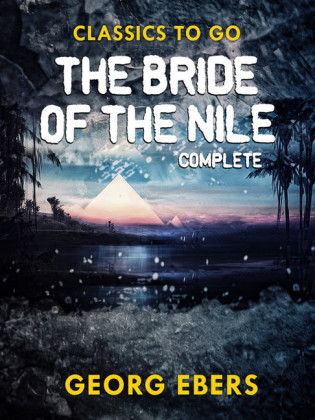 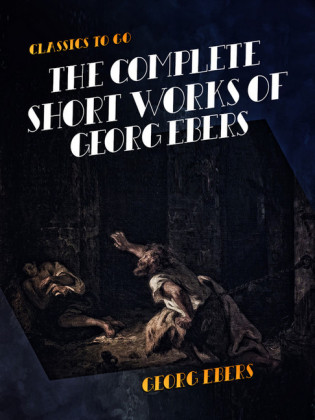 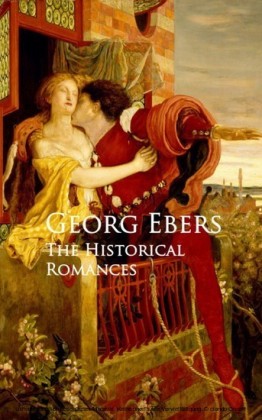 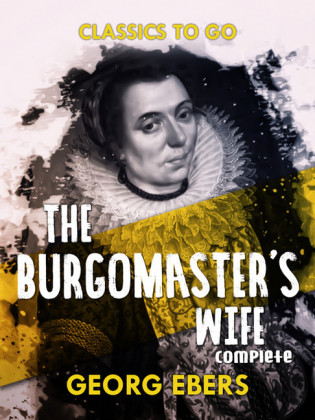 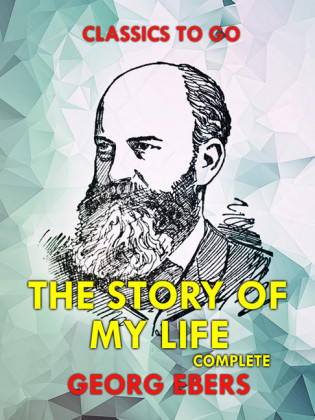 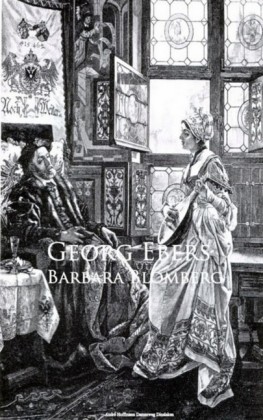