The Complete Works of Ernest Bramah (Including Max Carrados Mysteries & Kai Lung Fantasy Series) The Secret of the League, The Coin of Dionysius, The Game Played In the Dark, The Bravo of London, The Tilling Shaw Mystery, The Secret of Dunstan's Tower, The Missing Witness Sensation... von Bramah, Ernest (eBook) 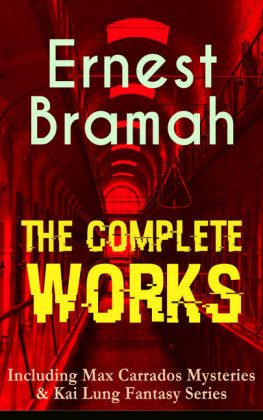 This carefully crafted ebook: 'The Complete Works of Ernest Bramah (Including Max Carrados Mysteries & Kai Lung Fantasy Series)' is formatted for your eReader with a functional and detailed table of contents. Ernest Bramah (1868-1942) was an English author. He published numerous thriller books, detective stories and supernatural tales, creating the characters Kai Lung and Max Carrados. Bramah's detective stories were ranked with Conan Doyle, his politico-science fiction with H. G. Wells, his supernatural stories with Algernon Blackwood and his humorous works with Jerome K Jerome. George Orwell acknowledged that Bramah's book, The Secret of the League, influenced his Nineteen Eighty-Four. Table of Contents: Max Carrados Series The Coin of Dionysius The Knight's Cross Signal Problem The Tragedy at Brookbend Cottage The Clever Mrs. Straithwaite The Last Exploit Of Harry the Actor The Tilling Shaw Mystery The Comedy at Fountain Cottage The Game Played In the Dark The Virginiola Fraud The Disappearance of Marie Severe The Secret of Dunstan's Tower The Mystery of the Poisoned Dish of Mushrooms The Ghost at Massingham Mansions The Missing Actress Sensation The Ingenious Mr. Spinola The Kingsmouth Spy Case The Eastern Mystery The Secret of Headlam Height The Mystery of the Vanished Petition Crown The Holloway Flat Tragedy The Curious Circumstances of the Two Left Shoes The Ingenious Mind of Mr. Rigby Lacksome The Crime at the House in Culver Street The Strange Case of Cyril Bycourt The Missing Witness Sensation The Bravo of London: A Novel Kai Lung Series The Transmutation of Ling The Story of Yung Chang The Probation of Sen Heng The Experiment of the Mandarin Chan Hung The Confession of Kai Lung The Vengeance of Tung Fel The Career of the Charitable Quen-Ki-Tong The Vision of Yin, the Son of Yat Huang The Ill-Regulated Destiny of Kin Yen, the Picture-Maker Kai Lung's Golden Hours Kai Lung Unrolls His Mat Other Novels The Mirror of Kong Ho The Secret of the League

The Last Exploit of Harry the Actor
Table of Contents
The one insignificant fact upon which turned the following incident in the joint experiences of Mr Carlyle and Max Carrados was merely this: that having called upon his friend just at the moment when the private detective was on the point of leaving his office to go to the safe deposit in Lucas Street, Piccadilly, the blind amateur accompanied him, and for ten minutes amused himself by sitting quite quietly among the palms in the centre of the circular hall while Mr Carlyle was occupied with his deed-box in one of the little compartments provided for the purpose.

The Lucas Street depository was then (it has since been converted into a picture palace) generally accepted as being one of the strongest places in London. The front of the building was constructed to represent a gigantic safe door, and under the colloquial designation of "The Safe" the place had passed into a synonym for all that was secure and impregnable. Half of the marketable securities in the west of London were popularly reported to have seen the inside of its coffers at one time or another, together with the same generous proportion of family jewels. However exaggerated an estimate this might be, the substratum of truth was solid and auriferous enough to dazzle the imagination. When ordinary safes were being carried bodily away with impunity or ingeniously fused open by the scientifically equipped cracksman, nervous bond-holders turned with relief to the attractions of an establishment whose modest claim was summed up in its telegraphic address: "Impregnable." To it went also the jewel-case between the lady's social engagements, and when in due course "the family" journeyed north-or south, east or west-whenever, in short, the London house was closed, its capacious storerooms received the plate-chest as an established custom. Not a few traders also-jewellers, financiers, dealers in pictures, antiques and costly bijouterie, for instance-constantly used its facilities for any stock that they did not requite immediately to hand.

There was only one entrance to the place, an exaggerated keyhole, to carry out the similitude of the safe-door alluded to. The ground floor was occupied by the ordinary offices of the company; all the strong-rooms and safes lay in the steel-cased basement. This was reached both by a lift and by a flight of steps. In either case the visitor found before him a grille of massive proportions. Behind its bars stood a formidable commissionaire who never left his post, his sole duty being to open and close the grille to arriving and departing clients. Beyond this, a short passage led into the round central hall where Carrados was waiting. From this part, other passages radiated off to the vaults and strong-rooms, each one barred from the hall by a grille scarcely less ponderous than the first one. The doors of the various private rooms put at the disposal of the company's clients, and that of the manager's office, filled the wall-space between the radiating passages. Everything was very quiet, everything looked very bright, and everything seemed hopelessly impregnable.

"But I wonder?" ran Carrados's dubious reflection; as he reached this point.

"Sorry to have kept you so long, my dear Max," broke in Mr Carlyle's crisp voice. He had emerged from his compartment and was crossing the hall, deed-box in hand. "Another minute and I will be with you."

Carrados smiled and nodded and resumed his former expression, which was merely that of an uninterested gentleman waiting patiently for another. It is something of an attainment to watch closely without betraying undue curiosity, but others of the senses-hearing and smelling, for instance-can be keenly engaged while the observer possibly has the appearance of falling asleep. 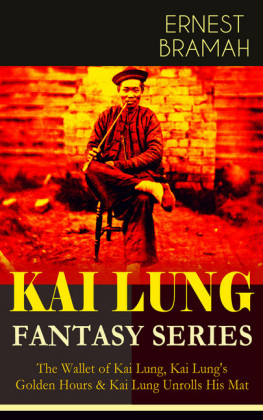 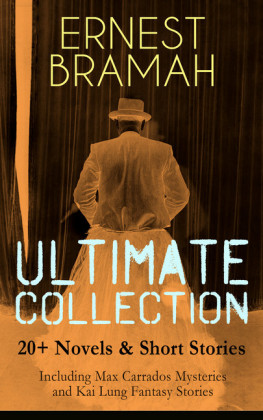 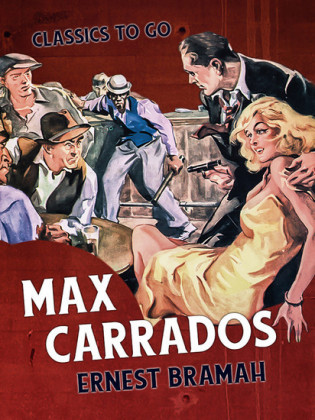 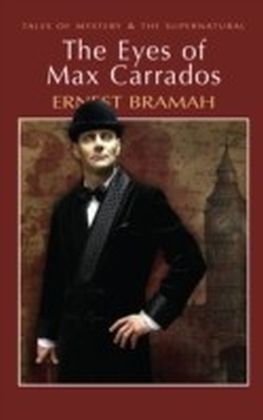 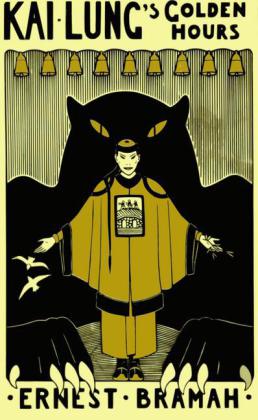 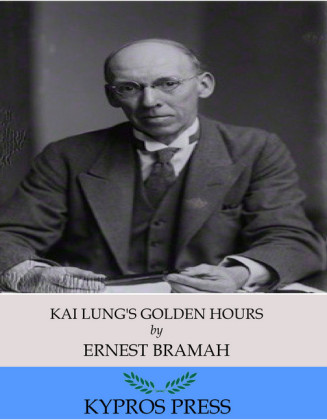