The Star of Gettysburg - A Story of Southern High Tide von Altsheler, Joseph A. (eBook) 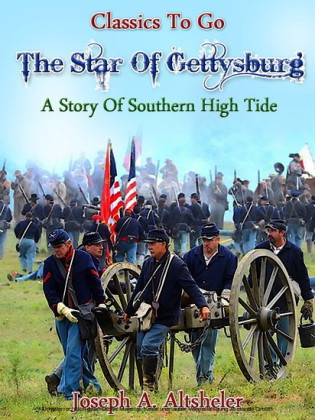 The Star of Gettysburg - A Story of Southern High Tide

Joseph Alexander Altsheler was born on April 29, 1862, in Three Springs, Kentucky. In 1888, he became a reporter, then editor at a newspaper in Louisville, then began working for New York World in 1892 as a Hawaiian correspondent. In 1888, he married Sarah Boles and they had one son. Because of a shortage of stories, Altsheler began writing children's stories for a magazine. Eventually, he began writing short stories and novels in 1895, completing nearly one hundred of them including six series. There were eight books in his Civil War series. While visiting gery, World War I broke out and the family became stranded there. A perilous journey home took a toll on his health and he died on June 5, 1919, at the age of 57, in New York City. 'The Star of Gettysburg' is a complete romance, but it is also one of the series dealing with the Civil War. The story centers about the young Southern hero, Harry Kenton, and his friends.

The Star of Gettysburg - A Story of Southern High Tide

Then they listened, as the echo of the twelfth Southern shot died away on the stream, and no sound came after it. Twenty-four shots had been fired, twelve by each army, conveying Christmas good wishes, and the group in the house went back to their dinner. Some glasses had been found, and there was a thimbleful of wine, enough for everyone. The black cake was cut, and at a word from Colonel Talbot all rose and drank a toast to the mothers and wives and sweethearts and sisters they had left behind them.

Then the twilight thickened rapidly and the winter night came down upon them, hiding the ruined town, the blackened walls, the muddy streets and the icicles hanging from scorched timbers.

Caesar Moncrieffe washed all the dishes-those left in the house had been sufficient for their purpose-wiped them carefully, and returned them to the cupboard. Then he announced that he must go.

"Come now, Santa Claus," said Happy Tom, "you must stay here. You've done enough for one day. In fact, I should say that you've earned a week's rest."

"I ain't no Santy Claus," said Caesar, "but I done got to git back to Massa Moncrieffe. He'll be expectin' me."

"But you'll get lost in the dark. Besides, some Yankee scout may shoot the top of your head off."

"You can't lose me anywhar' roun' here. 'Sides, I kin dodge them Yankees every time. On a dark night like this I could go right up the gullies and through the biggest army in the world without its seein' me."

Caesar felt that he was bound to go, and all the officers in turn shook his big rough black hand. Then they saw him ride away in the darkness, armed with his pass from General Jackson, and on the lookout for any prowling Yankees who might have ventured on the right bank of the river.

"Isn't it odd, Colonel," said Harry to Colonel Talbot, "that so many of our colored people regard the Yankees who are trying now to free them as enemies, while they look upon us as their best friends?"

"Propinquity and association, Harry," replied Colonel Talbot, "and in the border states, at least, we have seldom been cruel to them. I hope there has been little of cruelty, too, in my own South Carolina. They are used to our ways, and they turn to us for the help that is seldom refused. The Northerner will always be a stranger to them, and an unsympathetic stranger, because there is no personal contact, none of that 'give and take' which makes men friends."

"What a pity we didn't free 'em ourselves long ago!"

"Yes, it is. I say this to you in confidence now, Harry. Of course, I would be denounced by our people if I said it. But many of our famous men, Harry, have not approved of it. The great Washington said slavery, with its shiftless methods of farming, was draining the life out of the land, and he was right. Haven't we seen the 'old fields' of Virginia?"

"And Clay was against it, too," said Harry; "but I suppose it's one of the things we're now fighting for, unless we should choose to liberate them ourselves after defeating the North."

"I suppose so," said Colonel Talbot, "but I am no politician or statesman. My trade unfits me for such matters. I am a West Pointer-a proud and glorious fact I consider it, too-but the life of a regular army officer makes him a man set apart. He is not really in touch with the nation. He cannot be, because he has so little personal contact with it. For that reason West Pointers should never aspire to public office. It does not suit them, and they seldom succeed in it. But here, I'm becoming a prosy old bore. Come into the house, lad. The boys are growing sentimental. Listen to their song. It's the same, isn't it, that some of our bands played at Bull Run?"

"Yes, sir, it is," replied Harry, as he joined the others in the song:

"The hour was sad, I left the maid
A lingering farewell taking,
Her sighs and tears my steps delayed
&nb

The Texan Scouts / A Story of the Alamo and Goliad
Altsheler, Joseph A.
0,99 € 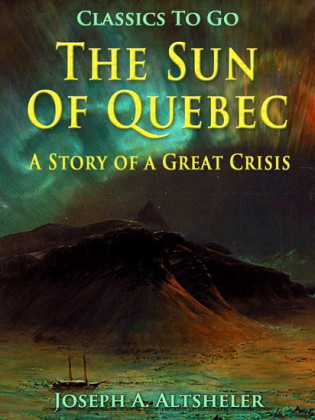 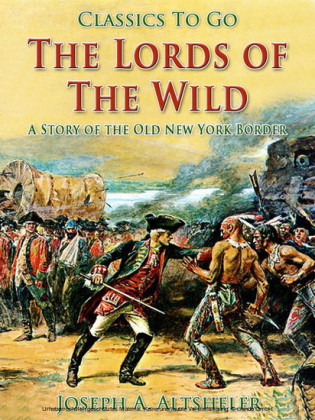 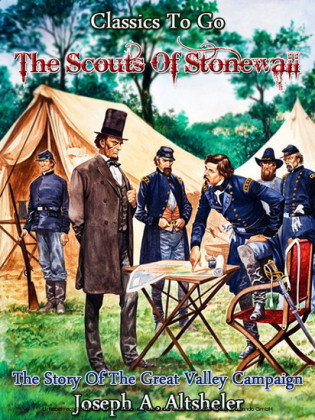 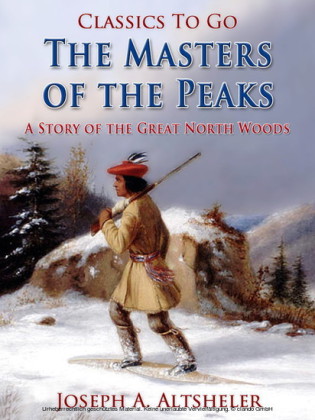 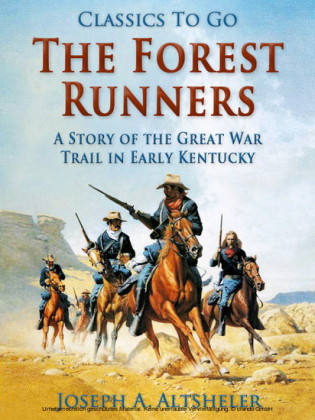 The Forest Runners / A Story of the Great War Trail in Early Kentucky
Altsheler, Joseph A.
0,99 €