THE WEIRD TALES of H. P. Lovecraft At the Mountains of Madness, The Call of Cthulhu, The Whisperer in Darkness, The Shunned House, The Outsider, Pickman's Model, The Picture in the House, The Temple... von Lovecraft, H. P. (eBook) 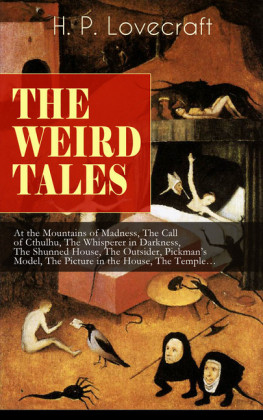 This carefully crafted ebook: 'THE WEIRD TALES of H. P. Lovecraft: At the Mountains of Madness, The Call of Cthulhu, The Whisperer in Darkness, The Shunned House, The Outsider, Pickman's Model, The Picture in the House, The Temple...' is formatted for your eReader with a functional and detailed table of contents. This edition represents a select collection of Lovecrafs's greatest horror & fantasy works. Howard Phillips Lovecraft (1890-1937) was an American author who achieved posthumous fame through his influential works of horror fiction. He is now regarded as one of the most significant 20th-century authors in his genre. Some of Lovecraft's work was inspired by his own nightmares. His interest started from his childhood days when his grandfather stirred his interest in the weird by telling him his own original tales of Gothic horror. Table of Contents: Dagon The Statement of Randolph Carter The Cats of Ulthar Celephaïs From Beyond The Temple Nyarlathotep The Picture in the House Facts Concerning the Late Arthur Jermyn and His Family The Quest of Iranon The Moon-Bog The Outsider Herbert West-Reanimator The Hound The Rats in the Walls The Unnamable The Festival The Shunned House The Horror at Red Hook He Cool Air The Call of Cthulhu Pickman's Model The Strange High House in the Mist The Silver Key The Case of Charles Dexter Ward The Colour Out of Space The Dunwich Horror The Whisperer in Darkness At the Mountains of Madness The Shadow over Innsmouth The Dreams in the Witch House The Thing on the Doorstep The Evil Clergyman The Haunter of the Dark

The Statement of Randolph Carter

Table of Contents
I repeat to you, gentlemen, that your inquisition is fruitless. Detain me here forever if you will; confine or execute me if you must have a victim to propitiate the illusion you call justice; but I can say no more than I have said already. Everything that I can remember, I have told with perfect candour. Nothing has been distorted or concealed, and if anything remains vague, it is only because of the dark cloud which has come over my mind-that cloud and the nebulous nature of the horrors which brought it upon me.

Again I say, I do not know what has become of Harley Warren; though I think-almost hope-that he is in peaceful oblivion, if there be anywhere so blessed a thing. It is true that I have for five years been his closest friend, and a partial sharer of his terrible researches into the unknown. I will not deny, though my memory is uncertain and indistinct, that this witness of yours may have seen us together as he says, on the Gainesville pike, walking toward Big Cypress Swamp, at half past eleven on that awful night. That we bore electric lanterns, spades, and a curious coil of wire with attached instruments, I will even affirm; for these things all played a part in the single hideous scene which remains burned into my shaken recollection. But of what followed, and of the reason I was found alone and dazed on the edge of the swamp next morning, I must insist that I know nothing save what I have told you over and over again. You say to me that there is nothing in the swamp or near it which could form the setting of that frightful episode. I reply that I know nothing beyond what I saw. Vision or nightmare it may have been-vision or nightmare I fervently hope it was-yet it is all that my mind retains of what took place in those shocking hours after we left the sight of men. And why Harley Warren did not return, he or his shade-or some nameless thing I cannot describe-alone can tell.

As I have said before, the weird studies of Harley Warren were well known to me, and to some extent shared by me. Of his vast collection of strange, rare books on forbidden subjects I have read all that are written in the languages of which I am master; but these are few as compared with those in languages I cannot understand. Most, I believe, are in Arabic; and the fiend-inspired book which brought on the end-the book which he carried in his pocket out of the world-was written in characters whose like I never saw elsewhere. Warren would never tell me just what was in that book. As to the nature of our studies-must I say again that I no longer retain full comprehension? It seems to me rather merciful that I do not, for they were terrible studies, which I pursued more through reluctant fascination than through actual inclination. Warren always dominated me, and sometimes I feared him. I remember how I shuddered at his facial expression on the night before the awful happening, when he talked so incessantly of his theory, why certain corpses never decay, but rest firm and fat in their tombs for a thousand years. But I do not fear him now, for I suspect that he has known horrors beyond my ken. Now I fear for him.

Once more I say that I have no clear idea of our object on that night. Certainly, it had much to do with something in the book which Warren carried with him-that ancient book in undecipherable characters which had come to him from India a month before-but I swear I do not know what it was that we expected to find. Your witness says he saw us at half past eleven on the Gainesville pike, headed for Big Cypress Swamp. This is probably true, but I have no distinct memory of it. The picture seared into my soul is of one scene only, and the hour must have been long after midnight; for a waning crescent moon was high in the vaporous heavens.

The place was an ancient cemetery; so ancient that I trembled at the 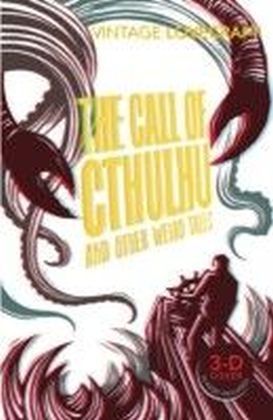 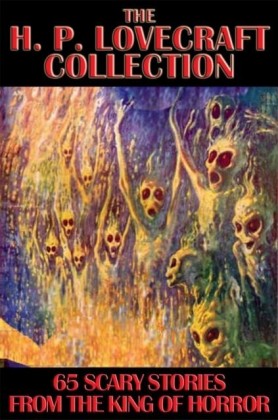 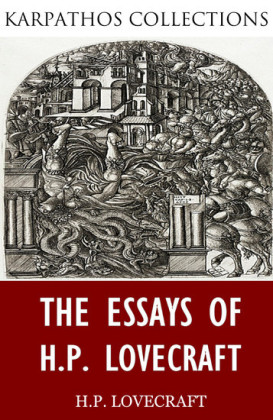 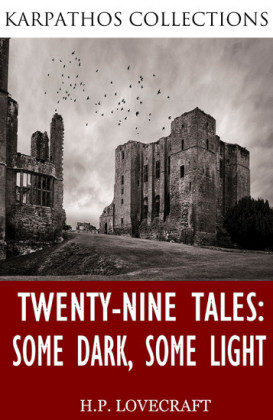 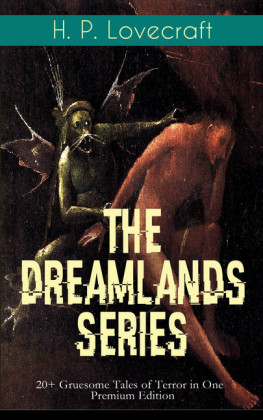 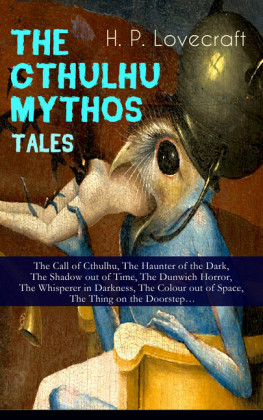 THE CTHULHU MYTHOS TALES - The Call of Cthulhu, The Haunter of the Dark, The Shadow out of Time, The Dunwich Horror, The Whisperer in Darkness, The Colour out of Space, The Thing on the Doorstep...
Lovecraft, H. P.
0,49 €