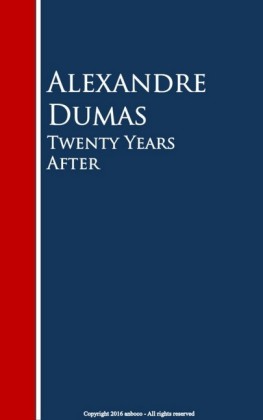 Twenty Years After is a novel by Alexandre Dumas, first serialized from January to August 1845. A book of the D'Artagnan Romances, it is a sequel to The Three Musketeers and precedes The Vicomte de Bragelonne (which includes the sub-plot Man in the Iron Mask). The novel follows events in France during the Fronde, during the childhood reign of Louis XIV, and in England near the end of the English Civil War, leading up to the victory of Oliver Cromwell and the execution of King Charles I. Through the words of the main characters, particularly Athos, Dumas comes out on the side of the monarchy in general, or at least the text often praises the idea of benevolent royalty. His musketeers are valiant and just in their efforts to protect young Louis XIV and the doomed Charles I from their attackers.

I n ten minutes Mazarin and his party were traversing the street "Les Bons Enfants" behind the theatre built by Richelieu expressly for the play of "Mirame," and in which Mazarin, who was an amateur of music, but not of literature, had introduced into France the first opera that was ever acted in that country.

The appearance of the town denoted the greatest agitation. Numberless groups paraded the streets and, whatever D'Artagnan might think of it, it was obvious that the citizens had for the night laid aside their usual forbearance, in order to assume a warlike aspect. From time to time noises came in the direction of the public markets. The report of firearms was heard near the Rue Saint Denis and occasionally church bells began to ring indiscriminately and at the caprice of the populace. D'Artagnan, meantime, pursued his way with the indifference of a man upon whom such acts of folly made no impression. When he approached a group in the middle of the street he urged his horse upon it without a word of warning; and the members of the group, whether rebels or not, as if they knew with what sort of a man they had to deal, at once gave place to the patrol. The cardinal envied that composure, which he attributed to the habit of meeting danger; but none the less he conceived for the officer under whose orders he had for the moment placed himself, that consideration which even prudence pays to careless courage. On approaching an outpost near the Barriere des Sergens, the sentinel cried out, "Who's there?" and D'Artagnan answered--having first asked the word of the cardinal--"Louis and Rocroy." After which he inquired if Lieutenant Comminges were not the commanding officer at the outpost. The soldier replied by pointing out to him an officer who was conversing, on foot, his hand upon the neck of a horse on which the individual to whom he was talking sat. Here was the officer D'Artagnan was seeking.

"Here is Monsieur Comminges," said D'Artagnan, returning to the cardinal. He instantly retired, from a feeling of respectful delicacy; it was, however, evident that the cardinal was recognized by both Comminges and the other officers on horseback.

"Well done, Guitant," cried the cardinal to the equestrian; "I see plainly that, notwithstanding the sixty-four years that have passed over your head, you are still the same man, active and zealous. What were you saying to this youngster?"

"My lord," replied Guitant, "I was observing that we live in troublous times and that to-day's events are very like those in the days of the Ligue, of which I heard so much in my youth. Are you aware that the mob have even suggested throwing up barricades in the Rue Saint Denis and the Rue Saint Antoine?"

"And what was Comminges saying to you in reply, my good Guitant?"

"My lord," said Comminges, "I answered that to compose a Ligue only one ingredient was wanting--in my opinion an essential one--a Duc de Guise; moreover, no generation ever does the same thing twice."

"No, but they mean to make a Fronde, as they call it," said Guitant.

"And what is a Fronde?" inquired Mazarin.

"My lord, Fronde is the name the discontented give to their party."

"And what is the origin of this name?"

"It seems that some days since Councillor Bachaumont remarked at the palace that rebels and agitators reminded him of schoolboys slinging--qui frondent--stones from the moats round Paris, young urchins who run off the moment the constable appears, only to return to their diversion the instant his back is turned. So they have picked up the word and the insurrectionists are called 'Frondeurs,' and yesterday every article sold was 'a la Fronde;' bread 'a la Fronde,' hats 'a la Fronde,' to say nothing of gloves, pocket-handkerchiefs, and fans; but listen----"

At that moment a window opened and a man began to sing: 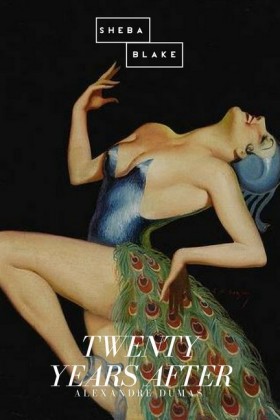 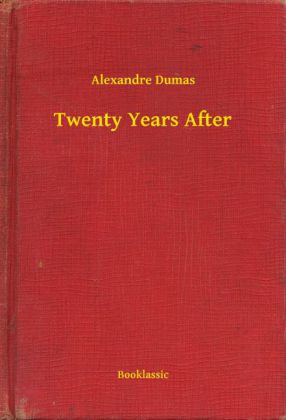 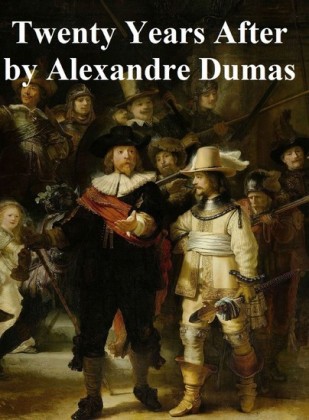 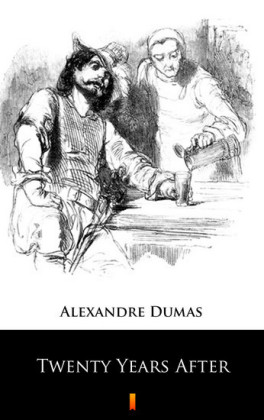 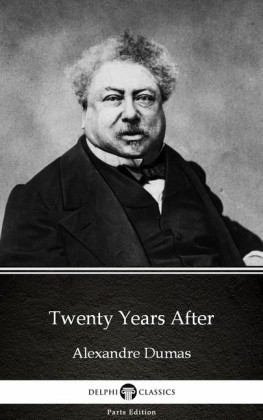 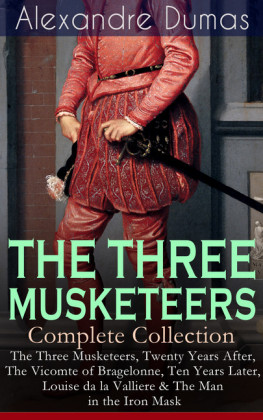