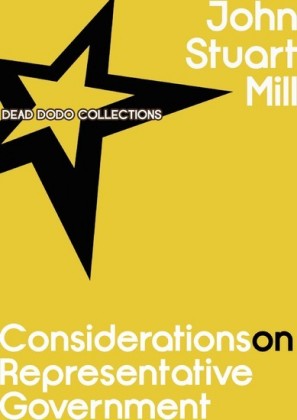 Considerations on Representative Government is a book by John Stuart Mill published in 1861. As the title suggests, it is an argument for representative government, the ideal form of government in Mill's opinion. One of the more notable ideas Mill puts forth in the book is that the business of government representatives is not to make legislation. Instead Mill suggests that representative bodies such as parliaments and senates are best suited to be places of public debate on the various opinions held by the population and to act as watchdogs of the professionals who create and administer laws and policy. In his words: Their part is to indicate wants, to be an organ for popular demands, and a place of adverse discussion for all opinions relating to public matters, both great and small; and, along with this, to check by criticism, and eventually by withdrawing their support, those high public officers who really conduct the public business, or who appoint those by whom it is conducted.

By some minds, government is conceived as strictly a practical art, giving rise to no questions but those of means and an end. Forms of government are assimilated to any other expedients for the attainment of human objects. They are regarded as wholly an affair of invention and contrivance. Being made by man, it is assumed that man has the choice either to make them or not, and how or on what pattern they shall be made. Government, according to this conception, is a problem, to be worked like any other question of business. The first step is to define the purposes which governments are required to promote. The next, is to inquire what form of government is best fitted to fulfill those purposes. Having satisfied ourselves on these two points, and ascertained the form of government which combines the greatest amount of good with the least of evil, what further remains is to obtain the concurrence of our countrymen, or those for whom the institutions are intended, in the opinion which we have privately arrived at. To find the best form of government; to persuade others that it is the best; and, having done so, to stir them up to insist on having it, is the order of ideas in the minds of those who adopt this view of political philosophy. They look upon a constitution in the same light (difference of scale being allowed for) as they would upon a steam plow, or a threshing machine.

To these stand opposed another kind of political reasoners, who are so far from assimilating a form of government to a machine, that they regard it as a sort of spontaneous product, and the science of government as a branch (so to speak) of natural history. According to them, forms of government are not a matter of choice. We must take them, in the main, as we find them. Governments can not be constructed by premeditated design. They "are not made, but grow." Our business with them, as with the other facts of the universe, is to acquaint ourselves with their natural properties, and adapt ourselves to them. The fundamental political institutions of a people are considered by this school as a sort of organic growth from the nature and life of that people; a product of their habits, instincts, and unconscious wants and desires, scarcely at all of their deliberate purposes. Their will has had no part in the matter but that of meeting the necessities of the moment by the contrivances of the moment, which contrivances, if in sufficient conformity to the national feelings and character, commonly last, and, by successive aggregation, constitute a polity suited to the people who possess it, but which it would be vain to attempt to superinduce upon any people whose nature and circumstances had not spontaneously evolved it.

It is difficult to decide which of these doctrines would be the most absurd, if we could suppose either of them held as an exclusive theory. But the principles which men profess, on any controverted subject, are usually a very incomplete exponent of the opinions they really hold. No one believes that every people is capable of working every sort of institution. Carry the analogy of mechanical contrivances as far as we will, a man does not choose even an instrument of timber and iron on the sole ground that it is in itself the best. He considers whether he possesses the other requisites which must be combined with it to render its employment advantageous, and, in particular whether those by whom it will have to be worked possess the knowledge and skill necessary for its management. On the other hand, neither are those who speak of institutions as if they were 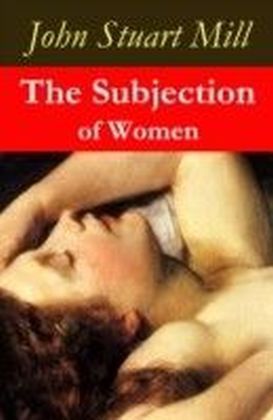 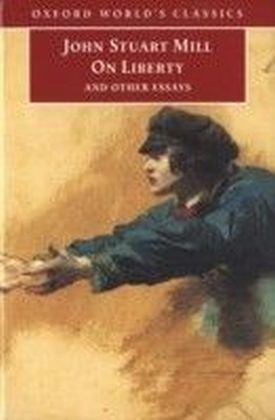 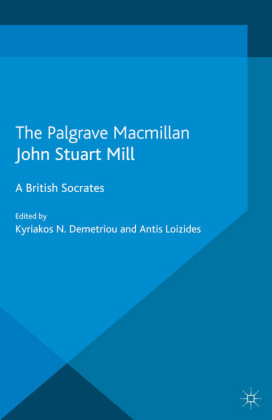 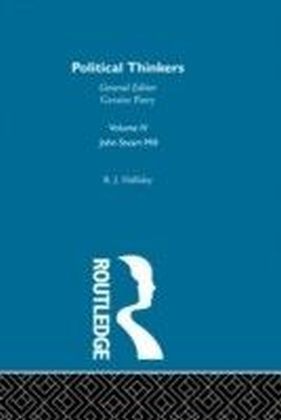