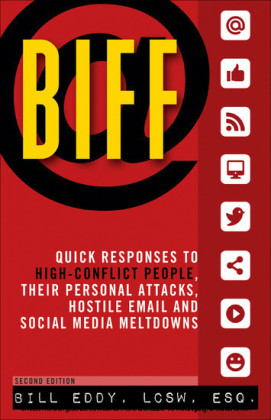 We live in an age of rapid change and instant communication. We also live in a Culture of Blame and Disrespect... A BIFF Response can be applied in any communication anywhere - online, social media, in a letter or even in person. It can be used at work, earning you respect and success. It can help you get along with difficult family members, friends, neighbors and others anywhere in your life. BIFF was designed to protect you and your reputation by responding quickly and civilly to people who treat you rudely, while being reasonable in return. BIFF stands for Brief, Informative, Friendly, and Firm. A BIFF response is easy to remember, but hard to do. It takes practice! This little book gives over 20 examples of BIFF responses for all areas of life-plus additional tips to help you deal with high-conflict people anywhere. See if you can do a BIFF! Not everyone can! This Second Edition includes a new chapter on Coaching for BIFF Responses. Anyone can use this method to help someone else with a BIFF response - by asking 10 simples questions to make it even more effective.

Has anyone ever told you:

"You should be ashamed of yourself!"

[family][community][country][team][profession][party] [you fill in the blank]

"What's the matter with you? Are you crazy? Stupid? Immoral? Unethical? Evil?"

And then were you told everything that's "wrong" with you and how you should behave?

It's Not About You!

Let's face it. Most of us have said something like this when we "lost it" - hopefully not too often. But some people communicate this way a lot! It's helpful to know that their personal attacks are not about you. They are about the blamer's inability to control himself and solve problems.

When people repeatedly use personal attacks, I think of them as "high-conflict people" (HCPs), because they lack skills for dealing well with conflict. Instead of sharing responsibility for solving problems, they repeatedly lose it and increase conflict by making it intensely personal and taking no responsibility. They are the most difficult people, because they are preoccupied with blaming others - what I call their "targets of blame" - which may include you! They speak Blamespeak: Attack, defend - and attack again.

I wrote this book to help you respond to anyone who tries to engage you with hostile emails, texts, Facebook and other social media postings, vicious rumors or just plain difficult behavior. But before I explain how to write a BIFF response, I want to give you a brief understanding of how HCPs think. To deal with them successfully requires a shift in how you think about them - so that you know what not to do, as well as what to do. Your BIFF responses will be better if you know this. (If you want to start writing BIFF Responses right away, go straight to Chapter Two).

HCPs have a repeated pattern of aggressive behavior that increases conflict rather than reducing or resolving it. It may be part of their personalities - how they automatically and unconsciously think, feel and behave - and they carry this pattern with them. They tend to have a lot of:

All-or-nothing thinking (one person is all good, another is all bad)
Unmanaged emotions (exaggerated anger, fear, sadness - out of proportion to events)
Extreme behavior (yelling, hitting, lying, spreading rumors, impulsive actions, etc.)
Preoccupation with blaming others (people close to them or people in authority)
To HCPs, it seems normal and necessary to intensely blame others. They can't restrain themselves, even though their blaming may harm themselves as well.

When problems and conflicts arise, instead of looking for solutions, HCPs look for someone to blame. They have an all-or-nothing approach. They think that it must be all your fault or else it might appear to be all their fault - and they can't cope with that possibility for psychological reasons. They become preoccupied with blaming others in order to escape being blamed themselves. But you can't point this out to them, because they become even more defensive.

To HCPs, conflict often feels like a life or death struggle. This explains why it may feel like they are engaged in campaigns to destroy you or someone else. They feel that their survival is at stake, so they often show unmanaged emotions and extreme behaviors - even in routine conflicts or under normal pressures.

You don't need to figure out whether someone is a high-conflict person. If you suspect someon 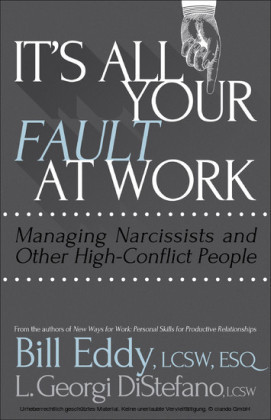 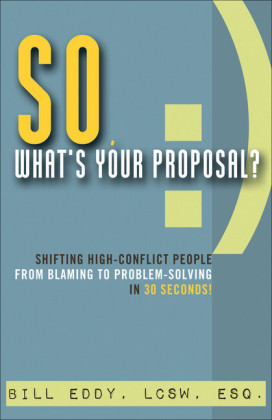 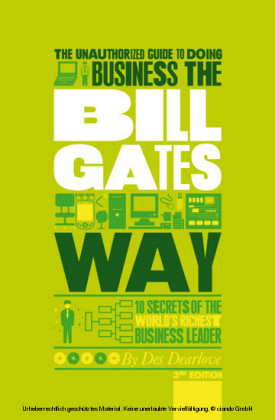 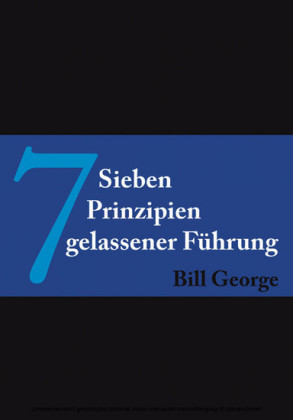 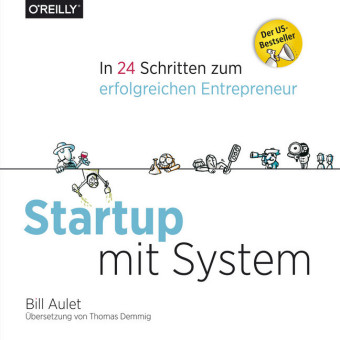 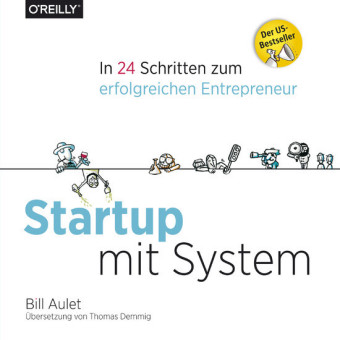