Journeys and Explorations in the Cotton Kingdom A Traveller's Observations on Cotton and Slavery in the American Slave States Based Upon Three Former Journeys and Investigations von Olmsted, Frederick Law (eBook) 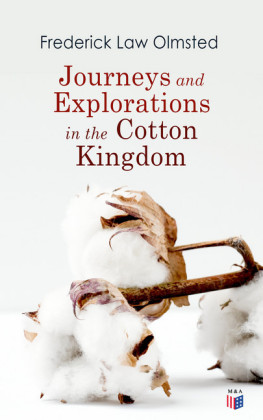 Journeys and Explorations in the Cotton Kingdom

'My own observation of the real condition of the people of our Slave States, gave me ... an impression that the cotton monopoly in some way did them more harm than good; and although the written narration of what I saw was not intended to set this forth, upon reviewing it for the present publication, I find the impression has become a conviction.' He argued that slavery had made the slave states inefficient (a set amount of work took 4 times as long in Virginia as in the North) and backward both economically and socially. Journeys and Explorations in the Cotton Kingdom was published during the first six months of the American Civil War at the suggestion of Olmsted's English publisher. To this he wrote a new introduction in which he stated explicitly his views on the effect of slavery on the economy and social conditions of the southern states. Frederick Law Olmsted (1822-1903) was an American landscape architect, journalist, social critic, and public administrator. He is popularly considered to be the father of American landscape architecture.

Journeys and Explorations in the Cotton Kingdom

CHAPTER II
THE JOURNEY FROM WASHINGTON

Table of Contents
Washington, Dec. 10th. - To accomplish the purposes which brought me to Washington, it was necessary, on arriving here, to make arrangements to secure food and shelter while I remained. There are two thousand visitors now in Washington under a similar necessity. There are a dozen or more persons who, for a consideration, undertake to provide what they want. Mr. Dexter is reported to be the best of them, and really seems a very obliging and honestly-disposed person. To Mr. Dexter, therefore, I commit myself.

I commit myself by inscribing my name in a Register. Five minutes after I have done so, Clerk No. 4, whose attention I have hitherto been unable to obtain, suddenly catches the Register by the corner, swings it round with a jerk, and throws a hieroglyph at it, which strikes near my name. Henceforth, I figure as Boarder No. 201 (or whatever it maybe). Clerk No. 4 pipes "Boarder away!" and throws key No. 201 upon the table. Turnkey No. 3 takes it, and me, and my travelling bag, up several flights of stairs, along corridors and galleries, and finally consigns me to this little square cell.

I have faith that there is a tight roof above the much cracked ceiling; that the bed is clean; and that I shall, byand-by, be summoned, along with hundreds of other boarders, to partake, in silent sobriety, of a " splendid" dinner.

Food and shelter. Therewith should a man be content. But my perverse nature will not be content: will be wishing things were otherwise. They say this uneasiness - this passion for change - is a peculiarity of our diseased Northern nature. The Southern man finds Providence in all that is: Satan in all that might be. That is good; and, as I am going South, when I have accomplished my purposes at Washington, I will not here restrain the escape of my present discontent.

In my perversity I wish the dinner were not going to be so grand. My idea is that, if it were not, Mr. Dexter would save moneys, which I would like to have him expend in other ways. I wish he had more clerks, so that they would have time to be as polite to an unknown man as I see they are to John P. Hale; and, at least, answer civil questions, when his boarders ask them. I don't like such a fearful rush of business as there is down stairs. I wish there were men enough to do the work quietly.

I don't like these cracked and variegated walls; and, though the roof may be tight, I don't like this threatening aspect of the ceiling. It should be kept for boarders of Damoclesian ambition: I am humble.

I am humble, and I am short, and soon curried; but I am not satisfied with a quarter of a yard of towelling, having an irregular vacancy in its centre, where I am liable to insert my head. I am not proud; but I had rather have something else, or nothing, than these three yards of ragged and faded quarter-ply carpeting. I also would like a curtain to the window, and I wish the glass were not so dusty, and that the sashes did not rattle so in their casements; though, as there is no other ventilation, I suppose I ought not to complain. Of course not; but it is confoundedly cold, as well as noisy.

I don't like that broken latch; I don't like this broken chair; I would prefer that this table were not so greasy; I would rather the ashes and cinders, and the tobacco juice around the grate, had been removed before I was consigned to the cell.

I wish that less of my two dollars and a half a day went to pay for game at dinner, and interest on the cost of the mirrors and mahogany for the public parlours, and of marble for the halls, and more of it for providing me with a private room, which should be more than a barely habitable cell, which should also be a little bit tasteful, home-like, and comfortable. I wish more of it could be expended in servants' wages. 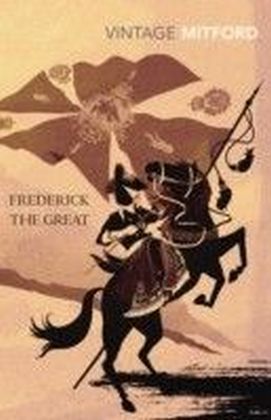 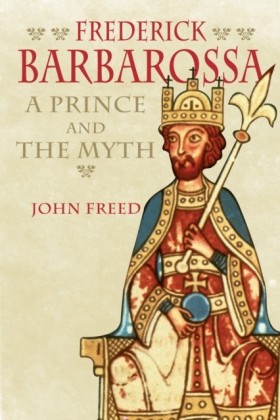 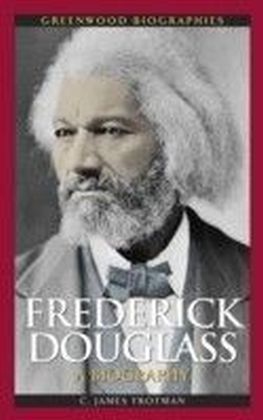 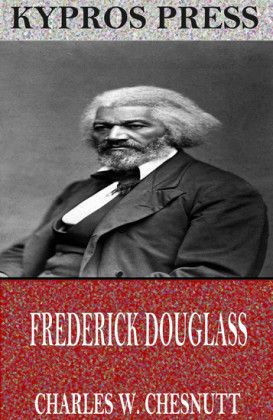 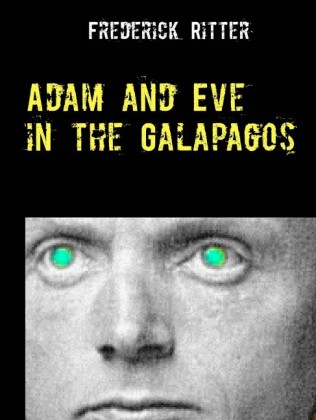 Adam and Eve in the Galapagos
Ritter, Frederick
0,99 € 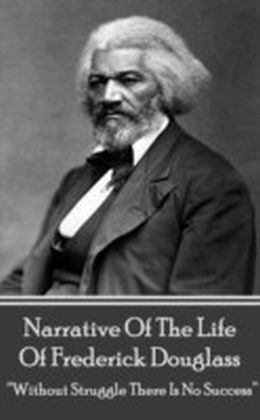 Narrative Of The Life Of Frederick Douglass
Douglass, Frederick
3,49 €