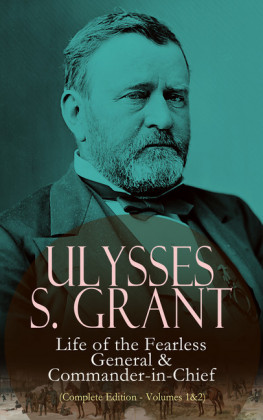 Ulysses S. Grant served as the Commanding General and the 18th President of the United States. He cooperated closely with President Abraham Lincoln to lead the Union Army to victory over the Confederacy in the American Civil War. Grant implemented Reconstruction with the support of Congress. Main focus of Grant's writing in this autobiography is on his military career during the Mexican-American War and the American Civil War. Original edition of Grant's Memoirs was published by Mark Twain shortly after Grant's death.

Table of Contents
My family is American, and has been for generations, in all its branches, direct and collateral.

Mathew Grant, the founder of the branch in America, of which I am a descendant, reached Dorchester, Massachusetts, in May, 1630. In 1635 he moved to what is now Windsor, Connecticut, and was the surveyor for that colony for more than forty years. He was also, for many years of the time, town clerk. He was a married man when he arrived at Dorchester, but his children were all born in this country. His eldest son, Samuel, took lands on the east side of the Connecticut River, opposite Windsor, which have been held and occupied by descendants of his to this day.

I am of the eighth generation from Mathew Grant, and seventh from Samuel. Mathew Grant's first wife died a few years after their settlement in Windsor, and he soon after married the widow Rockwell, who, with her first husband, had been fellow-passengers with him and his first wife, on the ship Mary and John, from Dorchester, England, in 1630. Mrs. Rockwell had several children by her first marriage, and others by her second. By intermarriage, two or three generations later, I am descended from both the wives of Mathew Grant.

In the fifth descending generation my great grandfather, Noah Grant, and his younger brother, Solomon, held commissions in the English army, in 1756, in the war against the French and Indians. Both were killed that year.

My grandfather, also named Noah, was then but nine years old. At the breaking out of the war of the Revolution, after the battles of Concord and Lexington, he went with a Connecticut company to join the Continental army, and was present at the battle of Bunker Hill. He served until the fall of Yorktown, or through the entire Revolutionary war. He must, however, have been on furlough part of the time - as I believe most of the soldiers of that period were - for he married in Connecticut during the war, had two children, and was a widower at the close. Soon after this he emigrated to Westmoreland County, Pennsylvania, and settled near the town of Greensburg in that county. He took with him the younger of his two children, Peter Grant. The elder, Solomon, remained with his relatives in Connecticut until old enough to do for himself, when he emigrated to the British West Indies.

Not long after his settlement in Pennsylvania, my grandfather, Captain Noah Grant, married a Miss Kelly, and in 1799 he emigrated again, this time to Ohio, and settled where the town of Deerfield now stands. He had now five children, including Peter, a son by his first marriage. My father, Jesse R. Grant, was the second child - oldest son, by the second marriage.

Peter Grant went early to Maysville, Kentucky, where he was very prosperous, married, had a family of nine children, and was drowned at the mouth of the Kanawha River, Virginia, in 1825, being at the time one of the wealthy men of the West.

My grandmother Grant died in 1805, leaving seven children. This broke up the family. Captain Noah Grant was not thrifty in the way of "laying up stores on earth," and, after the death of his second wife, he went, with the two youngest children, to live with his son Peter, in Maysville. The rest of the family found homes in the neighborhood of Deerfield, my father in the family of judge Tod, the father of the late Governor Tod, of Ohio. His industry and independence of character were such, that I imagine his labor compensated fully for the expense of his maintenance.

There must have been a cordiality in his welcome into the Tod family, for to the day of his death he looked upon judge Tod and his wife, with all the reverence he could have felt if they had been parents instead of benefactors. I have often heard him speak of Mrs. Tod as the most admirable woman he had ever known. He remained with the Tod family only a few year 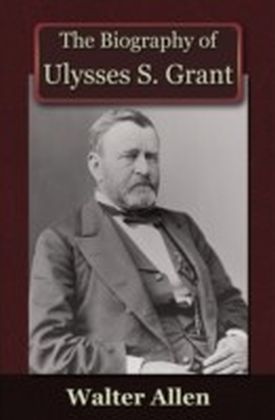 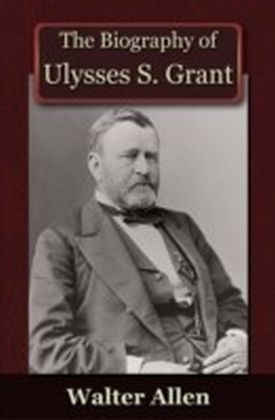 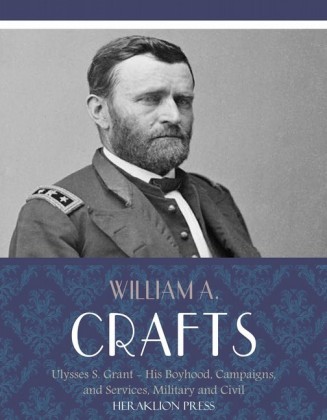 Life of Ulysses S. Grant: His Boyhood, Campaigns, and Services, Military and Civil
Crafts, William A.
1,71 € 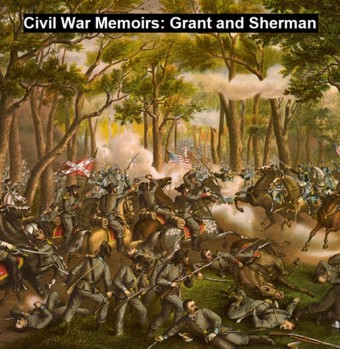 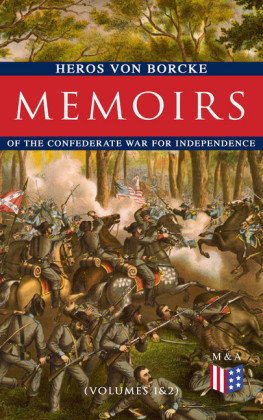 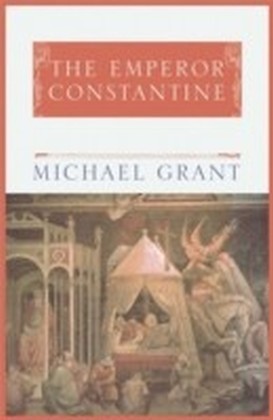