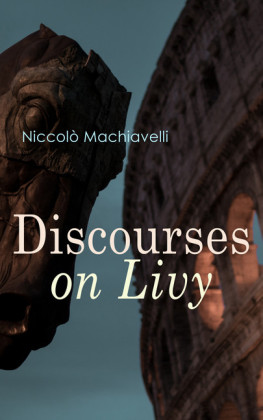 Machiavelli saw history in general as a way to learn useful lessons from the past for the present, and also as a type of analysis which could be built upon, as long as each generation did not forget the works of the past. In 'Discourses on Livy' Machiavelli discusses what can be learned from roman period and many other eras as well, including the politics of his lifetime. This is a work of political history and philosophy written in the early 16th. The title identifies the work's subject as the first ten books of Livy's Ab urbe condita, which relate the expansion of Rome through the end of the Third Samnite War in 293 BC. Niccolò di Bernardo dei Machiavelli (1469 - 1527) was an Italian diplomat, politician, historian, philosopher, humanist, and writer. He has often been called the father of modern political science. He was for many years a senior official in the Florentine Republic, with responsibilities in diplomatic and military affairs. He served as a secretary to the Second Chancery of the Republic of Florence from 1498 to 1512, when the Medici were out of power.He wrote his most well-known work The Prince in 1513, having been exiled from city affairs.

CHAPTER II.-Of the various kinds of Government; and to which of them the Roman Commonwealth belonged.

I forego all discussion concerning those cities which at the outset have been dependent upon others, and shall speak only of those which from their earliest beginnings have stood entirely clear of all foreign control, being governed from the first as pleased themselves, whether as republics or as princedoms.

These as they have had different origins, so likewise have had different laws and institutions. For to some at their very first commencement, or not long after, laws have been given by a single legislator, and all at one time; like those given by Lycurgus to the Spartans; while to others they have been given at different times, as need rose or accident determined; as in the case of Rome. That republic, indeed, may be called happy, whose lot has been to have a founder so prudent as to provide for it laws under which it can continue to live securely, without need to amend them; as we find Sparta preserving hers for eight hundred years, without deterioration and without any dangerous disturbance. On the other hand, some measure of unhappiness attaches to the State which, not having yielded itself once for all into the hands of a single wise legislator, is obliged to recast its institutions for itself; and of such States, by far the most unhappy is that which is furthest removed from a sound system of government, by which I mean that its institutions lie wholly outside the path which might lead it to a true and perfect end. For it is scarcely possible that a State in this position can ever, by any chance, set itself to rights, whereas another whose institutions are imperfect, if it have made a good beginning and such as admits of its amendment, may in the course of events arrive at perfection. It is certain, however, that such States can never be reformed without great risk; for, as a rule, men will accept no new law altering the institutions of their State, unless the necessity for such a change be demonstrated; and since this necessity cannot arise without danger, the State may easily be overthrown before the new order of things is established. In proof whereof we may instance the republic of Florence, which was reformed in the year 1502, in consequence of the affair of Arezzo, but was ruined in 1512, in consequence of the affair of Prato.

Desiring, therefore, to discuss the nature of the government of Rome, and to ascertain the accidental circumstances which brought it to its perfection, I say, as has been said before by many who have written of Governments, that of these there are three forms, known by the names Monarchy, Aristocracy, and Democracy, and that those who give its institutions to a State have recourse to one or other of these three, according as it suits their purpose. Other, and, as many have thought, wiser teachers, will have it, that there are altogether six forms of government, three of them utterly bad, the other three good in themselves, but so readily corrupted that they too are apt to become hurtful. The good are the three above named; the bad, three others dependent upon these, and each so like that to which it is related, that it is easy to pass imperceptibly from the one to the other. For a Monarchy readily becomes a Tyranny, an Aristocracy an Oligarchy, while a Democracy tends to degenerate into Anarchy. So that if the founder of a State should establish any one of these three forms of Government, he establishes it for a short time only, since no precaution he may take can prevent it from sliding into its contrary, by reason of the close resemblance which, in this case, the virtue bears to the vice.

These diversities in the form of Government spring up among men by chance. For in the beginning of the world, its inhabitants, being few in number, for a time lived scattered after the fashion of beasts; but a 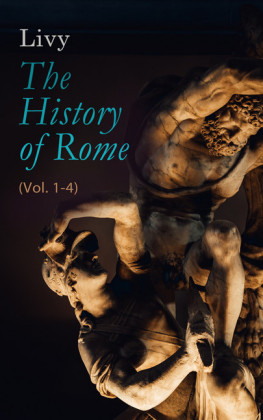 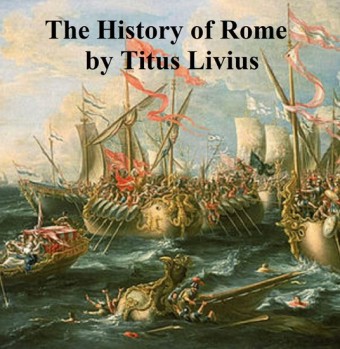 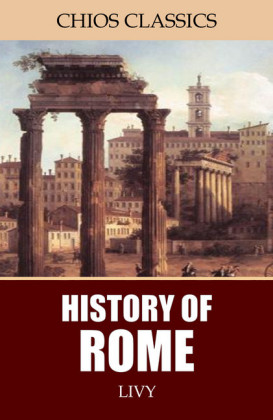 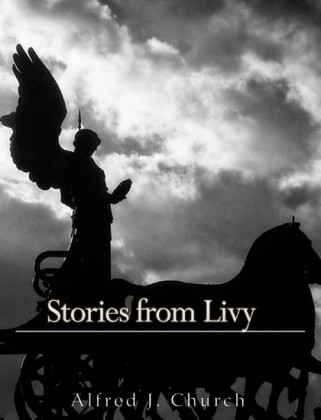 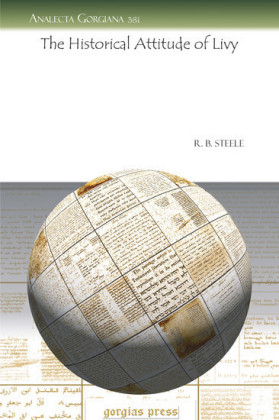 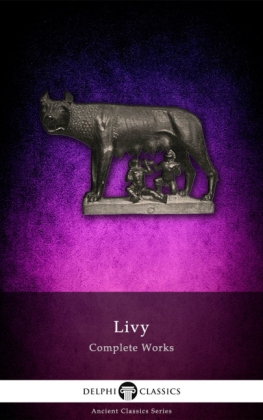