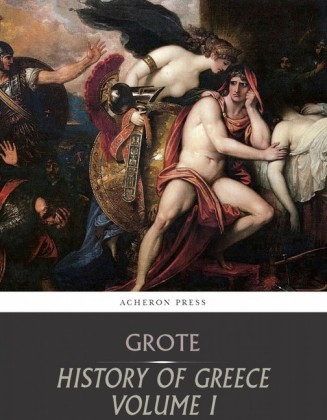 History of Greece, Volume I: Legendary Greece, from the Gods and Heroes to the Foundation of the Olympic Games (776 B.C.)is part one of George Grotes epic history of Greece.

THE Hesiodic theogony gives no account of anything like a creation of man, nor does it seem that such an idea was much entertained in the legendary vein of Grecian imagination; which commonly carried back the present men by successive generations to some primitive ancestor, himself sprung from the soil, or from a neighboring river, or mountain, or from a god, a nymph, &c. But the poet of the Hesiodic "Works and Days" has given us a narrative conceived in a very different spirit respecting the origin of the human race, more in harmony with the sober and melancholy ethical tone which reigns through that poem.

First (he tells us) the Olympic gods made the golden race,-good, perfect, and happy men, who lived from the spontaneous abundance of the earth, in ease and tranquility, like the gods themselves: they suffered neither disease nor old-age, and their death was like a gentle sleep. After death they became, by the award of Zeus, guardian terrestrial demons, who watch unseen over the proceedings of mankind-with the regal privilege of dispensing to them wealth, and taking account of good and bad deeds.

Next, the gods made the silver race,-unlike and greatly inferior, both in mind and body, to the golden. The men of this race were reckless and mischievous towards each other, and disdainful to the immortal gods, to whom they refused to offer either worship or sacrifice. Zeus in his wrath buried them in the earth; but there they still enjoy a secondary honor, as the Blest of the underworld.

Thirdly, Zeus made the brazen race, quite different from the silver. They were made of hard ash-wood, pugnacious and terrible: they were of immense strength and adamantine soul, neither raising nor touching bread. Their arms, their houses, and their implements were all of brass: there was then no iron. This race, eternally fighting, perished by each other's hands, died out, and descended without name or privilege to Hades.

Next, Zeus made a fourth race, far juster and better than the last preceding. These were the Heroes or demigods, who fought at the sieges of Troy and Thebes. But this splendid stock also became extinct: some perished in war, others were removed by Zeus to a happier state in the islands of the Blest. There they dwell in peace and comfort, under the government of Kronos, reaping thrice in the year the spontaneous produce of the earth.

The fifth race, which succeeds to the Heroes, is of iron: it is the race to which the poet himself belongs, and bitterly does he regret it. He finds his contemporaries mischievous, dishonest, unjust, ungrateful, given to perjury, careless both of the ties of consanguinity and of the behests of the gods: Nemesis and Edo's (Ethical Self-reproach) have left earth and gone back to Olympus. How keenly does he wish that his lot had been cast either earlier or later! This iron race is doomed to continual guilt, care, and suffering, with a small infusion of good; but the time will come when Zeus will put an end to it. The poet does not venture to predict what sort of race will succeed.

Such is the aeries of distinct races of men, which Hesiod, or the author of the "Works and Days", enumerates as having existed down to his own time. I give it as it stands, without placing much confidence in the various explanations which critics have offered. It stands out in more than one respect from the general tone and sentiment of Grecian legend: moreover, the sequence of races is neither natural nor homogeneous,-the heroic race not having any metallic denomination, and not occupying any legitimate place in immediate succession to the brazen. Nor is the conception of the daemons in harmony either with Homer or with the Hesiodic theogony. In Homer, there is scarcely any distinction between gods and daemons: farther, the gods are stated to go about and visit the cities of men in various 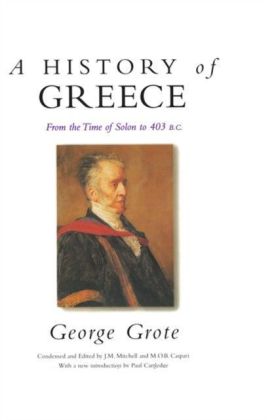 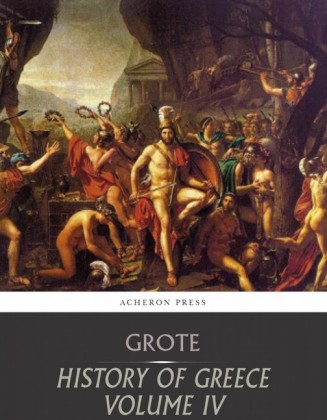 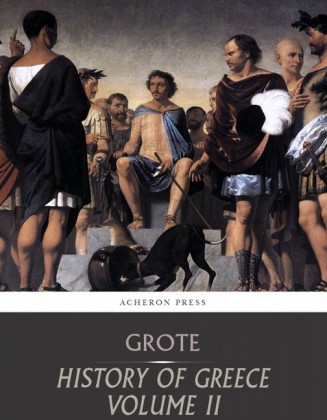 History of Greece Volume 2: Grecian History to the Reign of Pisistratus at Athens
Grote, George
1,71 € 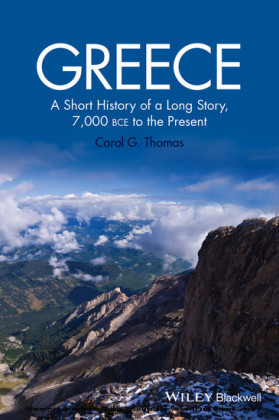 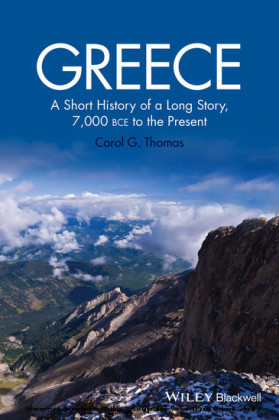