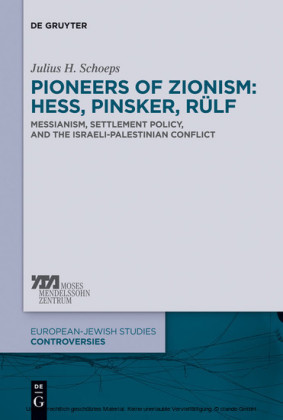 Long before Theodor Herzl, Zionist thinkers such as Moses Hess, Leon Pinsker, and Isaac Rülf called for the self-liberation of the Jewish people. Their experiences brought them to believe that as a result of overt antisemitism, the emancipation and integration of Jews in Europe had failed. In this climate, these thinkers began to think in national and territorial terms. Julius H. Schoeps shows how Hess, Pinsker, and Rülf influenced Zionist ideology and how the messianic implications of their thinking are still visible in Israel today.
Julius H. Schoeps , Moses Mendelssohn Center for European-Jewish Studies, Potsdam.