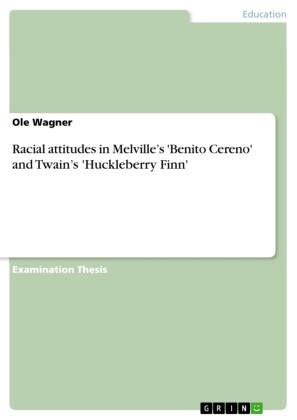 Examination Thesis from the year 2008 in the subject English - Literature, Works, grade: 1,0, University of Heidelberg (Anglistisches Seminar), language: English, abstract: The American literature is a reflection of the socio-political developments in the different stages of the history of the country, and especially slavery is a crucial topic in it. Many works dealing with slavery have been published in the 19th, 20th and 21st century, and some of them have sparked debates that are not only on literary issues. Two of these are Herman Melville's (1819-1891) Benito Cereno (1855) and Mark Twain's (1835-1910, born Samuel Langhorne Clemens) Adventures of Huckleberry Finn (1884). These two novels are often seen as major works in American literary history, and their authors are among the country's most celebrated. Both books have in common that their stories play in the time before the abolition of slavery. Benito Cereno deals with a slave revolt on a ship, while Huckleberry Finn depicts the adventures of its eponymous hero and a runaway slave, Jim. Another feature the novels share is the fact that both have been charged to contain racist and pro-slavery attitudes. This paper will evaluate and analyze these assertions in order to show that they are false because they are based on misunderstandings. It aims to provide a profound delineation of the racial attitudes in the two novels. The assumption here is that neither Melville nor Twain wrote racist novels. This shall be proven with the help of a close analysis of the narrative perspectives and literary devices used in the books. Both of the stories, as will be shown later, are told by narrators that are far from being easy to grasp without a deeper examination of their character and function. A comprehensive insight into these appears to be beneficial for a better understanding of both of the novels. The present paper will begin with an exploration of the individual attitudes of the two authors. Although the knowledge of writers' opinions can never be used as the sole key to a literary work's interpretation, it can still be helpful to gain an insight into his ideas about the world he or she depicts in his or her fiction. After this, the two novels will be dealt with separately. In a first step, the assertions about each one's racism will be delineated. Then, the narrative perspectives and other literary techniques will be thoroughly analyzed. In a last step, the novels' racism will be evaluated with the help of the insights gained about the techniques used. It shall be shown that in the light of this, neither Benito Cereno nor Huckleberry Finn are racist books.

2. The Racial Attitudes of Herman Melville and Mark Twain

This chapter provides an overview of the racial ideas of Herman Melville and Mark Twain. In literary studies the focus generally lies on the text itself, however, the knowledge of an author's attitude derived from his work or private writings can help to give a sense of direction and primary speculations that later lead to proper interpretations. Without an idea of where an author stands, it can be difficult in many cases to spot where he is being ironical in his fiction, or to realize that he is distancing himself from one of his protagonists. Therefore, gaining insight into an author's mind is often worthwhile. Nevertheless, an interpretation based on biographical data should not be overestimated and can never be the sole approach to a work of literature.

Many of Melville's works contain black characters or deal with people's bondage, but surprisingly in his personal correspondence he never made any references to slavery or the situation of the blacks, [2] or openly commented on this topic. [3] There is much material to be found about his family and surroundings, but little about his inward experience. Not even his friends or fellow artists shed light on this issue, which makes Melville a difficult subject for any biographer. [4] Thus, the most common approach to obtain a picture of Melville's attitude towards slavery and racism has usually been to evaluate his fiction. [5] This approach appears to be valuable to understand Benito Cereno better as well. [6]

The fact that fiction has to be dealt with to find out someone's real world attitudes creates further difficulties, as there is always room for interpretation. For example, if Benito Cereno is not seen as an indictment of slavery, and its anti-slavery stance is put into doubt, [7] Melville might not be recognized as the abolitionist that many researchers think he was.

Due to his muteness on his views, the only approach that can be offered to explore Melville's racial attitudes is trying to find corresponding ideas and comments in his works. Critics have to take his supposed views on the subject from his fiction and draw conclusions that cannot be backed up by private commentaries. The same way as biographical facts cannot be used to support literary interpretations without careful analysis, literary works as the only clue to a writer's personal opinion are also problematic tools.

One probable reason why Melville never spoke out openly against slavery, and definitely an interesting note, can be found in his family relations. His father-in-law, Chief Justice Lemuel Shaw of Massachusetts, was an important person in his life. After the death of Melville's own father, Shaw was not only a father figure to him but also supported him and his family. [8] Chief Justice Shaw sent the escaped slave Thomas Sims back south to his master in 1851, being the first Northern judge to enact the recently passed Fugitive Slave Law. [9] Some critics assume that Melville must have disagreed with his father-in-law, but to avoid betraying his mentor and causing trouble in the family, he preferred not to address the issue of slavery openly and directly. [10] However, this view is not shared by all critics: There are direct comments in Melville's works, and he made them despite his relation to Shaw. [11] Interestingly, the letters between Shaw and Melville do not contain any references to Shaws work, [12] and so the idea that Melville put family before political opinion receive 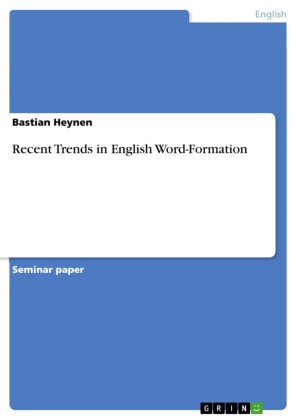 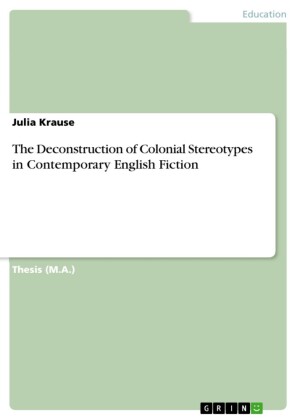 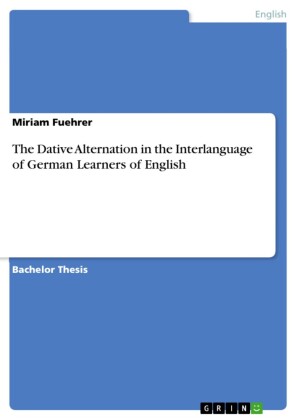 The Dative Alternation in the Interlanguage of German Learners of English
Fuehrer, Miriam
6,99 € 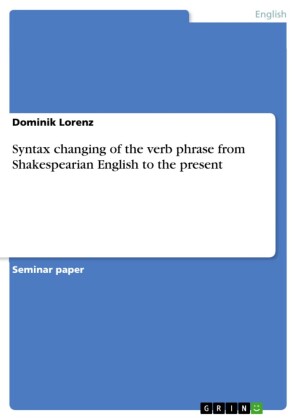 Syntax changing of the verb phrase from Shakespearian English to the present
Lorenz, Dominik
8,99 € 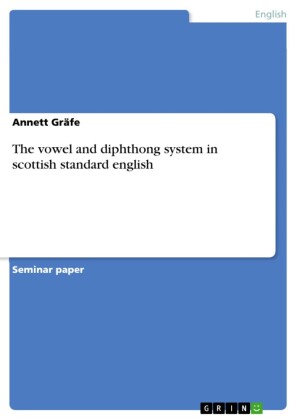 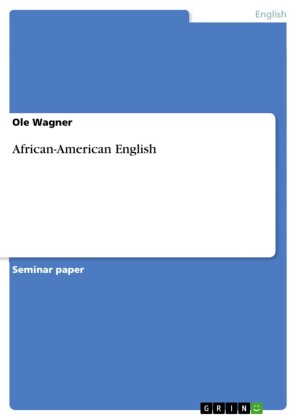