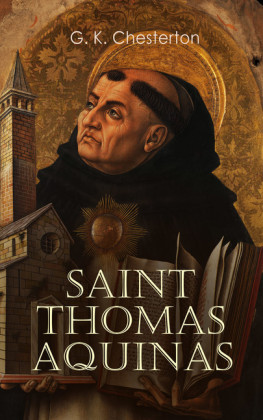 Saint Thomas Aquinas (1225-1274) was an Italian Dominican friar and Catholic priest. He was an immensely influential philosopher, theologian, and jurist in the tradition of scholasticism. In Chesterton's portrayal Saint Thomas is mysterious man who was born in rich family, but despite that, decided to live a humble life of a friar. Because Thomas was quiet and didn't speak much, some of his fellow students thought he was slow and called him the dumb ox, but he was a man of rare brilliance who started a revolution in Christian thought. He was given a title Doctor of the Church by the Catholic Church for having made significant contribution to theology and doctrine through his work. G. K. Chesterton (1874-1936) was an English writer, poet, philosopher, dramatist, journalist, orator, lay theologian, biographer, and literary and art critic. Chesterton is well known for his fictional priest-detective Father Brown, and for his reasoned apologetics. Even some of those who disagree with him have recognized the wide appeal of such works as Orthodoxy and The Everlasting Man. Chesterton is often referred to as the 'prince of paradox'.

Thomas Aquinas, in a strange and rather symbolic manner, sprang out of the very centre of the civilised world of his time; the central knot or coil of the powers then controlling Christendom. He was closely connected with all of them; even with some of them that might well be described as destroying Christendom. The whole religious quarrel, the whole international quarrel, was for him, a family quarrel. He was born in the purple, almost literally on the hem of the imperial purple; for his own cousin was the Holy Roman Emperor. He could have quartered half the kingdoms of Europe on his shield- if he had not thrown away the shield. He was Italian and French and German and in every way European. On one side, he inherited from the energy that made the episode of the Normans, whose strange organising raids rang and rattled like flights of arrows in the corners of Europe and the ends of the earth; one flight of them following Duke William far northward through the blinding snows to Chester; another treading in Greek and Punic footsteps through the island of Sicily to the gates of Syracuse. Another bond of blood bound him to the great Emperors of the Rhine and Danube who claimed to wear the crown of Charlemagne; Red Barbarossa, who sleeps under the rushing river, was his great uncle, and Frederick II, the Wonder of the World, his second cousin, and yet he held by a hundred more intimate ties to the lively inner life, the local vivacity, the little walled nations and the thousand shrines of Italy. While inheriting this physical kinship with the Emperor, he maintained far more firmly his spiritual kinship with the Pope. He understood the meaning of Rome, and in what sense it was still ruling the world; and was not likely to think that the German Emperors of his times any more than the Greek Emperors of a previous time, would be able to be really Roman in defiance of Rome. To this cosmopolitan comprehensiveness in his inherited position, he afterwards added many things of his own, that made for mutual understanding among the peoples, and gave him something of the character of an ambassador and interpreter. He travelled a great deal; he was not only well known in Paris and the German universities, but he almost certainly visited England; probably he went to Oxford and London; and it has been said that we may be treading in the footsteps of him and his Dominican companions, whenever we go down by the river to the railway-station that still bears the name of Black-friars. But the truth applies to the travels of his mind as well as his body. He studied the literature even of the opponents of Christianity much more carefully and impartially than was then the fashion; he really tried to understand the Arabian Aristotelianism of the Moslems; and wrote a highly humane and reasonable treatise on the problem of the treatment of the Jews. He always attempted to look at everything from the inside; but he was certainly lucky in having been born in the inside of the state system and the high politics of his day. What he thought of them may perhaps be inferred from the next passage in his history.

St. Thomas might thus stand very well for the International Man, to borrow the title of a modern book. But it is only fair to remember that he lived in the International Age; in a world that was international in a sense not to be suggested in any modern book, or by any modern man. If I remember right, the modern candidate for the post of International Man was Cobden, who was an almost abnormally national man, a narrowly national man; a very fine type, but one which can hardly be imagined except as moving between Midhurst and Manchester. He had an international policy and he indulged in international travel; but if he always remained a national person, it was because he remained a normal person; that is normal to the nineteenth century. But it was not so in the thirteen 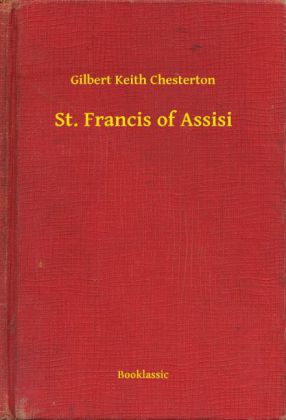 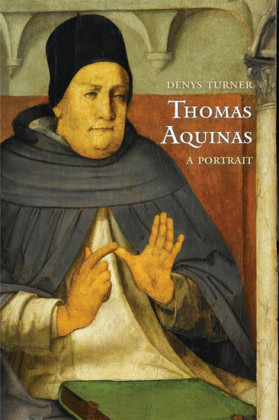 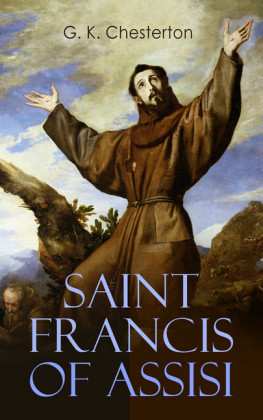 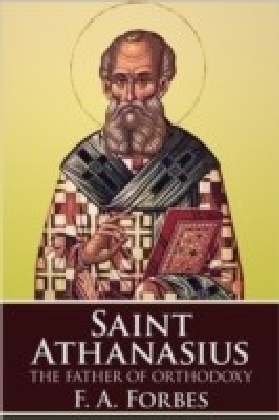 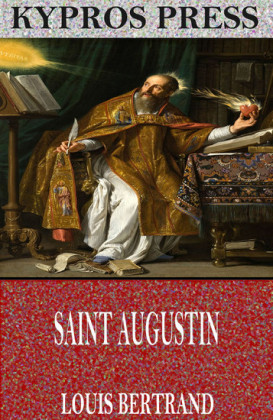 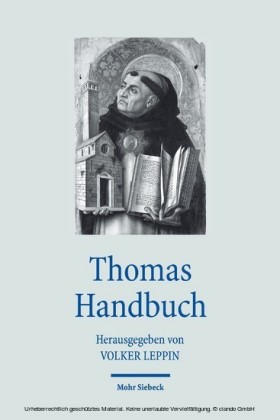