US and THEM Strategy First 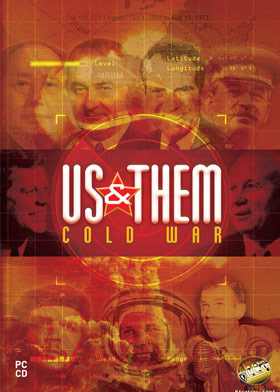 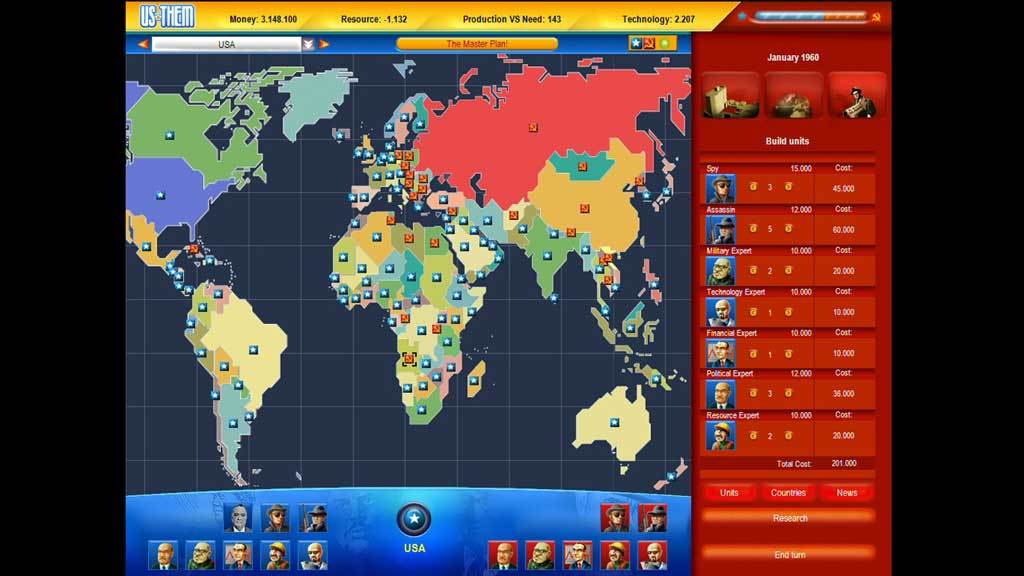 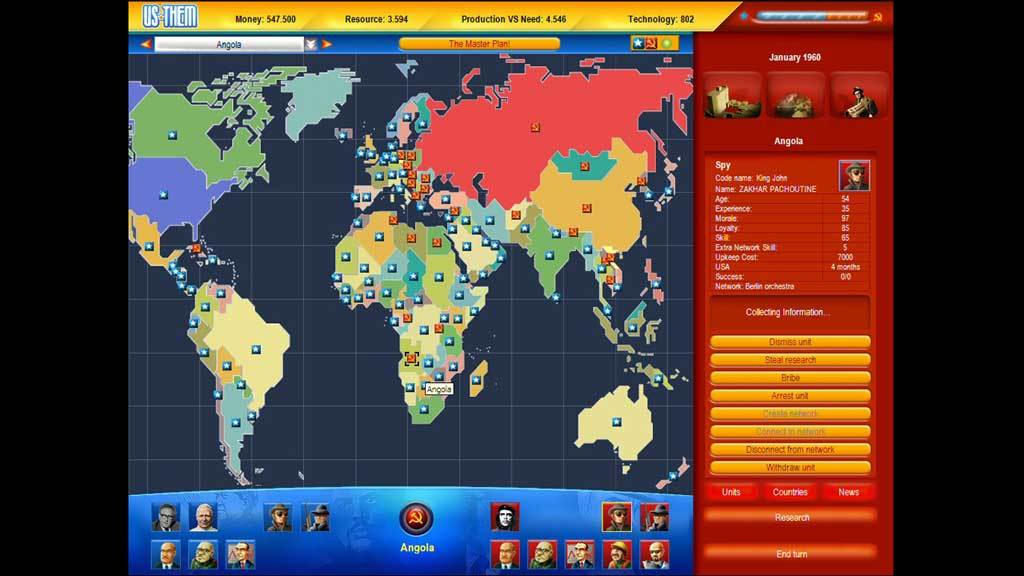 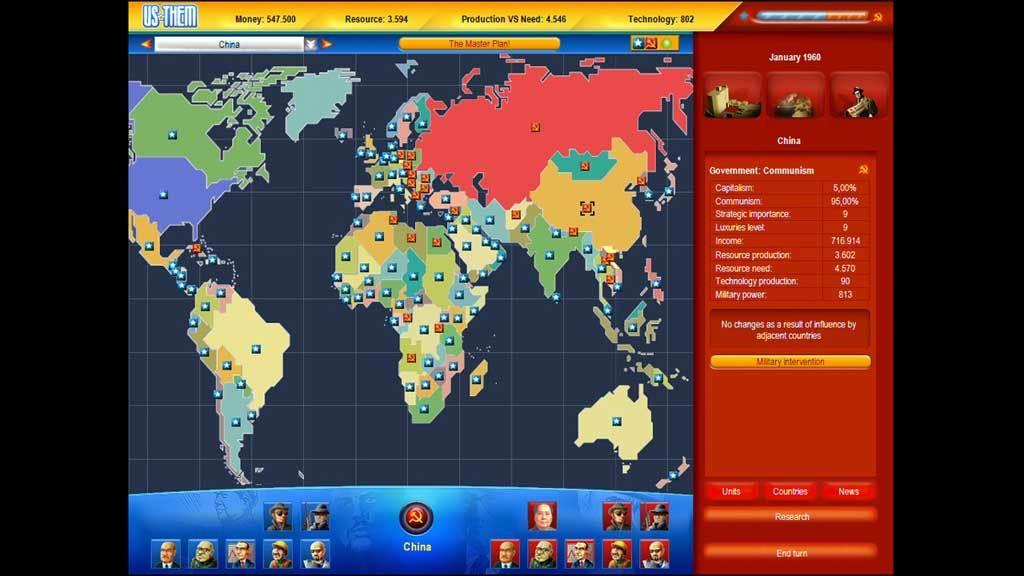 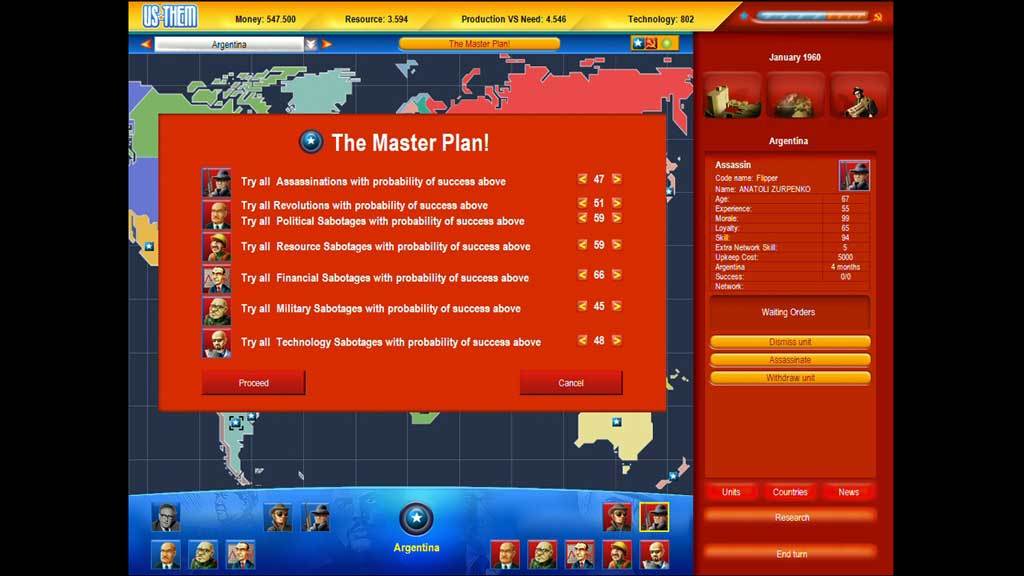 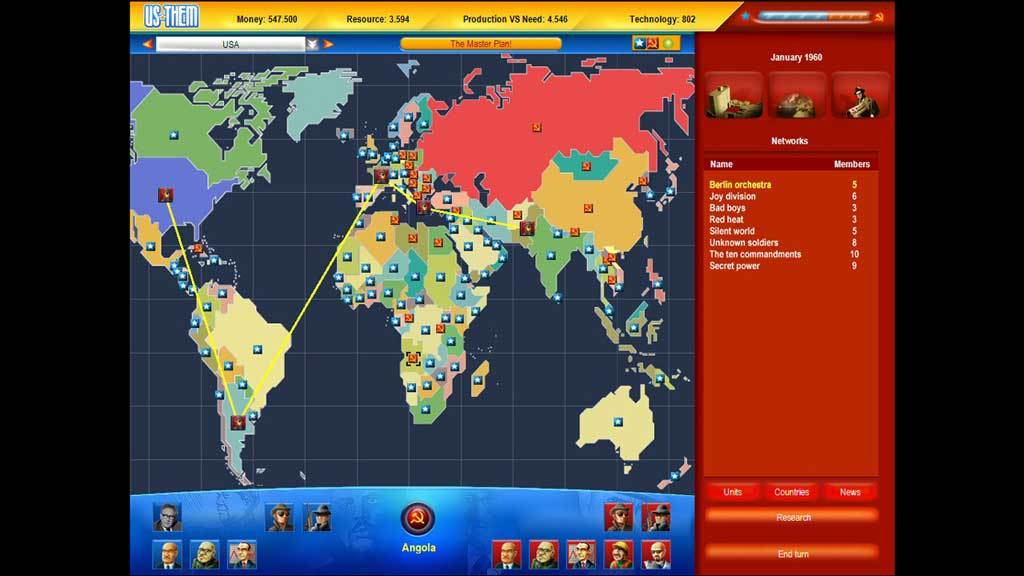 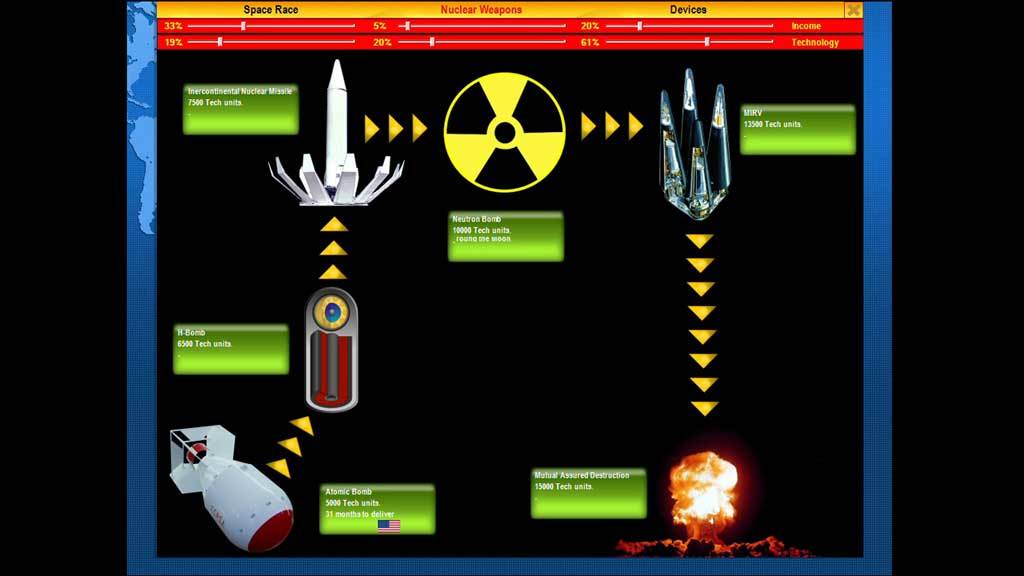 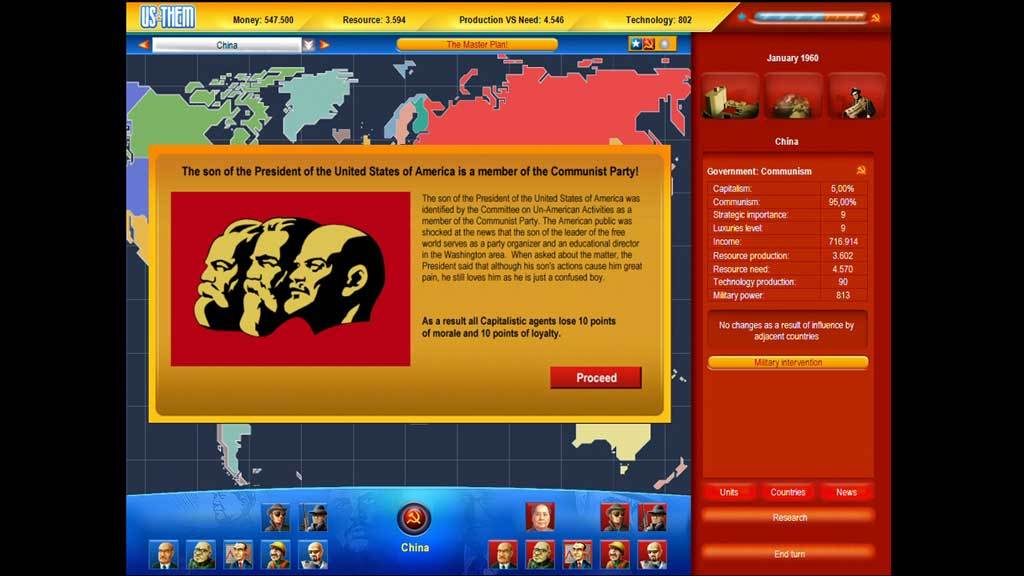 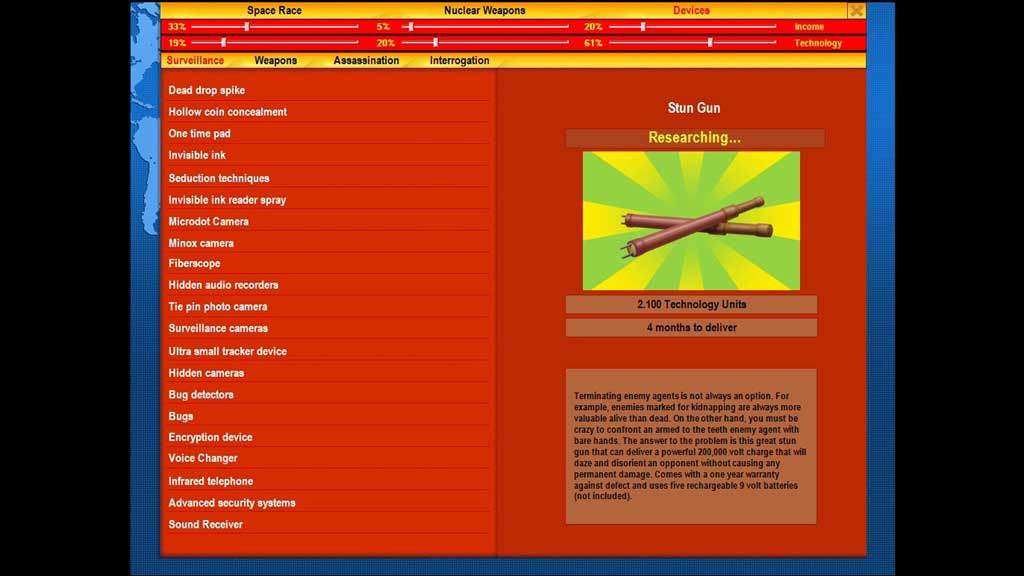 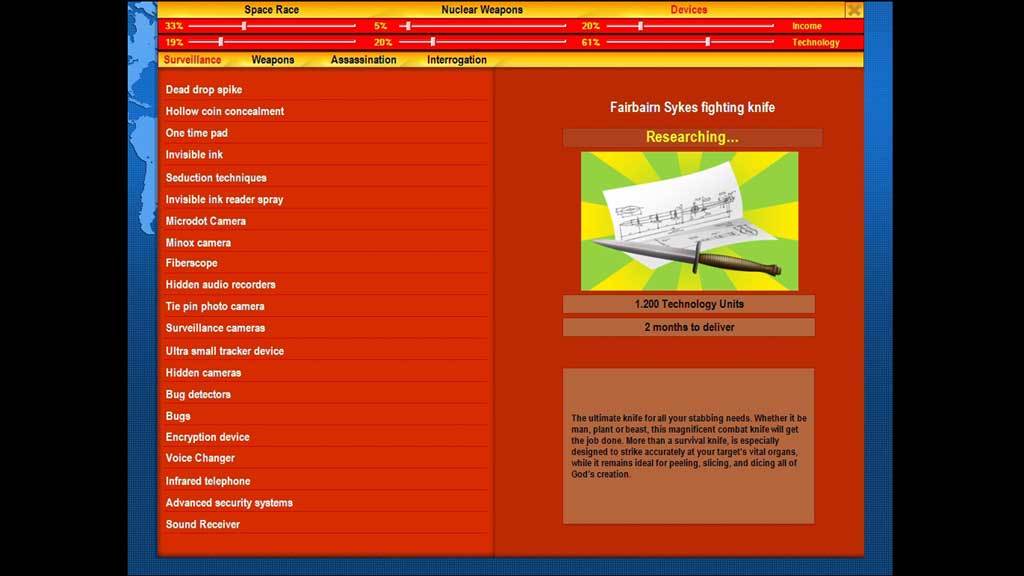 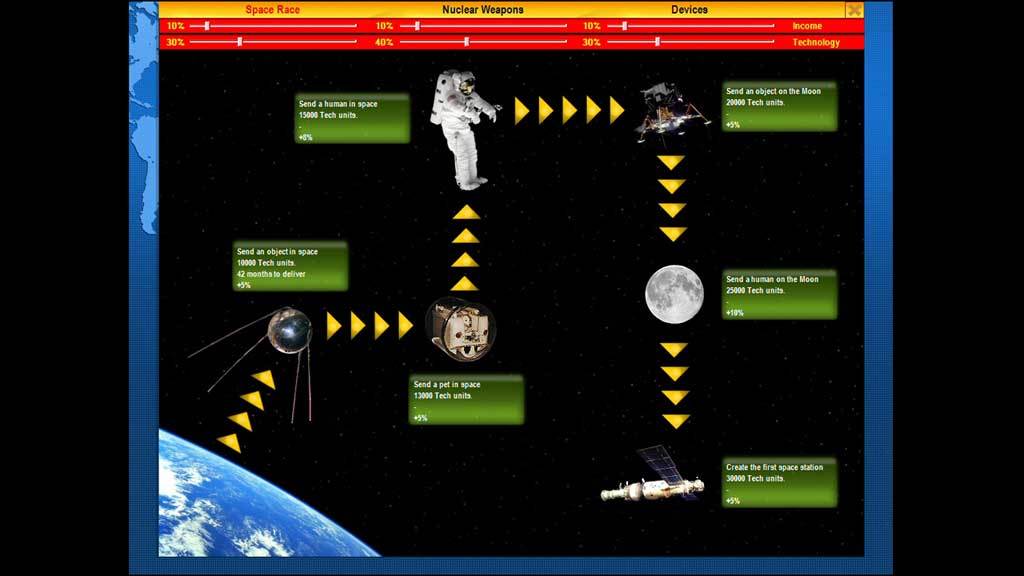 
Über das Spiel “Us And Them - Cold War” is a turn-based strategy game about cold war that you can play either as CIA or KGB.

Although it is a game of territorial expansion, the rivals do not attack their opponent using military force. Instead they are using an army of Spies, Assassins and Experts of various kinds (like economy, technology etc.) in order to destabilize the enemy's countries socially, economically, politically and finally to change their governments’ ideology and attach them in their own political block.

The player will have to manage resources like money, oil and technology. He must place his units strategically on the map and create a series of spy networks waiting for the right moment to unleash a series of sabotages, assassinations, bribes, revolutions, arrests and interrogations of enemy units. Since most of the units are hidden to the enemy, the collection and interception of crucial information about the countries, the units' attributes and their whereabouts is essential for victory. 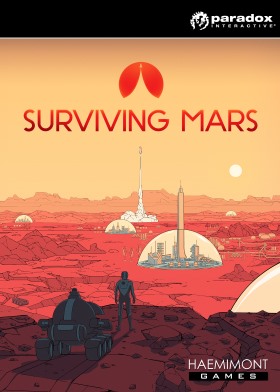 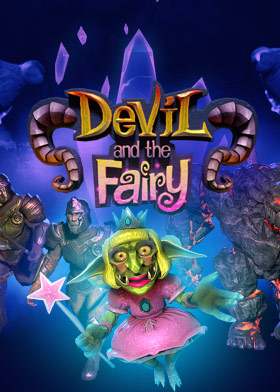 Devil and the Fairy
PC
HandyGames
9,99 € 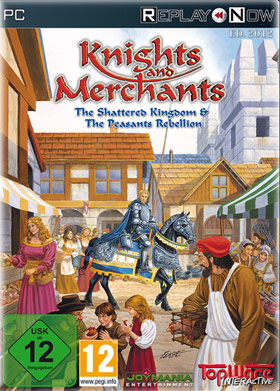 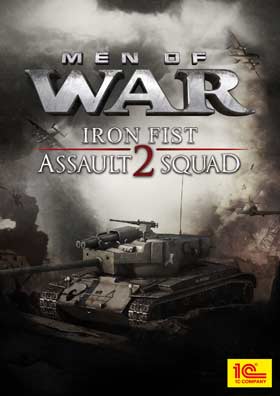 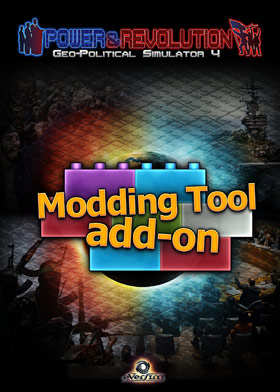